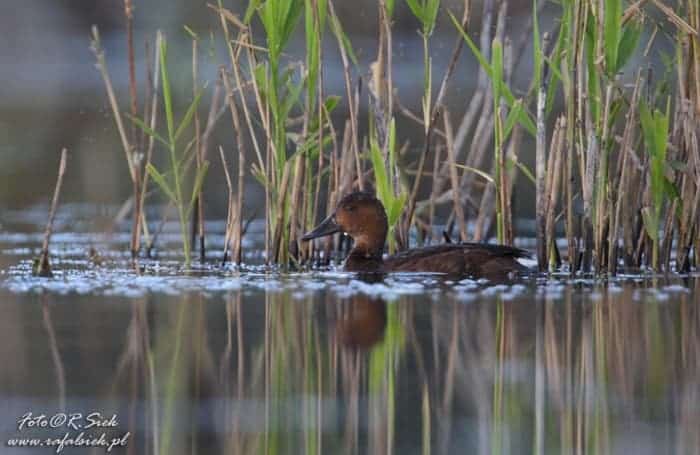 Year after year bird and wildlife watching, wins the hearts of thousands of tourists who want to relax from the hustle and bustle of the city and seek silence in natural environment.

Polesie is a unique place where you will be amazed at enchanting, wild landscapes, which are mostly unaffected by human activity. The fact that up to 250 bird species (almost a half of all bird species occurring in Poland) have their habitats in Polesie only adds to the uniqueness of this place.

Nature lovers, who plan a trip across spectacular Polesie, may choose one of thirteen bird tourist trails including walking, bicycle and car trails. The description of each trail can be found on the website: www.birdwatching.urszulin.eu.

It is a wonderful opportunity not only to get to know unusual bird species occurring in this region, but also to take advantage of other tourist attractions offered by the Commune Urszulin and the Polesie National Park.

In the Commune Urszulin in the Lublin Region up to 235 bird species can be found. Among them there are many unique and rare representatives of avifauna, for instance, the ferruginous duck in which is entered into Polish Red Book of Animals [Polska czerwona księga zwierząt], i.e. a list of most endangered species in Poland.

The ponds in Stary Brus, Pieszowola in the Polesie National Park as well as Lake Wytyckie belong to the most important breeding areas of the ferruginous duck in the country. The great grey owl, on the other hand, is an unusual species as it is one of the biggest owls in the world. It’s population in Poland amounts to barely 8 pairs.

The real ornithological gem of this region is the aquatic warbler; the inconspicuous bird has its main global habitat on the vast marshes of Polesie. The aquatic warbler chose marshes and peat bogs situated within the Commune Urszulin and the Polesie National Park to be one out of ten most important areas for this species.

Other bird species which may be found in Polesie: the ruff, the jack snipe, the red-breasted goose, the curlew sandpiper, the little stint, the pallid harrier, the hen harrier, the black swan, the black grouse, the little egret, the purple heron, the Merlin, the great snipe, the white-backed woodpecker, the grey-headed woodpecker, the short-toed snake eagle, the horned lark, the red-crested pochard, the barred warbler, the red-footed falcon, the spotted-crake, the Eurasian curlew, the long-legged buzzard, the long-tailed duck, the tundra swan, the Caspian gull, the Mediterranean gull, the little gull, the European pied flycatcher, the black-throated loon, the red-throated loon, the golden eagle, the steppe eagle, the Rosy starling, the lapland longspur, the Eurasian eagle-owl, the saker falcon, the osprey, the grey plover, the peregrine falcon, the red-breasted merganser, the snow bunting, the red-throated pipit, the terek sandpiper, the velvet scoter, the short-eared owl, the parasitic jaeger, the Pomarine skua, the European bee-eater and many, many more.

Tourist trails crossing Polesie, observation towers, especially designated places of recreation as well as a broad accommodation base make it possible to plan an extraordinary few-day trip. Educational values related to this trip should not be underestimated.

Bird watching provides us with an opportunity to get closer to the nature and get to know rare bird species in their natural habitat. For parents and their children a joint adventure may be both a practical lesson in natural sciences and a great training of patience, composure and determination.

The Project „Urszulin – after work, Polesie” is a part of the region brand using ICT tools. Co-financed from the European funds and designated subsidy within the Regional Programme for the Lublin Province for 2007-2013, Priority Axis: II economic infrastructure, Measure 2.4, Scheme B.