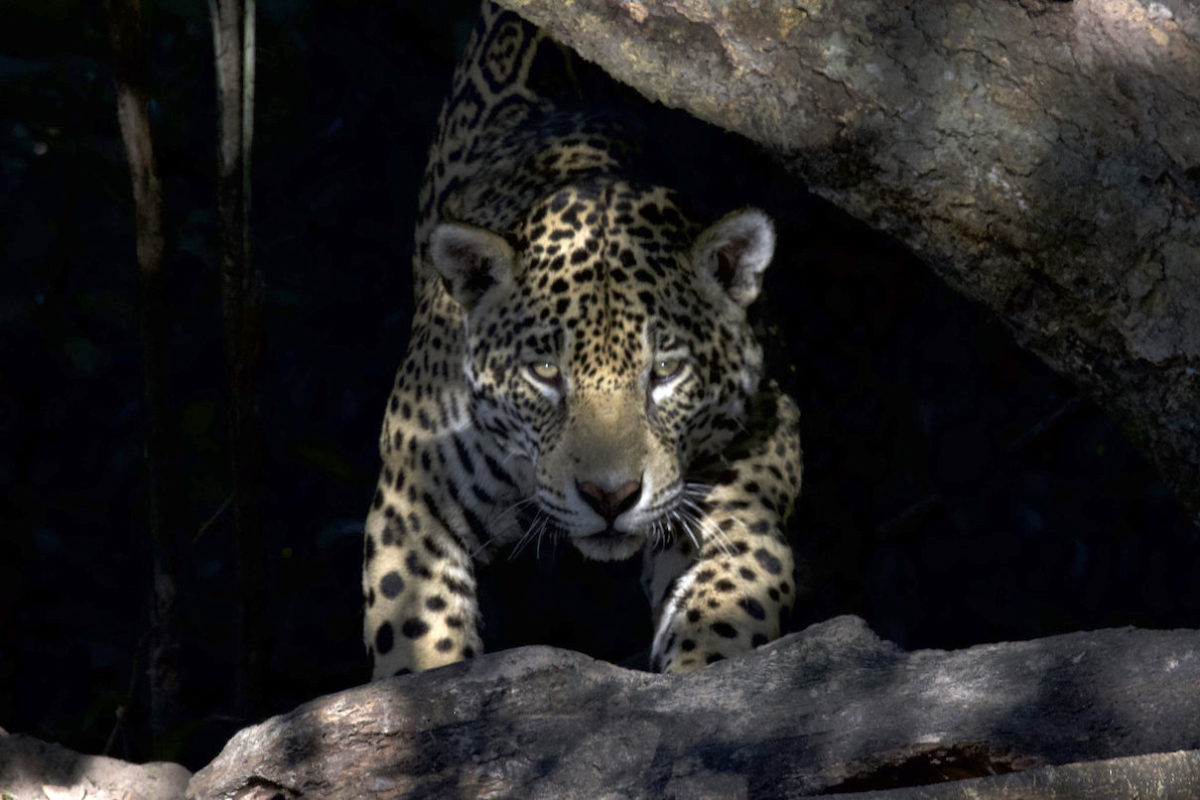 Fernando Tortato usually spends his time scanning camera trap footage to monitor jaguars in the Pantanal, the world’s largest tropical wetland, a region that sprawls across Brazil, Bolivia and Paraguay. But for the past 45 days, he’s taken on a new role as a firefighter, sometimes working grueling 24-hour shifts to help extinguish the flames that have been ripping through the Pantanal since late 2019, only to recently worsen in June and July. As Tortato describes it, the fires have been like a “wave burning through everything.”

“In the Pantanal, it’s a wetland, and normally we have some rivers, water channels, lagoons, swamps that are natural barriers for the fire,” Tortato, a jaguar program conservation scientist for Panthera, a global wild cat conservation organization, told Mongabay “But this year, with this condition — totally dry — these barriers don’t work … and with that, it creates a fire on a scale that we never saw.”

This year alone, it’s estimated that the fires have burned approximately 3.3 million hectares (8.1 million acres) of the Pantanal, according to data compiled by the Federal University of Rio de Janeiro’s Laboratory for Environmental Satellite Applications (LASA by its Portuguese acronym).

That’s about 22% of the entire region, and approximately six and a half times the size of Grand Canyon National Park. It’s believed that many fires were deliberately lit by people clearing land for agricultural purposes, but the widespread drought plaguing the Pantanal is fueling the flames.

Many species have been adversely affected by the fires, particularly small vertebrates like reptiles and amphibians, which can’t easily outrun fires. Conservationists are also concerned about the jaguar (Panthera onca), a species that draws large numbers of tourists to the region each year. As a near threatened species, jaguar numbers are already on a downward trend due to habitat loss and fragmentation, as well as human-wildlife conflicts, and the fires could place further pressure on the struggling species.

While the overall jaguar population across Central and South America is estimated to be between 65,000 and 170,000, the Pantanal’s jaguar corridor hosts a small, but vital core population of about 2,000, according to Howard Quigley, conservation science executive director for Panthera and member of the IUCN. Cat Specialist Group.

Based on the amount of land burnt in the Pantanal, it’s believed that approximately 600 jaguars have had their habitat impacted by the fires, which could lead to food insecurity issues for the species, Quigley told Mongabay in an email. It’s also likely that many jaguars have been injured or killed by the fires. So far, the Panthera team and its partners have found one jaguar dead and four individuals with burn injuries.

“In the big picture of range-wide viability of jaguars, this can be seen as just another blip on the radar of jaguar survival, having very little overall impact,” Quigley said. “On the other hand, jaguars are enduring the metaphor of death by a thousand needle wounds, and this is a big one.

The biggest jaguar populations in the Pantanal are based near Gran Chaco, Paraguay, and Noel Kempff Mercado National Park in Bolivia, according to Quigley. If the fires severely impact these populations, the species could experience genetic instability into the future, he said.

“With the fires in Bolivia last year, this could be a bit of a one-two punch for the regional jaguar population to endure, though not a knock-out blow as far as we can tell,” Quigley said.

For jaguars, escaping the flames isn’t a straightforward process. Many of the fires are burning underground and visually undetectable, making it difficult for the jaguars to avoid them, Tortato said.

“They can burn their paws because they cannot see the fire,” he said. “It’s hard for animals, and it’s hard for us, to identify these places [where fire is burning].”

The Panthera team is working with the government, local communities and other organizations to try and save as many wild animals as possible. So far, they’ve helped a turtle, two anacondas, several iguanas, and two jaguars, including a 4-year-old female, named Gloria, who was rescued by community members after her paws were badly burned.

“When people noticed her seeking refuge around the community, they immediately acted to save her,” Rafael Hoogesteijn, conflict program director of Panthera’s jaguar program, said in a blog post. “In other parts of Latin America, she might have been killed on the spot. But in this region of the Pantanal, the relationship between people and wildlife runs so deep that the community did everything they could to save her. They kept this four-year-old big cat alive until she could be brought to a rescue center and get medical treatments. Gloria is healing nicely, and veterinarians are continuing to monitor her in hopes of a future release.”

The team is also working to help local people, many of whom are already struggling due to the COVID-19 pandemic, which has dried up tourism revenue this year.

This week, it began to rain in the Pantanal. While the southern region has gotten a good drenching, the northern part has only experienced light rain thus far. “[It’s not] sufficient to put out the fires,” Tortato said. Yet he says that he and his colleagues are hopeful that the region will recover ecologically, at least to a certain extent, once the rains finally come.

“Maybe the Pantanal will not be the same … but it [should] create a new composition of wildlife,” Tortato said. “We don’t know. Normally, research has more questions than answers. That’s the problem.”

While it remains unclear how the fires will influence jaguar populations into the future, there is a potential silver lining for the species. In the Pantanal, jaguars prey upon caimans and capybaras, and at this time of year, those species tend to live in the water, which likely aided their survival. Their abundance would create an easy food source for any survivors.

“Jaguars should have plenty to eat over the coming months if they take up or maintain territories that overlap bodies of water,” Quigley said. “The survival question then becomes how the jaguars will make it through the wet season when the main prey disperse into the huge expanse of water that is the Pantanal from January to May.”

This article by Elizabeth Claire Alberts was first published on Mongabay.com on 24 September 2020. Lead Image: A jaguar in Brazil’s Pantanal. Image by Gregory “Slobirdr” Smith / Flickr.