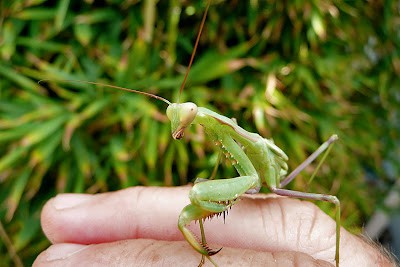 Praying Mantis or Mantid – Quite a common insect. Two forms are around – the green one like this female and the beige coloured form. We have lots of young ones in the shrubbery right now.