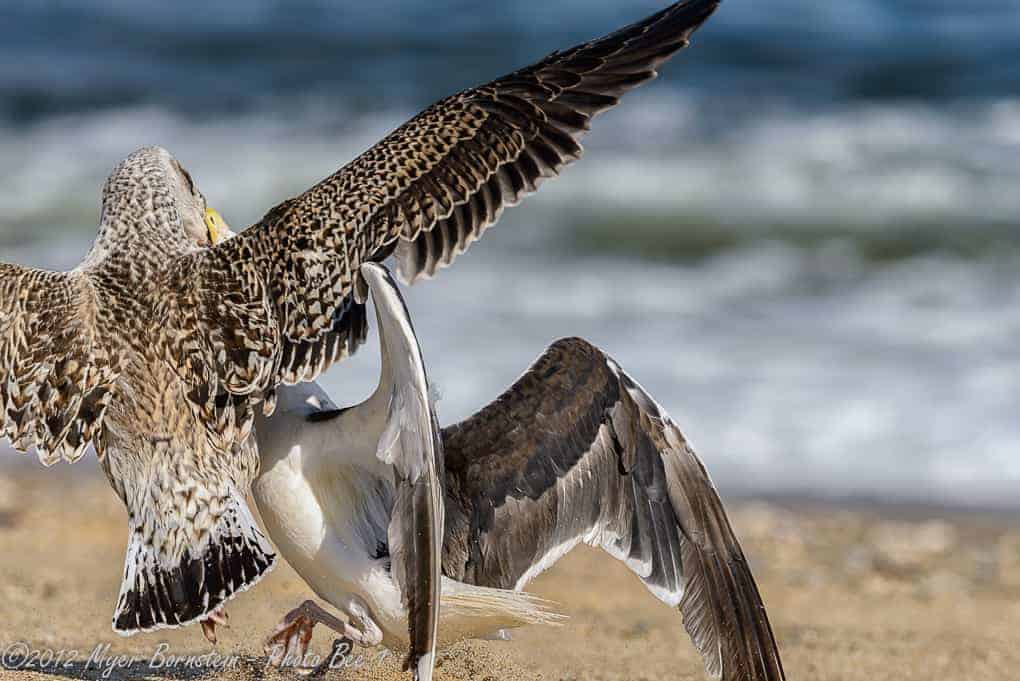 For this photograph. I had the right camera, but the wrong lens, I was out hiking on the beach and only was carrying my D 800 with a 500 mm lens on a tripod and did not bring any other lens with me because of weight considerations.

There was a dead fish on the beach and the great black back gulls were feeding on it. A juvenile in first winter plumage came into feed on the fish and the adult great black backed gull felt the fish was says and decided to attack the younger gull. Even with the clipped wings, I like the action in this photograph. However, I wish I had my 70-200 mm lens to capture the entire action