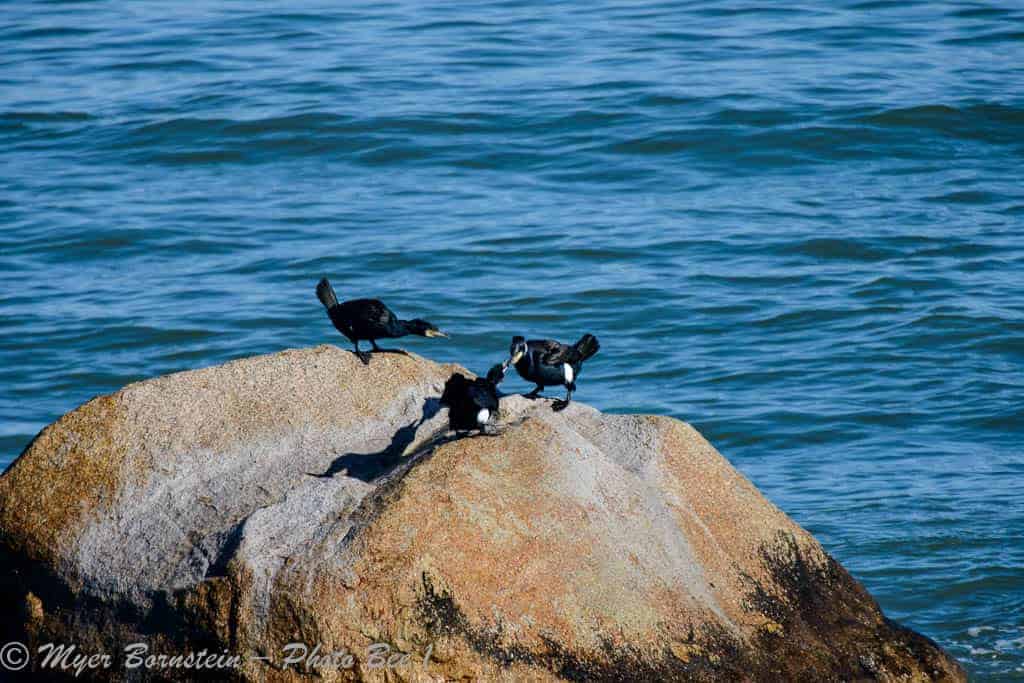 The Great Cormorant (Phalacrocorax carbo ) is usually only found in the Massachusetts coastal areas starting in September and then they disappear by mid April. In late winter to early spring, what helps distinguish the Great Cormorant from the Double-crested Cormorant is that the Great Cormorant has a broad white border to the gular pouch and white hip patches. Also, starting in the spring, they develop whitish feathers on the side of the face and nape. The day I photographed these Great Cormorants, there was an extremely high moon tide, and most of the rocks that they rest on were on the water, except for this one, which was close to the shore and allowed some photographs.