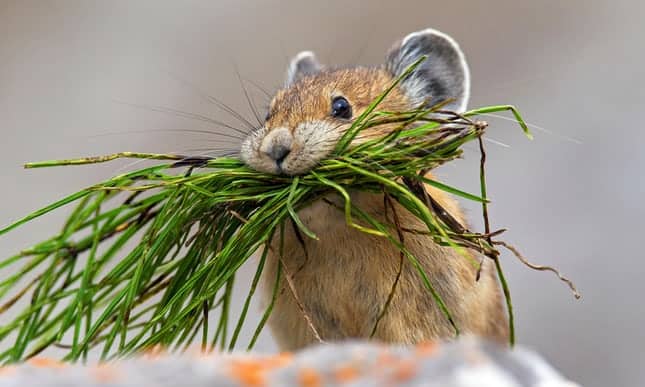 Each day increasingly dangerous hurricanes, wildfires, and floods betray the influence of climate change. We are appalled at the accruing losses of life and property. The arguments to address climate change at the recent UN climate conference in Bonn focused most often on these more concrete risks.

However, the worst effects of climate change will come not from severe weather but from the irreversible loss of species and ecosystems.

Moulded over millions of years by natural selection, the diversity of species on Earth does more than just inspire awe. They are technical marvels and solutions to problems we do not yet know exist.

Scientific evidence now suggests that the Earth has embarked on its sixth extinction crisis, on a par with those executed by extraterrestrial asteroids and geologic upheavals. But this time we are at fault. Most current extinctions ensue from land use and overexploitation, but climate change is now catching up and accelerating these risks.

A couple of years ago I began obsessively scanning thousands of scientific papers for extinctions predicted from climate change. I collected more than half a million predictions including plants and animals from seven continents and the ocean. Surprisingly, I found that species extinctions would not just increase with global warming, but speed up in a rising arc. If we continue emitting current levels of greenhouse gases, climate change could threaten 16% of species – more than a million – by 2100.

Rising heat is pushing pikas to the top of the mountain, where they have nowhere else to go. They can’t climb sky

Look out of your window and count six species. Now imagine one is gone forever.

We risk losing common, backyard species like the saltmarsh sparrow. About 50,000 of these yellow-cheeked birds nest precariously above normal high tides along the east coast of the US. Scientists predict that climate-amplified tides will wipe this bird off the saltmarsh – and the Earth – in a few decades.

We are already losing the American pika, a rabbit-like creature adapted to life on western North American mountaintops. Even mild temperatures at mid-20C (mid-70F) transform its alpine coat into a hairy death suit. Rising heat is pushing pikas to the top of the mountain, where they have nowhere else to go. They can’t climb sky.

We have just lost the Bramble Cay melomys. This beach rat lived on an Australian coral cay surrounded by the rising seas of climate change. Last year, scientists mounted a rescue mission, but found nothing but a storm-swept island.

As more and more species are threatened, we risk losing Earth’s greatest resource: the library of natural selection. By encoding millions of years of the answers to nature’s travails, biodiversity gives us the drugs in our medicine cabinet, the tools in our intellectual workshop, and solutions to the world’s present and future problems. We are burning the greatest books on Earth before we have read them.

The human race is capable of great things, and no greater task lies ahead of us than protecting the greatest diversity of life in the universe.

First, the US must recommit to the Paris climate agreement and keep the Earth from heating beyond 2C. Above this limit, extinction risks accelerate even faster.

Second, we need the equivalent of a biological Manhattan Project for predicting and preserving biodiversity. We still know so little about life on Earth. We often do not know which species are most at risk or how best to save them. Everyone from citizens to scientists needs to get back outside and study how nature works.

Third, we need to harness the computing horsepower of the software industry to create next-generation forecasts of species’ responses to climate change. We can explore endless permutations of those digital species to predict threats and test solutions. Imagine a computer game that simulates nature, all within our laptops.

Fourth, we need to design robust management strategies to protect the most species possible. We can use corridors to network parks so that species can track moving climates. We can help poor dispersers by identifying and protecting refugees and, in extreme cases, moving species ourselves. We can even help nature adapt to climate change by maintaining large, genetically diverse populations.

Heat waves, severe storms, and melting sea ice are alarming impacts of climate change. But extinctions are the only impacts that cannot be reversed. Even the disappearing ice will return.

Every day we wait, the Earth warms, and we climb higher up the arc of extinction.

This article was first published by The Guardian on 28 Dec 2017.