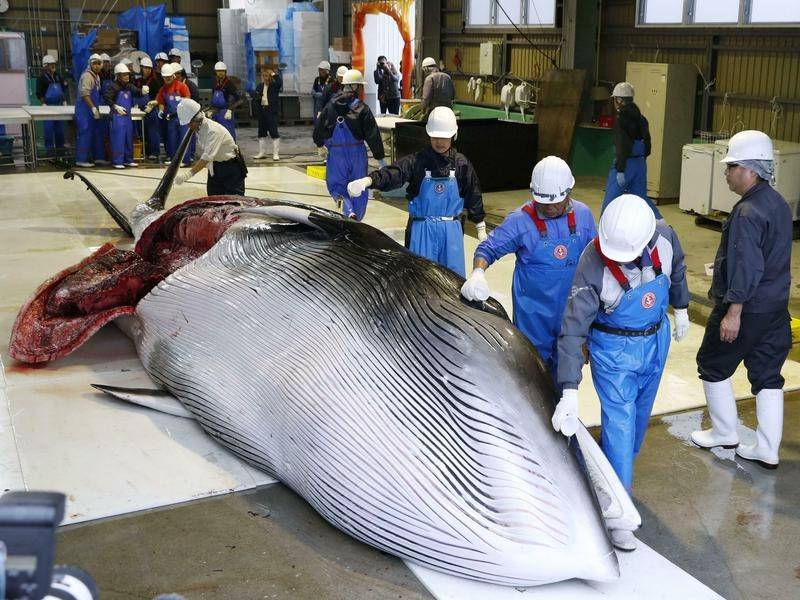 Japan has passed a law to financially support commercial whaling and promote the consumption of whale meat, a controversial practice that the country resumed in July after a 32-year moratorium.

The revised law won the support of the Diet (Japanese parliament) on Thursday, although there has not been an official announcement by the government, public broadcaster NHK reported on Friday.

A law financially backing commercial whaling has been passed by Japan’s parliament.

Under this law, the government will support the country’s whaling industry in securing ships and crew, besides promoting the consumption of whale meat in schools, the broadcaster added.

It also urges the industry to respect the quotas set by Japanese scientists to ensure sustainable whaling and includes measures against illegal trade of whale meat.

This law comes after Japan decided to resume commercial whaling in July, which eventually led to the country’s withdrawal from the International Whaling Commission of which it had been a member since April 21, 1951 that prohibits the capture of cetaceans.

Japan’s whale-hunting activities have led to condemnation from the international community and an International Court of Justice ruling against Tokyo, which defends the activity as being a part of its tradition and citing its economic importance, despite the currently modest demand in the country for whale meat.

In the Asian country, whaling provides direct employment for around 300 people, without including the processing and packaging industries for whale meat, according to data provided by the government.

The annual consumption of whale meat in Japan has hovered around 5,000 tons in recent years, a demand which is largely filled by imports, and is a far cry from the peak demand of 230,000 tons per year reached in the 1960s, when it was commonly consumed all over the country, including school lunches.

This article was first published by The Canberra Times on 6 December 2019.