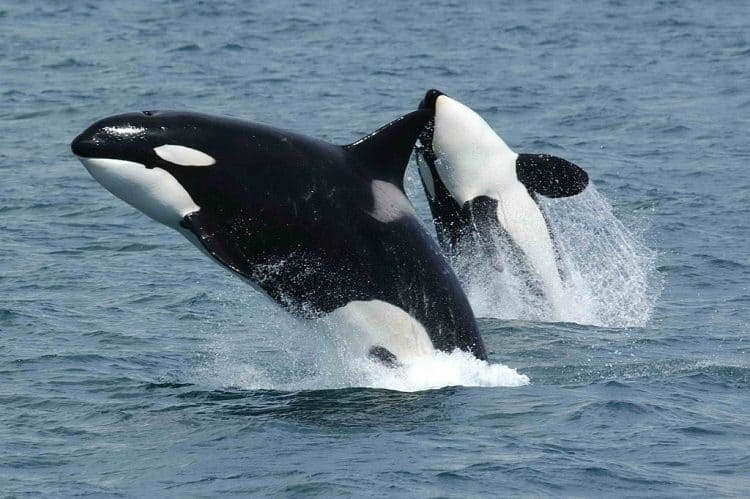 The last of the nearly 100 whales held captive in what’s been termed a “whale jail” in Russia’s Far East have finally been freed back into the ocean — although the releases have been far from ideal, conservationists say.

Late last year, drone footage revealed 87 beluga whales and 11 orcas packed in cramped, icy pens in Srednyaya Bay. The whales had reportedly been caught by four companies during the summer of 2018, and were allegedly due to be sold to marine parks and aquariums in China.

Following international outrage, Russian President Vladimir Putin intervened and authorities launched an investigation into the capture of the whales. Russian officials also signed a joint agreement with U.S-based nonprofits Ocean Futures Society and The Whale Sanctuary Project in April announcing that all the captive belugas (Delphinapterus leucas) and orcas (Orcinus orca) would be released back into their natural environment.

In June, a court ruled that the whale captures were illegal. Later that month, the first wave of the whale release began. Two orcas and six belugas were moved 1,770 kilometers (1,100 miles) by truck, then transported by boat to the Sea of Okhotsk, from where the mammals had originally been captured.

Activists and conservationists, however, at the time criticized the lack of transparency in the release effort and the manner in which the whales were “dumped” into the sea, without a proper rehabilitation process in place. The remaining belugas and orcas continued to be released in batches over the following months.

On Nov. 10, Russian authorities announced that the last of the 50 beluga whales had been released in Uspeniya Bay, in the Primorsky region, about 100 kilometers (62 miles) away from the holding facility. This is not the whales’ native habitat, Jean-Michel Cousteau, president of the Ocean Futures Society, and Charles Vinick, executive director of The Whale Sanctuary Project, said in a joint statement.

“This outcome is not ideal for the belugas, since this is not their normal habitat or the area where they were captured,” the statement said. “Nonetheless, we trust the intention of Russian government authorities to release the belugas, despite limitations due to the availability of ships, inadequate finances, and weather conditions.”

Cousteau and Vinick added that North Korean fishing vessels frequent the area where the belugas have been released, and the whales could be at risk of poaching. They called on the government to monitor the 50 belugas over the short term and the long term.

“We hope that the location will make it possible to carry out regular visual monitoring of the belugas for a full 30 days after release and actively over the first six months after release,” they said in the statement. “We also hope that visual monitoring will help reduce concerns about threats from North Korean fishing vessels that we understand are poaching in the area and that the Russian government will do what is necessary to protect the belugas from repeat capture.”

The “Whale Jail” Is No More.

The last belugas were released in the Bay of Uspeniya Lazovsky. The notorious “whale jail” that held 10 orcas & 87 belugas captured for marine parks in China is empty.

The rescue is the largest in history & a remarkable achievement. @Whale_Sanctuary pic.twitter.com/rpgbmouVwA

Russia’s Research Institute for Fisheries and Oceanography (VNIRO)told TASS, a Russian news agency, that it has been monitoring the whales. Some of the belugas are still in Uspeniya Bay, it said, while others have moved away from the points of their release. Some have even migrated up to 40 kilometers (25 miles) away.

“Now, we can say that the animals were set free in good physical condition and are vigorously adapting to the wild, using the opportunities for food available in Uspeniya Bay and along the Primorsky Region coastline,” VNIRO told TASS.

This article by Shreya Dasgupta was first published on Mongabay.com on 15 November 2019.