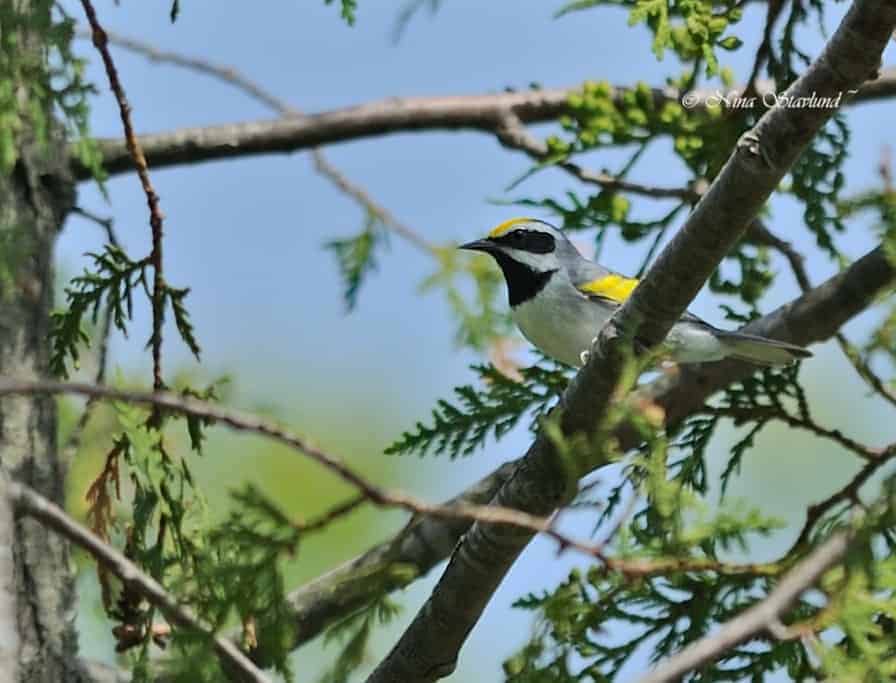 We started bright and early for our carolinian adventure to Chaffey’s Locks. We had a hot and wonderful day exploring the area, where some of our best songbirds were Yellow-throated Vireo, Scarlet Tanager, Black-billed Cuckoo, Cerulean & Golden Winged Warbler. On the raptor side we had several Red-shouldered Hawks, a few Broad-winged Hawks and Coopers Hawk. But, the highlight of the day was seeing a Brewster’s Warbler and on our last trail, we encountered 3 Barred Owls! It was an amazing site and a big surprise!

Visit our website “Always an Adventure with Tony and Nina”