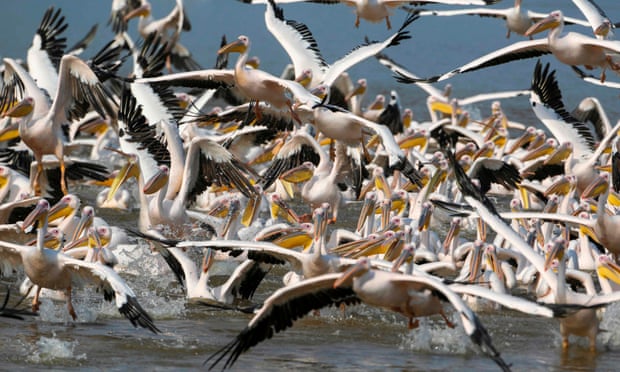 Seven hundred and fifty pelicans have been found dead in a Unesco world heritage site in northern Senegal that provides refuge for millions of migratory birds, the country’s parks director has said.

Rangers found the pelicans on Saturday in the Djoudj bird sanctuary, a remote pocket of wetland near the border with Mauritania and a resting place for birds that cross the Sahara into west Africa each year.

An unverified video published on local media showed hundreds of pelican carcasses scattered on a beach, muddy and darker than their normally eye-catching white.

Bocar Thiam, director of Senegal’s parks, said in an interview: “We took some samples for screening and we hope in the near future to know what caused the death of the pelicans.”

The sanctuary is a transit place for about 350 species of birds but only pelicans were found dead, he said. Of those killed, 740 were juveniles and 10 were adults.

Authorities have closed the park and ordered the incineration of the dead birds as a precaution.

This month, Senegal reported an outbreak of the highly pathogenic H5N1 bird flu on a poultry farm in the Thies region about 190km (120 miles) south, resulting in the culling of about 100,000 chickens.

This article was first published by The Guardian on 28 January 2021. Lead Image: Senegal authorities are incinerating the dead pelicans and have closed Djoudj bird sanctuary while they investigate. Photograph: Menahem Kahana/AFP/Getty Images.