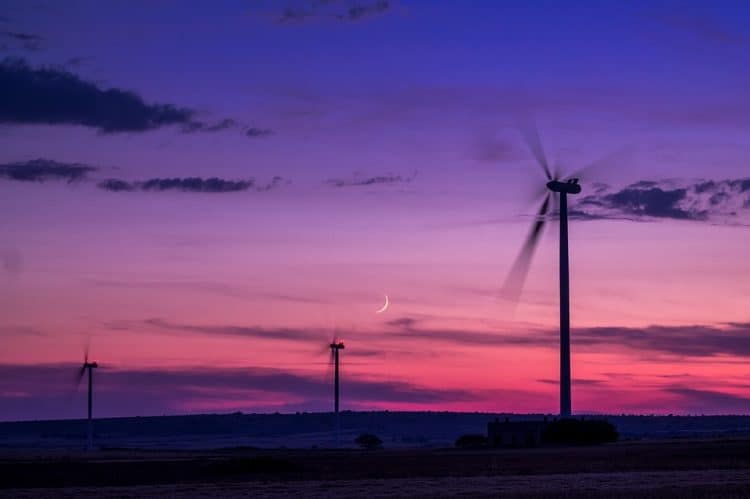 This is great news for wind farm schemes across the globe who are already seeing fantastic results from the use of renewable energy and the industry that offers a great alternative to harmful coal and oil mined energy. The industry has shown some great insights to what the future brings and the wind farm business is booming.

This information may come as a surprise to anti-wind farm campaigners who have often argued the idea that the wind farms would have a negative effect on wildlife that surround the wind farms, with concerns regarding the disruption and degradation of marine life and effects to birds who fly through the areas being hit by the large blades. This new study actually revealed that there is little evidence to justify those claims as a result of this study. The concerns have been somewhat unfounded due to the little evidence that shows any negative effects on surrounding wildlife, in fact it actually shows the opposite for marine life who surround the farms such as mussels, anemones, crabs and other organisms who are provided a new habitat.

The biggest negative effect is said to be that a few bird species actively avoid the wind farms and simply fly around those areas. The wind farms themselves provide a healthy contribution to increased biodiversity and actually provide a calming oasis in an area that would otherwise be a relatively busy and hectic coastal area.

The research was sponsored by NoordzeeWind which is a joint venture of Shell Wind Energy and Nuon the results of the research insinuate that offshore wind farms may actually have a beneficial long-term effect on wildlife surrounding the wind farms.

The survey concluded that more often than not birds avoid the turbines and seem entirely unflustered by their being. Bird species such as gannets tend to avoid the turbines all together, seagulls fly around and local cormorant numbers actually increased.

The number of birds that actually collided with the turbines was not determined however, but it is estimated that the number would be quite low on the basis of the observations made during the study using model calculations.

The study noted that the success of the wind farms will vary on their position but the offshore wind farms have the opportunity to contribute to the curation of a more prominent and diverse habitat and help nature recover from the results of humankind. The possibility to help populations recover from overfishing, pollution, oil and gas extractions and shipping are an opportunity that was not fully considered when looking for an alternative and renewable energy resource.

The report also recognised that some bird species can be affected negatively as a result of wind farms but this is actually more to do with the placement of the wind farms and recommendation can be made of locating future wind farms in specific areas to minimise any possible negative impact, no matter how small that possibility is.


What you can do