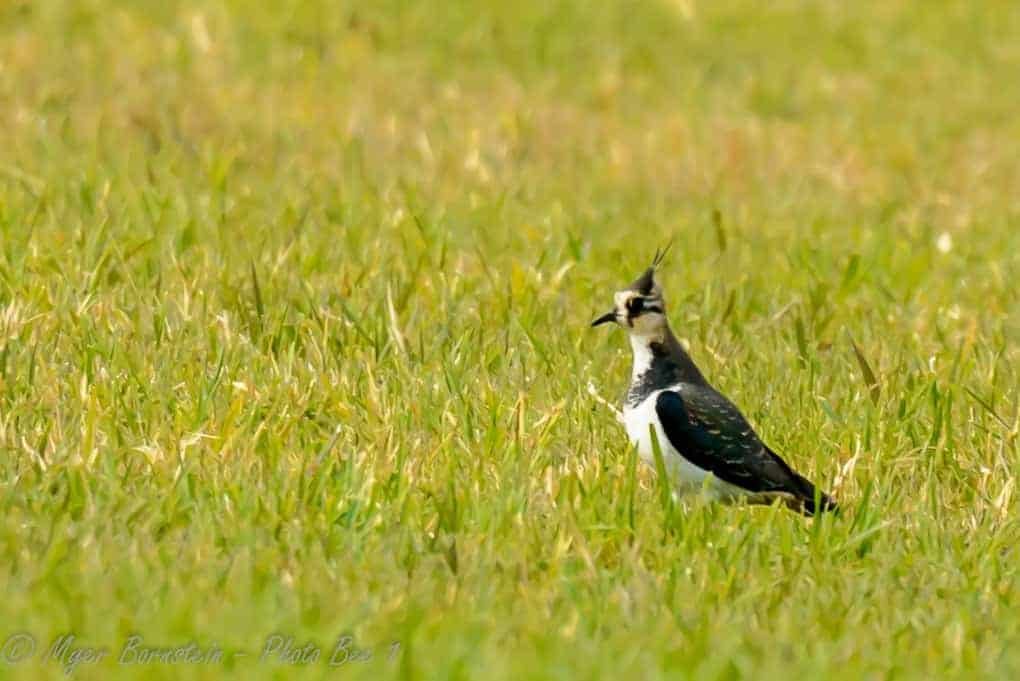 Thanks to hurricane Sandy, we have had an influx of the Northern Lapwing into North America, with 12 confirmed sightings, in Massachusetts, Maine, New Jersey, Nova Scotia, New York and Newfoundland.

An excellent explanation of why this has occurred was explained in the BirdCast site.

Here in Massachusetts, the first sightings were on Nantucket Island, and I was contemplating traveling out to see the Northern Lapwing.

However, a report showed up on Massbird that told me that there was a Lapwing near to my house, so I could just drive to the location.

I immediately got my equipment together and left then drove to the Cumberland fields (an important birding area) and joined the observers that were already there.  First thing that I did was to look through one of the observers spotting scopes and identify the lapwing, that way I could enter it on my life list.  Then out came the camera lens and tripod to capture this “lovely” bird for posterity