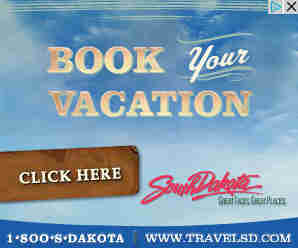 Imagine my amazement this morning to see a Google advertisement inviting me to hunt wildlife in South Dakota – and I live in Switzerland! It seems that South Dakota is being promoted as the ideal tourist destination for wildlife hunting.

So I clicked on the advertisement and within a few minutes realized that wildlife hunting is a big business for the Department of Game Fish & Parks in South Dakota (GFP-SD).

Their mission and objectives state : One of the most challenging aspects of our work at GFP is managing South Dakota’s big game populations for our citizens. The most effective tool we have for management is through our hunting seasons.

GFP-SD actively promotes licensed hunting of both wild birds and mammals with guidelines for residents and non-residents on both private and public land:

(**) Only hunters who applied for and received a Tundra Swan License in the lottery are eligible to hunt.

The scale of this activity is proudly published by GFP-SD in their document entitled “pheasant economics”. Apparently last year 69,120 resident hunters and 95,077 non-resident hunters spent $225.9 million in South Dakota in order to shoot 1,555,307 pheasants. It seems that your average, humble pheasant generates a “one-time” income of $145 for the population of South Dakota!

Furthermore it seems that GFP-SD has a “Pheasant Management Plan from a Social Perspective” and proudly publishes statistics demonstrating that the pheasant population is well managed and sustainable.

An estimated 5.1 million pheasant survived with a population density of 3.55 pheasants per mile.

The surviving pheasants went on to re-produce 5.8 chicks per brood with 41 cocks per 100 hens!

I don’t think that GFP-SD has managed to study the economics and sustainability of all of the wildlife species included in their other licensed hunting programmes.

When will people realize that our wildlife population is not unlimited and is actually declining due to factors other than hunting? Hunting can only accelerate and aggravate the decline!

Would it not be better to shoot with a digital camera instead of a rifle? The challenge and the skill required with a camera is just as great. The high-resolution digital image is your benefit instead of a bleeding carcase – and the animal lives to be photographed another day by someone else.

Is such indiscriminate hunting of wildlife also legalized, sanctioned and actively promoted in other States apart from South Dakota? It will be of great interest to learn whether this activity is limited to just one State or whether it is widespread.

Ken, a scientist by training held various management positions in the chemical and pharmaceutical industries during his professional career, enabling him to travel extensively throughout Europe, the Americas, North Africa, Asia and Japan. Ken has always been a keen photographer and bought his first telephoto lens 10 years ago. This was the beginning of his interest in bird photography. Since then he has also become an active supporter of birding and wildlife conservation.

Ken, a scientist by training held various management positions in the chemical and pharmaceutical industries during his professional career, enabling him to travel extensively throughout Europe, the Americas, North Africa, Asia and Japan. Ken has always been a keen photographer and bought his first telephoto lens 10 years ago. This was the beginning of his interest in bird photography. Since then he has also become an active supporter of birding and wildlife conservation.

Hunting brings in revenue, period. This is well accepted in many states. Utah for sure and also Texas has hunting farms, or used to before Harvey.

Hey, I’m from South Dakota. I LOVE hunting. It is what we do for fun, but we also make sure the next generations will be able to hunt. The population of pheasants have increased by ten fold in the last 100 years due to hunters. In South Dakota, every license price is to pay to help keep the animals around for hundreds of years. Therefore, if you really want to help the wild life in South Dakota, the best way to do it is to buy a license and not use it. Please respond if you have questions, Thanks.

Hello Ken Billington, you seem to be pretty knowledgeable about wildlife and with your expertise you are probably more educated than the fish and game people about how to manage wildlife. Can you tell me, with all the pheasant hunting in south Dakota. Are there more or less Pheasants in South Dakota than 150 years ago? Thanks Mark, Please reply.

just say no to hunting

They should hunt you all for sport…you all are MONSTERS!!!! Not Margaret..God bless you

I live in South Dakota. Its all about the hunting. I was born & raised here, & I am the oddball because I hate hunting. They have 10-year old kids hunting with high-power rifles. The wildlife suffer terribly. Especially in the deep south & midwest, hunting is loved.

This, like many issues is complicated and very divisive. Just look at the responses in this blog post. While I am not a hunter and can’t understand why anyone would trophy hunt (hunting for food is another matter). I do know that organizations such as Ducks Unlimited and others do a lot for conservation and we wouldn’t have some of the wonderful refuges that we have in the US without their support. What I have a problem with is hunting animals that don’t have large populations and are impacted by the numbers killed (Bison, wolves, wolverines, etc) and cowardly hunting… Read more »

If wildlife populations become too low, they will hear no bigger voice than the voice of the outdoorsmen and women that hunt them. Without hunters and fishermen, the voices that oppose the relentless drainage of wetlands and destruction of habitat at the hands of greed and human consumptive power would be left without their most powerful ally. Millions of acres of wetland and other habitat has been restored by the money generated from the pockets of hunters. Entire, landscape wide populations of Turkeys and Deer have been reestablished. The conservation movement is largely and to a great extent founded on… Read more »

A lot of my neighbors aren’t too fond of Canada Geese, who poop everywhere, tie up traffic, sometimes chase people and are just a darned nuisance here in the suburbs. Walking in the parks isn’t much fun. There’s signage to “curb your pet” and “pick up their poop” but it seems rather pointless with goose feces everywhere.

A lot of people don’t take their children to the parks or preserves any longer, because of the goose problem

Me, I’m glad the coyotes are back.

Bravo to you for saying what you think and feel knowing you would get reactions on both sides of the issue. Hunting IS allowed in most US states. It is part of the so called Management of wildlife (which is another subject all together). Is there no hunting in Switzerland? I am not a hunter but will eat elk that is hunted for meat. Like you, I do not understand hunting for trophies. I spend a lot of time in Africa and the wild populations of elephant and rhino (not to mention the tigers worldwide) are being poached to endangered… Read more »

Dear Ken There are extremes in this world. Read about Jain religion in India. I am from India and even I am amazed at them although I am not their follower. Their basic principle is non-violence in any form. So they don’t eat after 6pm, they don’t wear anything originated from animal, they don’t eat garlic, onion or any food which is grown below soil, they cover their mouths from front with some cloth or card kind of thing as some insect might get killed by going inside, they don’t even walk over any ants or small insects if they… Read more »

Ken, you are thinking with your heart and not your head. I am a wildlife biologist and an avid bird-watcher who has just moved to Vancouver Island in retirement and who plans to take up deer-hunting to acquire some healthy red meat. Deer are plentiful here and in many places, over-abundant. Like many of the wildlife species you mention in your blog, they are a renewable resource and hunting by humans will have no impact on their populations. Nevertheless, everyone is entitled to their opinion and avocations and I respect yours. I am enjoying Focusing on Wildlife.

Get a grip hunting is a part of life, if you are so concerned about the envirionmental impact you should look at your own industry and its impacts on our bird life, and life in general. I think you are letting your cammeras be a barrier to the life around you. The best I can do is refer you to the writings of Paul Shepard, “Home to the Pliestocene” would be a good place to start.

I never had the experience of sitting down to a good meal that came from a digital camera. We hunt Pheasant because they are great to eat. Being you are from Switzerland you do not have the slightest idea how we manage game here in the USA. Hunters are not damaging wildlife numbers. The introduction of wolves has done more damage to our wildlife in 10 years than you can imagine. Please manage your wildlife in Switzerland and leave the Sportsmen of the USA manage ours.

Ken, check out hunting in Wyoming. It disgusted me that they started bombarding us here in Utah with TV ads, billboards and the like while they were in the process of allowing Gray Wolves to be shot on sight in almost every area of Wyoming except the Greater Yellowstone area. Why not the Greater Yellowstone area “if” wolves need to be managed? Because of tourist dollars. Because people spend millions of dollars to go to Yellowstone to see wild wolves.

As to the business in the other states, I’m sure it goes on. In Florida, hunting is allowed in selected areas, managed by the State. Hunting for sport seems to be an ideal activity to satisfy the bravado of many men and women. but mostly of men. As to the statistics showing the justification of why they do it, well they can say anything they want to say, whether it’s because of how quickly species recover due to an overpopulation of animals such as deer or pheasants themselves, or whether hunting is a legitimate practice for sports and recreation according… Read more »

I am an avid birder, photographer, conservationist and hunter ! All four avocations can co-exist. Thank you