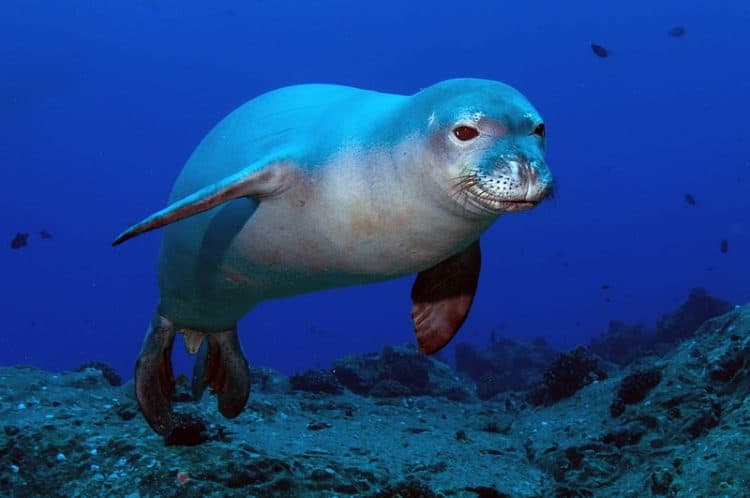 A recent study by Dutch scientists and researchers have found that offshore wind farms bring a positive effect to marine wildlife by creating a ‘reef effect’ which makes the water perfect for marine animals, such as seals.

A Positive Impact on Nature

The Dutch study, titled ‘Short Term Ecological Effects of an Offshore Wind Farm in the Dutch Coastal Zone’, focused on the first large scale offshore wind farm along the Netherlands’ North Sea coast. Studying the effects caused by wind farming activity on the life of animals in the area. This study came after anti wind farm campaigners claimed that the turbines negatively impact birds. Furthermore, other campaigners shared concerns that turbine activity could also be detrimental to surrounding sea life.

But results from the study reject these claims, revealing that wind farms can actually create safe and attractive feeding grounds for seals. For fish and other marine animals, the turbines can create an oasis and can even form new habitats for sea bed organisms such as anemones, mussels and crabs. As a result, a wind farm, like the one near Windpark Egmond aan Zee which was studied for this particular study, can actually help to increase biodiversity.

There are now more than more 84 offshore wind farms in 11 European countries, with a total turbine count of over 3,230. Offshore wind farms are booming and in the UK alone, more electricity was generated from wind energy than coal power in the year 2016. In the same year, EU wind farm investment grew by a huge 40%, despite the cutbacks on funding for new clean energy.

Farms are moving further out to see and are getting bigger and more powerful, with new advancements every day. And whilst the technology is still relatively expensive when compared to other renewable energy production, development is happening at an incredible pace. Over the next few years, there will be a growth in expertise and and infrastructure will improve, opening up the possibilities for more efficient and cheaper ways of running a wind farm operation.

To answer the growing concerns of RSPB and wind farm opponents, the study was unable to determine the number of birds to have collided with the turbine blades. But the researchers estimated that the numbers were low from simple observation and model calculations. In saying this, the study did note that the rotating action of the turbines could have a “disruptive impact” on some bird species.

Professor Han Lindeboom claimed that overall, the study showed little evidence of negative effects on local wildlife, and actually helped to create better biodiversity as well as helping oceans recover from pollution, overfishing or oil and gas extraction. He added: “At most, a few bird species will avoid such a wind farm.”

The conclusion for avoiding any harm to birdlife was to create recommendations for wind farm placement, suggesting that locating turbines in specific areas was the way to minimise potential impact on the environment.