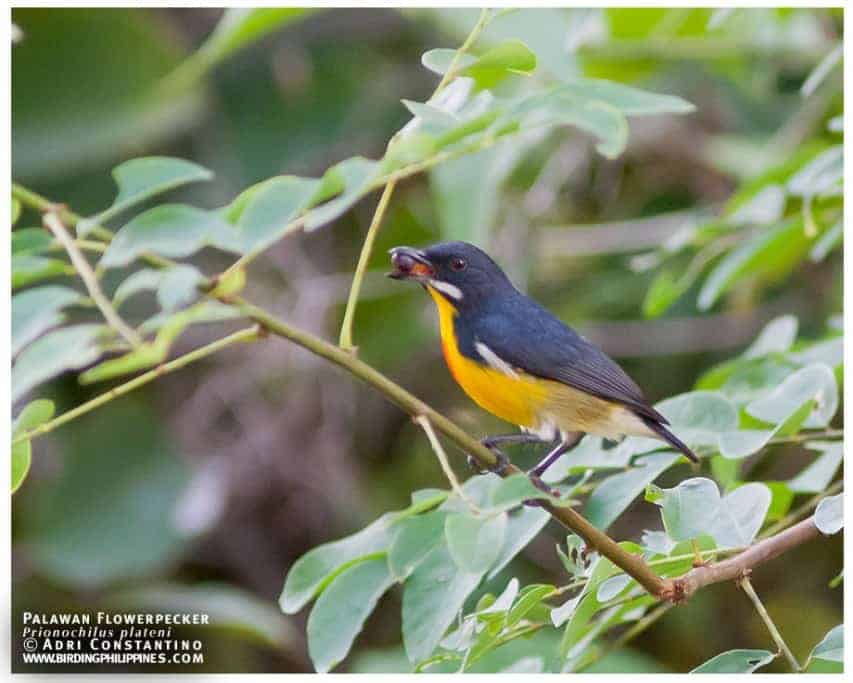 Just recently, the PALAWAN FLYCATCHER, a Philippine Endemic found only in Palawan, is turning out to be a birdstar like the Philippine Endemic Ashy Ground-Thrush of La Mesa Ecopark in Quezon City. Both species were previously very difficult to find and very seldom photographed. A year ago (two years ago for the ashy ground-thrush), the Palawan Flycatcher has just a handful of photos, most were documentations. But recently, with the discovery of its easily-navigable territories and habitats by WBPP Fellow Carlo Benitez Gomez, the Palawan Flycatcher now tops the list of target birds to be seen and photographed when one birds in Palawan.

The first territory that we visited a month ago involved an easy trek, but because there was a monsoon that developed into a depression, it was quite difficult to photograph it owing to the lack of light and the bird’s unwillingness to come out because of the rains. This time around when the sun was shinning so brightly, at the first territory that we visited, it came out easily but after circling us a couple of times, it hid itself in the forest.

The same occurred in a nearby territory when another WBPP Fellow Rocky Sison tried his luck while we were busy waiting endlessly for the lovely sunbird. The third area we visited requires some walk from the road and into the forest, quite easy though, and amidst the vines, the bird/s came out and circled us for quite some minutes until we were able to finally get some frames.

Carlo’s birding buddy Tibor is one great bird spotter who always points to us the place or direction whenever the bird flies and stops. He made us see through the blinds created by the vines, branches and leaves, and make sure we can have a good shot!