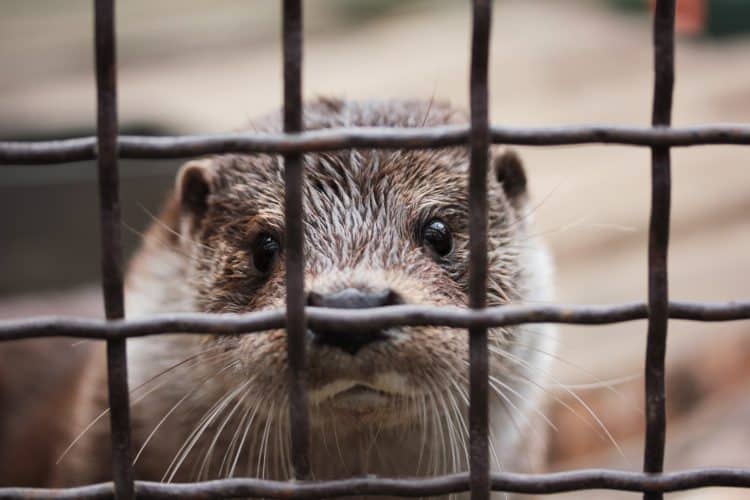 There are positive ways to put animals and humans in close contact with good intentions for good reason. For instance, there are dog and cat cafés where profits go to helping homeless animals get adopted and helping shelters.

However, those are companion animals; they are domesticated. They need the help of humans to survive and live happily in homes with humans.

Wild animals do not belong in close contact with humans for profit and entertainment — that is exploitation.

Yet there are cafés in Asiain which wild animals are held captive for the amusement of customers.

A raccoon café in South Korea, Blind Alley, went viral last year because people were visiting just to take selfies with the raccoons.

This is a very dangerous situation where eventually people or the animals will get hurt. Wild animals do not belong in captivity especially for the purpose of humans.

The café also had a capybara and a corgi, as well as the three raccoons. Reviews on Facebook and TripAdvisor reveal that customers have seen staff members and customers harassing the animals.

One person wrote, “Such a sad and heart breaking place. People are seriously chasing the poor raccoons with selfie sticks and petting them as if they would be dolls. When the animals – all stressed up – try to escape, people both run and climb after them, either pressing them into corners or putting their own heads into their small cages. It’s insane.

The staff encourages the frenzy.” Another said, “They have a capybara that is stuck in a small room with no pool, and capybara’s are semi aquatic animals that require lots of space and a pool for exercise. He also looked terrified and was afraid of everyone.”

This is no way for animals to live. And sadly, the raccoon café isn’t the only one. There are also “otter cafés,” where otters (also semi aquatic animals) are kept in captivity for guests to harass and take selfies with.

Otters and raccoons aren’t the only ones suffering either. There are also sugar gliders, hedgehogs, ferrets, and more. Witnesses have said that they’ve seen the otters self-harming and making shrieking and distress calls when forced to interact with humans. Otters love to be with their bevy (group of otters) in the wild where they can hunt, fish, and play.

World Animal Protection says this craze is driving otters toward extinction because they are being stolen from the wild to meet the demands of these cafés.

If you want to help put a stop to this, sign this petition asking the Japanese Ministry of the Environment to ban otter and other wild animal cafés!

This article was first published by OneGreenPlanet on 24 June 2019.