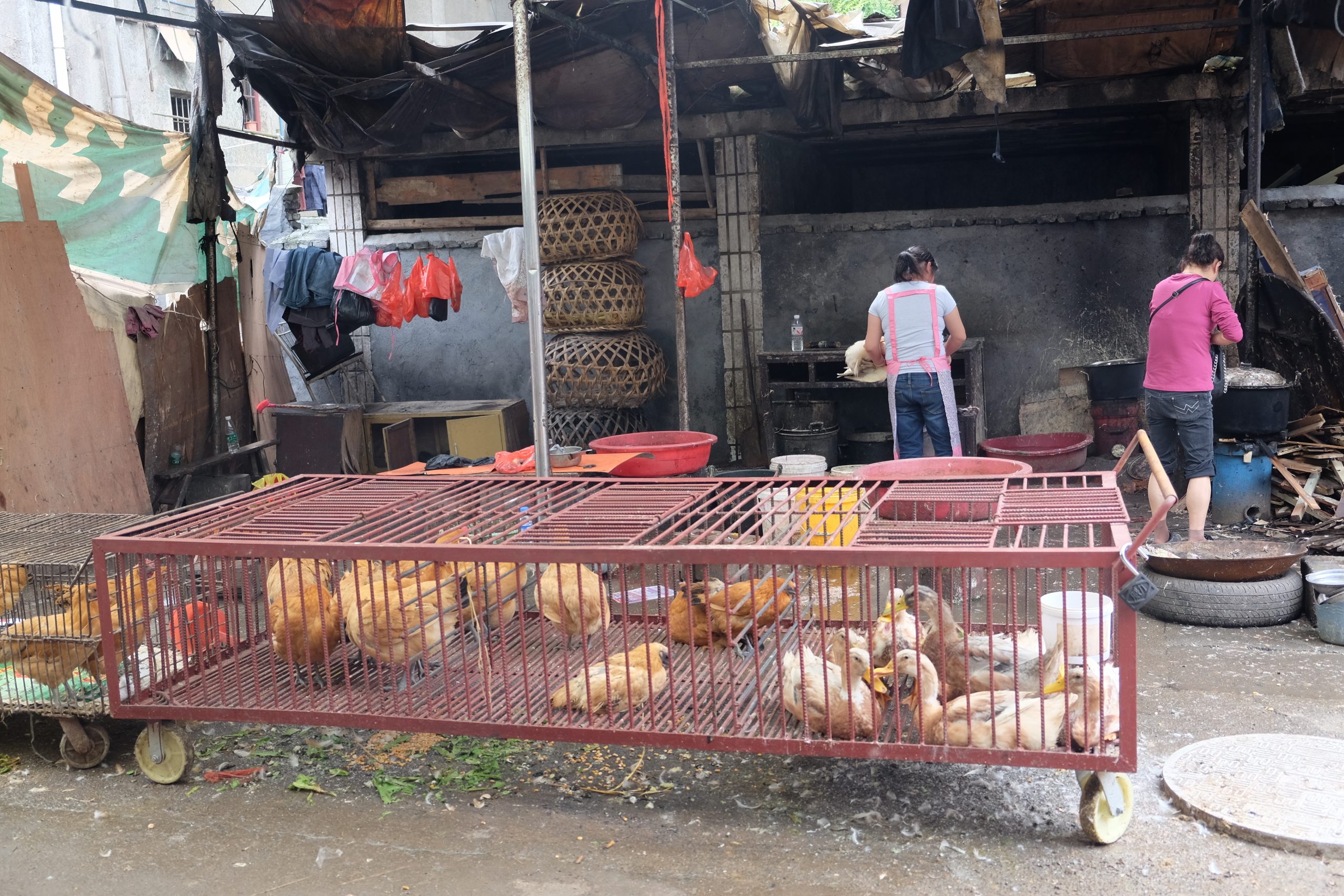 “Wet markets” are animal markets where animals are slaughtered and butchered on site are the supposed source of the coronavirus.

Animal advocacy groups wrote to Governor Gavin Newsom urging him to ban the wildlife trade. The Social Compassion in Legislation has introduced bills to ban the markets in both states. 80 live animal markets currently are allowed to operate in New York. The markets sell chickens, rabbits, quail, and goats.

Rosenthal told Fox News of the markets, “Many live animal markets in New York are filthy places where neighbours complain about unbearable odours and blood and animal faeces covering the surrounding public sidewalks and streets. These markets, where live animals are slaughtered on site and sold directly to the public, are breeding grounds for cruelty and disease. In addition to the well-documented cruelty to animals, unsanitary conditions like these endanger the health and safety of New Yorkers, and these markets must be closed down.”

“It’s too great a danger to have these markets that have been shown through inspection records and hidden camera investigations to be filthy. It’s not safe. It’s not safe,” Rosenthal told ABC7 News. “And in this COVID-19 period, we know diseases jump from animals to humans, especially when species are mixed and that is the state at a lot of these markets.”

PETA supports the bills, saying in a statement, “PETA applauds the progressive legislators in California and New York—who are working with our friends at Social Compassion in Legislation—on their commonsense plan.”

This article was first published by OneGreenPlanet on 30 April 2020.