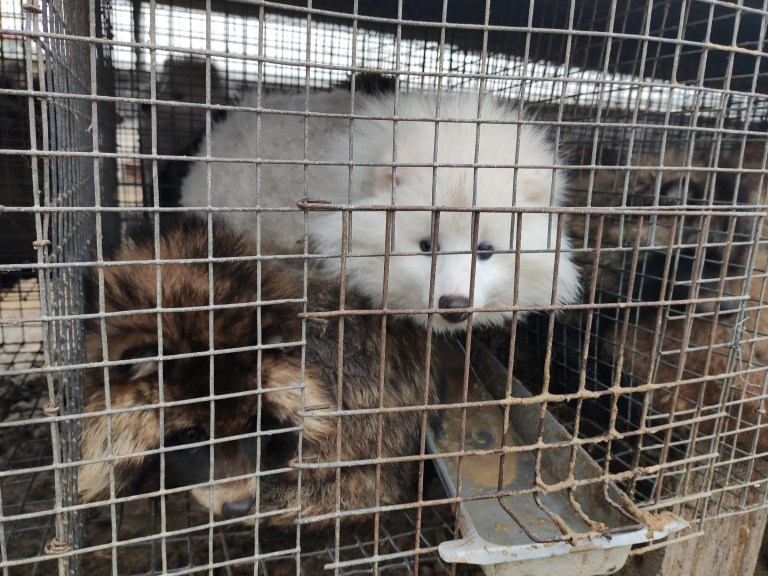 Humane Society International (HSI) released terrifying footage of foxes and raccoons suffering at a fur farm in Asia, according to an emailed statement.

The video shows the animals enduring painful treatment and eventual death on the farm. One campaigner described it as “like a scene from hell.”

HSI estimates that the UK imports an estimated 2.5 to 3 million animals worth of fur, for an equivalent of £70.4 million in 2018.

In an emailed statement, Claire Bass, executive director of HSI/UK said, “Behind the PR spin of the fur trade, this is the hideous, heartless reality they don’t want you to see.

Raccoon dogs driven mad with boredom in their pitifully small wire cages, foxes repeatedly smashed over the head with a metal bar in front of their terrified cage mates, animals skinned alive so that the fur trade can sell consumers the lie of luxury.

I am sickened and heartbroken by what our investigators witnessed on these cruel fur farms, but not surprised.

It needs to stop, and the UK is now in a unique position to take action by banning fur sales. This – and every – investigation into the fur trade shows that fur is not glamorous, it’s grotesque, it’s cruelty not couture, and it’s time for the UK to stop trading in such horrors.”

HSI is calling for a ban on imports of fur and a fur sales ban in the United Kingdom. Sign this petition for a fur-free Britain!