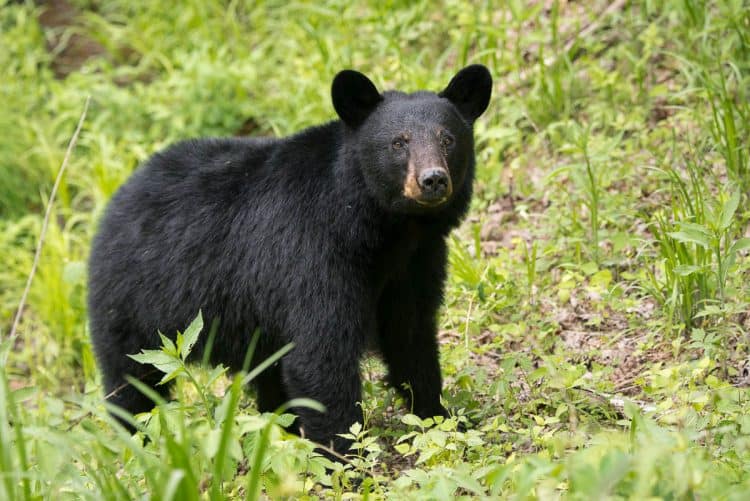 No one should die for “likes,” but that didn’t stop countless selfish people from subjecting a beautiful young black bear to selfies—ignoring Washington County Sheriff’s Office’s warnings to “stay away”—just so that they could look “cool” on social media.

The bear, who was living near Henry Hagg Lake Park in northwestern Oregon and believed to be between 2 and 3 years old, was shot and killed last week—almost exactly a week prior to National Selfie Day—by wildlife officials after he became too “habituated to the park,” according to a statement released by the Oregon Department of Fish and Wildlife (ODFW).

“Law enforcement became aware of interactions between the bear and humans after some individuals took ‘selfie’ photographs of themselves and the bear and posted them on social media,” read the statement.

Authorities initially believed that they could coax the young bear “to go back into the woods.” They were even successful, according to reports. But people continued to feed the bear.

“Over the past week, officers were called to the same area several times where individuals had left food for the animal,” the ODFW noted.

Wildlife officials may have shot and killed the bear, but the selfie-obsessed people who refused to leave this poor animal alone are also responsible for his death. If a wild animal is close enough for a selfie, it means something is wrong, not that it’s time to pull out your front-facing camera.

Deputies are working to get this bear cub near Hagg Lake to go back into the woods… please stay away from the area near Boat Ramp A. pic.twitter.com/tI8m5yTbyk

Even after officials warned against going near this bear, humans still did it—and for selfies, no less. At first, I wondered why—why would people think it’s OK to approach a bear for a photo op?

But then it dawned on me that, thanks to roadside zoos and other animal-exploiting businesses, we’re practically programmed to think this kind of conduct is acceptable. Take Oswald’s Bear Ranch, for example.

The Newberry, Michigan, roadside zoo makes a profit by encouraging people to take photos with bear cubs. One such bear, 2-year-old Sophie, was shot and killed just this past April after she had scaled one of the facility’s fences and escaped.

According to the U.S. Department of Agriculture, “Sophie” scaled the enclosure fence at the ranch after a severe storm knocked out the power to her habitat.https://t.co/0dTsiLEKLZ

“I’m really sorry this happened. She really was a nice little bear, but things happen. I have 39 bears at this facility,” Oswald’s Bear Ranch owner Dean Oswald reportedly said. But Sophie wasn’t the first to die prematurely at Oswald’s.

Others have been trapped in a collapsed den, suffered a “drug overdose,” and suddenly died from unknown or undisclosed causes. Half a dozen more have been slaughtered—as Oswald’s told a state inspector in 2017, a “mean” bear should be “made into jerky.”

It’s no wonder some people are so cavalier about interacting with animals in nature. But we need to do better—for animals like the bear cub who was killed and for those who languish at roadside zoos like Oswald’s Bear Ranch. We’ve. Got. To. Do. Better.

Remember: Leave animals in peace and take pictures of them from a safe distance.

It may be too late for this Oregonian black bear and for Sophie, but we can still help many others like them. Click below to speak up for the cubs suffering for photo ops at Oswald’s Bear Ranch:

This article was first published by PETA.org on 21 June 2019.

People are so stupid

What INCOMPETENT Wildlife Officials and Rangers to allow this to happen. What gave them the Right What were they doing !!!!or not doing !!! SACK THEM ALL. they’re Useless and Dangerous pathetic humans in charge of Wildlife

make me so sad tomread about the killing of the bear. Humans are monsters to do such a thing.

With such stupid people around, I think extinction is inevitable. Probably not such a bad thing, especially for the wildlife.