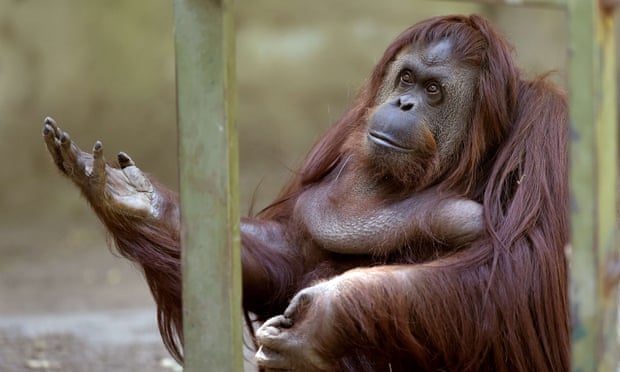 Buenos Aires has announced plans to close down its 140-year-old zoo, arguing that keeping wild animals in captivity and on display is degrading.

Mayor Horacio Rodríguez Larreta said that the zoo’s 2,500 animals will be gradually moved to nature reserves in Argentina which can provide a more suitable environment. The 44-acre zoo in the Palermo neighbourhood will become an ecopark when it is reopened later this year.

“This situation of captivity is degrading for the animals, it’s not the way to take care of them,” said Rodríguez, at a ceremony on Thursday.

The new ecopark will be “a place where children can learn how to take care of and relate with the different species”, the mayor said. “What we have to value is the animals. The way they live here is definitely not the way to do that.”

Some of the zoo’s bird species will be released in the Reserva Ecológica, a riverside ecological reserve covering 864 acres in Buenos Aires. Older animals and those too infirm to be moved will remain at the current site.

The new ecopark will also provide refuge and rehabilitation for animals rescued from illegal trafficking, city officials said. Buenos Aires zoo was one of the city’s main tourist attractions, but despite its popularity, the decaying zoo had been running a loss for its private concessionaires.

It had also attracted bad publicity in recent years, particularly regarding the desperate plight of its captive polar bears during the city’s oppressively hot summers. The zoo’s last remaining polar bear, called Winner, died three and a half years ago partly due to soaring temperatures and inadequate conditions at the zoo.

“The most important thing is breaking with the model of captivity and exhibition,” animal rights lawyer Gerardo Biglia, a long-time campaigner for the closure of this city’s zoo, said in statements to the press. “I think there is a change coming for which we are already prepared because kids nowadays consider it obvious that it’s wrong for animals to be caged.”Among the 50 animals staying behind will be Sandra, an orangutan that made international headlines two years ago when a Buenos Aires court declared her “a non-human person” deserving rights.

“The problem is Sandra is a hybrid of Borneo and Sumatra orangutans so she doesn’t socialize,” Biglia said. But Sandra and the other animals that cannot be moved will no longer be exhibited to the public, city officials said.

This article was first published by The Guardian on 23 Jun 2016.

We invite you to share your opinion whether animals should be kept in zoos and circuses? Please vote and leave your comments at the bottom of this page:

In the event that you voted against the keeping of animals in zoos and circuses, please sign the petition: