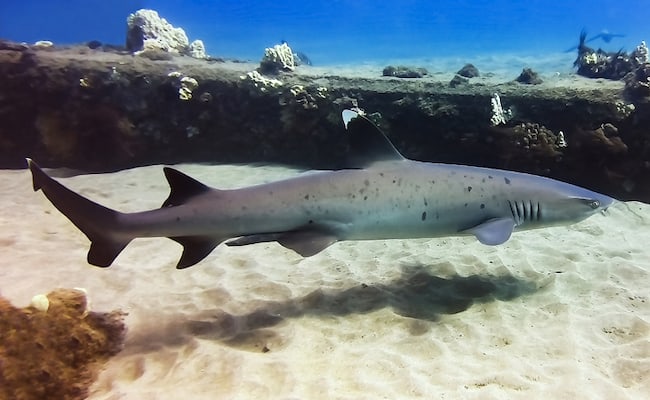 Hawaii could soon become one of the safest places for sharks on the planet. While poachers are wiping out sharks in most waters around the world, Hawaiian state legislators are considering making it illegal to kill sharks of any kind off its coast.

Senate Bill 489 and House Bill 808, two versions of the same idea, would forbid killing, abusing and capturing all varieties of sharks in state waters. (The bill does allow for some limited exceptions to kill sharks like public safety, self-defense and research purposes.)

Violators of this potential law would be charged with misdemeanors and pay a fine of $500-$10,000 depending on the severity of the offense.

Tell Hawaii to pass House Bill 808 on behalf of the sharks!

Better yet, rays, which are also especially vulnerable to slaughter, would enjoy the same protections as sharks. Both of these creatures are critical parts of the ocean ecosystem around Hawaii, so it makes a lot of sense to deliberately save them to keep things in check.

Though shark meat isn’t popular in Hawaii, sharks still fall victim to sport fishers who want the thrill of catching an animal as reviled (in pop culture, anyway) as the shark. Additionally, other fishing enterprises make a habit of catching sharks and chopping them up for bait.

As it stands, Hawaii has an existing ban on removing the fins from sharks for sale on the black market. Just a few months ago, men on a Japanese fishing boat were caught trying to smuggle $50,000 worth of fins to Indonesia. Additionally, endangered shark species, of course, receive other special protections.

Some opponents of the legislation say it’s simply not necessary since sharks near Hawaii already have better protections there than in most parts of the world. While that may be true, that doesn’t make it a wasted effort to protect more of them. What’s more, Hawaii can lead by example and hopefully inspire more parts of the world to follow suit.

Previously, similar legislation passed in the state Senate, but stalled in the House, but renewed public interest in making this bill law have increased its odds this time around. In fact, the bill has already cleared its first committee hurdle, with the House Committee on Water, Land and Hawaiian Affairs passing it unanimously. In order to get a vote on the House floor, it needs a hearing with the House Judiciary Committee by the end of this week.

Let’s make sure that occurs. Sign this petition directed at State Rep. Chris Lee, chair of the House Judiciary Committee, asking him to advance House Bill 808 in order to protect Hawaii’s sharks and rays. The world has an obligation to be better protectors of the dwindling shark population, and Hawaii can be a shining example of how to accomplish that.

We invite you to share your opinion whether legislation should be passed to protect sharks and rays? Please vote and leave your comments at the bottom of this page.