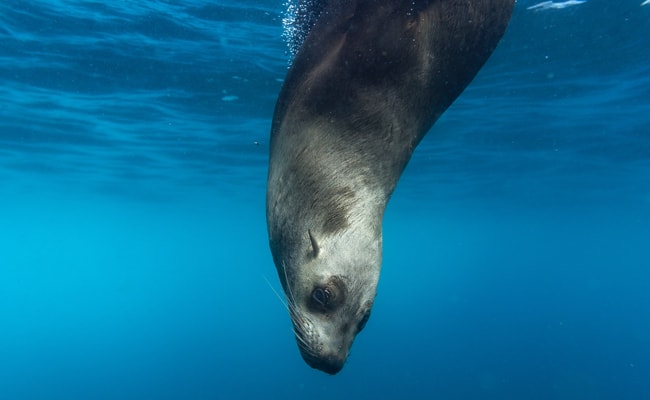 Deceptively small in size, California’s drift-net fishery has an enormous negative impact.The industry includes a fleet of about 20 active boats that place nets the size of the Golden Gate Bridge into the ocean.

There they float, a mile long and 100 feet deep, hanging vertically like a wall in the water. Unattended, they snag and entangle any poor creature that happens upon them — including those that fishermen didn’t intend to catch. That unfortunate unwanted marine life is called “by-catch.”

The coalition, comprised of Mercy For Animals, Turtle Island Restoration Network, SeaLegacy and Sharkwater, explains that drift nets “indiscriminately trap sea animals, including protected species such as dolphins, whales and sea lions, who are then killed or thrown away.”

To spread awareness, the coalition released the following video. Be warned that this film contains graphic footage:

California is typically a leader when it comes to conservation and environmental protection initiatives. In the case of drift-net use, sadly,the state is dead last. Drift-net — also known as gill net — fishing has been banned by the United Nations and by many countries around the world.

In the U.S., use of drift nets is illegal all along the East Coast. On the West Coast,the practice illegal in Oregon and Washington. Only California still allows the fishing industry to continue using these devices.

The California drift-net fishery ostensibly targets only swordfish, but many more sea creatures are trapped in these nets — and that’s the problem. For every one swordfish caught,an estimated seven other marine animals become entangled. Many of these creatures become injured or die, and others are killed by the fishermen to remove them from the nets

The by-catch numbers gathered by the Turtle Island Restoration Network are staggering. Over the past decade, the California driftnet fishery:

California’s drift-net fishery throws away nearly half of all the fish it catches and kills over 70 different by-catch marine species.The industry also has one of the highest rates of negative interactions with marine mammals and sea turtles along the West Coast.

“These nets are a mile long and hang 100 feet deep, and they’re designed to kill everything in their path,” Paul Nicklen, co-founder and expedition lead for SeaLegacy, said in a coalition press release. “If a dolphin, whale, turtle, swordfish, thresher shark, or mako shark swims into that net, they’re going to die.”

SB 1017is currently under consideration by California lawmakers. If the bill passes, it would prioritize financial support for the deployment of innovative and sustainable fishing gear. Most importantly, it would begin to phase out drift-net use.

Come on, California. You’re trailing the world on this issue. Take a stand and require the fishing industry to use only sustainable fishing gear.

For that matter, it’s time for Congress to act on a national level. It’s time to actively reduce the problem of by-catch. Consign drift nets to the past, where they belong.

We invite you to share your opinion whether marine life should be conserved by banning the use of “Drift Nets”? Please vote and leave your comments at the bottom of this page.