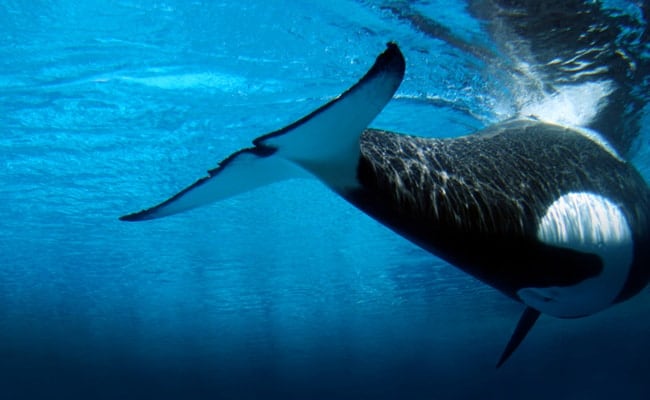 The death toll at SeaWorld continues to grow with the loss of another orca who battled chronic health issues. But it isn’t the whale’s death that’s the real tragedy — it’s the life she was forced to live.

SeaWorld made the announcement that Kasatka, the park’s matriarch, was euthanized in San Diego this week. According to SeaWorld, her health and appetite had declined over the past several days. Despite treatment, the veterinary team decided to end her life to prevent further suffering.

Sadly, Kasatka’s death doesn’t come as a surprise to those who have been monitoring her over the years.

We wrote this 1 month before #Blackfish #Kasatka was euthanized. Sadly it played out just as predicted –
Pneumonia? https://t.co/Y0Wt9QBbRh pic.twitter.com/VQtvgIm9OK

SeaWorld acknowledged that the orca had been battling a respiratory infection that she was diagnosed with in 2008. but many wildlife advocates believe her situation was far worse than the park has admitted.

Kasatka at SeaWorld of California is DEAD. I tried to get the media to expose it, I tried to have ANYONE force them to take pics of her.

Former SeaWorld trainers now running Voice of the Orcas stated, “The reality is that Kasatka is being eaten away, possibly by a bacteria, fungus or photo-toxicity due to antibiotic overuse.”

SHAME ON U SEAWORLD; calling Kasataka's pathogen "skin discolouration". Yet another duplicitous statement by U. Will U ever tell the truth? pic.twitter.com/OA0JlnA5nJ

Few images released show the toll her illness took on her body. While SeaWorld maintains that Kasatka’s illness is a common cause of death for both wild and captive orcas, that claim is also being rejected by experts.

Whale and Dolphin Conservation also points to research that contradicts that statement, adding that there is “little evidence to suggest that pneumonia is the leading cause of death of wild orcas.”

#Blackfish Kasatka Euthanized? They made 3 vids 2 show everyone how well she was. Her skin condition must have been a PR problem 4 #SeaWorld pic.twitter.com/Z4nFReXsVW

Still, the disease that ultimately took Kasatka’slife — and the misinformation SeaWorld continues to spread about orcas — is only a part of the story.

While SeaWorld called the whale the “beloved matriarch of our orca family,” the reality is that she was stolen, confined for more than four decades, forced to perform and bred multiple times.

Kasatka was taken from her native waters in Iceland in 1978, and she spent the rest of her life imprisoned. She had four children in captivity, Takara, Nakai, Kalia and Makani; six grandchildren, Kohana, Trua, Sakari, Kamea and Kyara; and two great grandchildren Adan and Victoria, who have all been split up at various parks in California, Texas, Florida and Spain.

Meanwhile, SeaWorld conveniently fails to mention that her granddaughter Kyara and great granddaughter Victoria are both dead too — neither of them even reached their first birthdays.

Had Kasatka been left in the wild, she would only be middle-aged now and may have enjoyed life as a true matriarch, nurturing lifelong bonds with her family members. But, sadly, she was denied that opportunity.

In addition to suffering from health problems, Kasatka also displayed the emotional toll confinement took on her. Unsurprisingly, she was involved in multiple aggressive incidents with trainer Ken Peters, who is lucky to be alive.

#Kasatka, reduced 2A slave @SeaWorld. In death she swims with #Blackfish Tilikum. They changed the world from a tank pic.twitter.com/evz3v9HjB1

Kasatka’s story is ultimately a tragic waste of a beautiful life — and for nothing more than our fleeting amusement and financial gain. Her death now leaves 22 orcas captive in the U.S., including 21 at SeaWorld parks, and Lolita at the Miami Seaquarium.

One by one, these whales will continue to pass. And while we can’t undo the injustices they’ve endured in the past, we can ensure no other marine mammals suffer in the future.

Even though SeaWorld has made a corporate promise to stop breeding, many animal activists are working to make sure the company can’t go back on its word. Whale and dolphin advocates are pushing for lawmakers to pass the Florida Orca Protection Act and urging Congress to pass the Orca Responsibility and Care Advancement (ORCA) Act– landmark legislation that would permanently ban keeping orcas in captivity in the U.S.

Hopefully theses efforts will be successful, and we will have a future where orcas receive protection in the wild — where they belong.

We invite you to share your opinion whether SeaWorld should be closed down? Please vote and leave your comments at the bottom of this page.