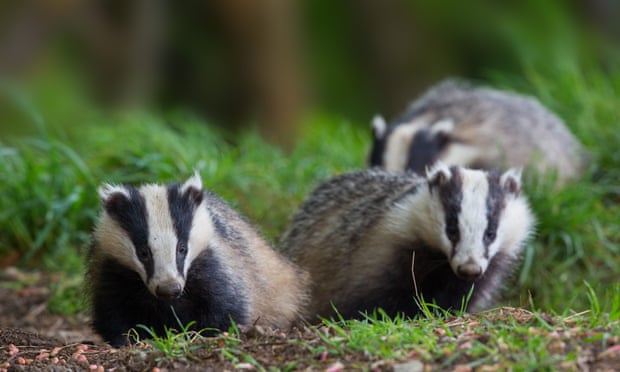 Poor old badgers. Not since the hunting ban has a wild animal evoked such fierce passions, both in farmers convinced they spread TB to cattle and wildlife lovers implacably opposed to a government-backed cull which will mean the deaths of more than 42,000 badgers this year. Only now it seems we may have been barking up the wrong tree all along.

Our stripy friends are not innocent, exactly. A new independent scientific review commissioned by Michael Gove found they are to blame for some cases of cattle TB, and culling them has had some “modest” impact. But crucially, Professor Charles Godfray’s report argues badgers have been carrying an unfair share of the blame and puts farming practices in the spotlight instead.

He found rates of transmission from cow to cow higher than previously thought, concluding that a failure to use basic infection control measures on all farms is “severely hampering” efforts to get the disease under control. It isn’t fair, he said to use badgers “as an excuse not to make hard decisions in industry, which is going to cost the industry money.”

It won’t be the verdict dairy farmers wanted at an already difficult time for the industry, with an uncertain Brexit around the corner and smaller family farms folding as the cost of upgrading machinery drives them out of business. Better herd testing or more modern methods of disposing of cattle slurry don’t come cheap and for some small farms teetering on the edge of viability they could be the last straw. But if Godfray is right, then successive environment ministers have wasted millions of pounds on a wild goose chase while farmers endured the unnecessary heartbreak of losing herds to the disease. Farmers, as well as badgers, have been failed here, and the question is why.

From the start, the cull was defended on grounds of scientific rigour. Wildlife charities were portrayed as overly romantic and unrealistic, with a Wind in the Willows view of an animal that might be lovely to watch snuffing around its sett at dusk but was unwittingly spreading death and distress. The angrier the protests, the more successive agriculture ministers dug in their heels, and under Gove the Department for Environment, Farming and Rural Affairs has significantly expanded the cull programme.

It’s the kind of siege mentality seen on issues from universal credit to WMD in Iraq, when governments find themselves in so deep already that it’s easier to keep going than turn back; the louder the criticism gets, the higher the stakes and the greater the fear of showing weakness. Some grudging money was produced for trials of badger vaccination but it was nothing compared to funding for the cull. Shooting a protected species might seem hardhearted, we were told, but it was evidence-based policy. You can’t fight science with gloopy sentiment.

Yet there is nothing scientific about a policy so set in stone that it can’t be questioned even when the evidence begins to change. The spirit of scientific inquiry means that even things we think we know for certain must constantly be reassessed in the light of new experimental findings – and the cull has essentially been one big experiment. As Godfray says, deciding what to do with his findings is ultimately a matter for politicians, not scientists, because of the public passions badgers evoke. There will always be a moral dimension to any policy involving killing animals. But Gove was always telling us how much intellectual rigour mattered, when he was education secretary. Now let’s see whether he meant it.

This article was first published by The Guardian on 13 Nov 2018.

We invite you to share your opinion whether the Government’s senseless slaughtering of badgers be allowed to continue? Please vote and leave your comments at the bottom of this page.

It appears the answer to any possible problem concerning the agricultural industry (no matter what country) is to “cull/kill/slaughter”. Why is there no tb vaccine for cattle?
In this country(USA) bison/buffalo are the animals blamed for brucellosis in cattle (altho elk are the species more to blame). But you see, elk are game & bring in profit with hunting licenses! Buffalo – our actual NATIVE species apparently doesnt bring in enough profit! In this case, I do wonder how many times that species will be eradicated!

No, of course not. It’s right there in your headline:. Senseless.