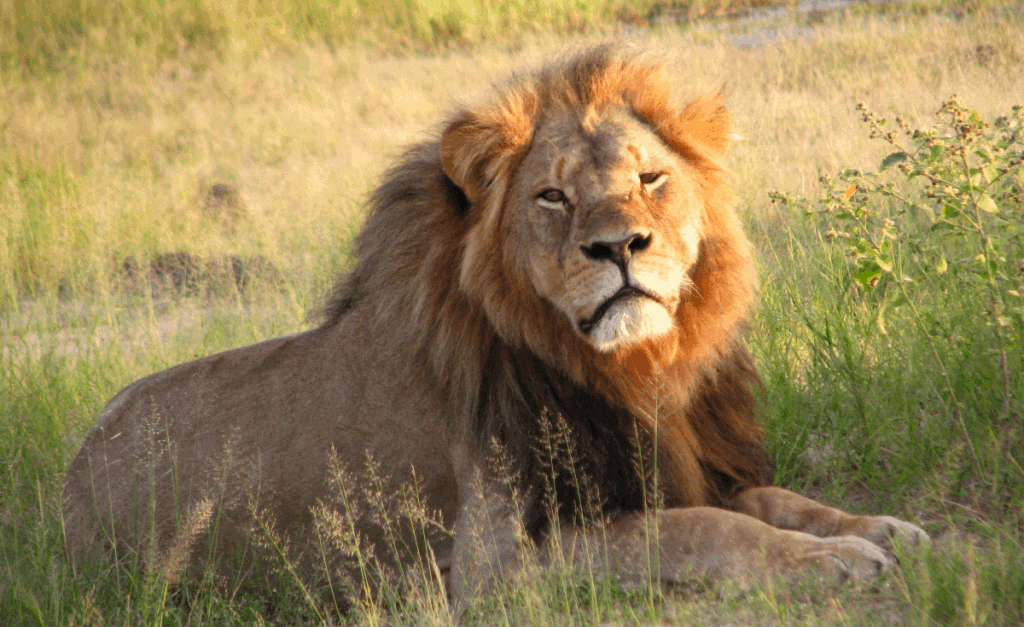 It’s been just two years since a trophy hunter shot Cecil the lion, and now Cecil’s eldest son has tragically suffered the same fate. Xanda, a 6-year-old lion, died near Hwange National Park in Zimbabwe, not all that far from where Cecil was gunned down.

Xander was a father himself, traveling in a pride with many young cubs and a pair of lionesses. He was one of about 550 lions living in this area in Zimbabwe; only about 20,000 lions remain in the entire world.

Scientists had been tracking Xanda via an electronic collar, and were concerned that he and his family were spending time outside of the park grounds where he is off-limits to hunting. Of course, scientists can’t exactly explain to lions where the arbitrary borders to sanctuary space lie or that they are at increased danger when leaving these boundaries.

In fact, Xanda was only about a mile and some change away from the park when he was killed. Him being so close to safety, particularly for a creature that can sprint 50 miles per hour, is all the more upsetting.

The Guardian reports that, for a long time, scientists have advocated for an extra no-hunting buffer surrounding park boundaries since so many endangered species come just outside of the protected area where waiting hunters gun them down. Perhaps Xanda’s death can be an impetus to finally put this proposal into action.

Though Xanda actually died two weeks ago, news of his death was kept quiet, likely in an effort to try to avoid the public outcry that followed his father’s death. Incidentally, Richard Cooke, the hunting expert who led private clients on this expedition, also led a hunt that killed another of Cecil’s offspring two years ago.

According to reports, Cooke has a reputation for following the law as a hunting guide. The appropriate permits had been purchased, and Xanda was considered “fair game” because of his location and age. Cooke also returned the electronic collar to the authorities to notify them of Xanda’s death.

Of course, obeying the letter of the law and demonstrating a high moral code are not always the same thing. Polling found that 86 percent of Americans (the country from which most trophy hunters hail) consider big game hunting to be “distasteful.” Proponents of hunting will argue that money raised from these hunts goes toward larger conservation efforts, but that claim seems to be overblown.

Cecil’s death was not entirely in vain – his legacy inspired governments to take sterner stances on big game hunting. Unfortunately, these changes weren’t enough to spare the life of Cecil’s own son Xanda, but here’s hoping that Xanda’s story will spur further action to make sure Cecil’s grandchildren don’t befall a similar fate.

Let’s not wait any longer to push for real change. This new Care2 petition asks Zimbabwe to honor Xanda’s memory by deciding to put a permanent end to endangered species hunting in the country – both inside and out of national parks. Zimbabwe should be playing a bigger role in protecting these beautiful, vulnerable creatures, not issuing permits to rich people who want to kill them for sport.

We invite you to share your opinion whether the trophy hunting of lions should be banned? Please vote and leave your comments at the bottom of this page.