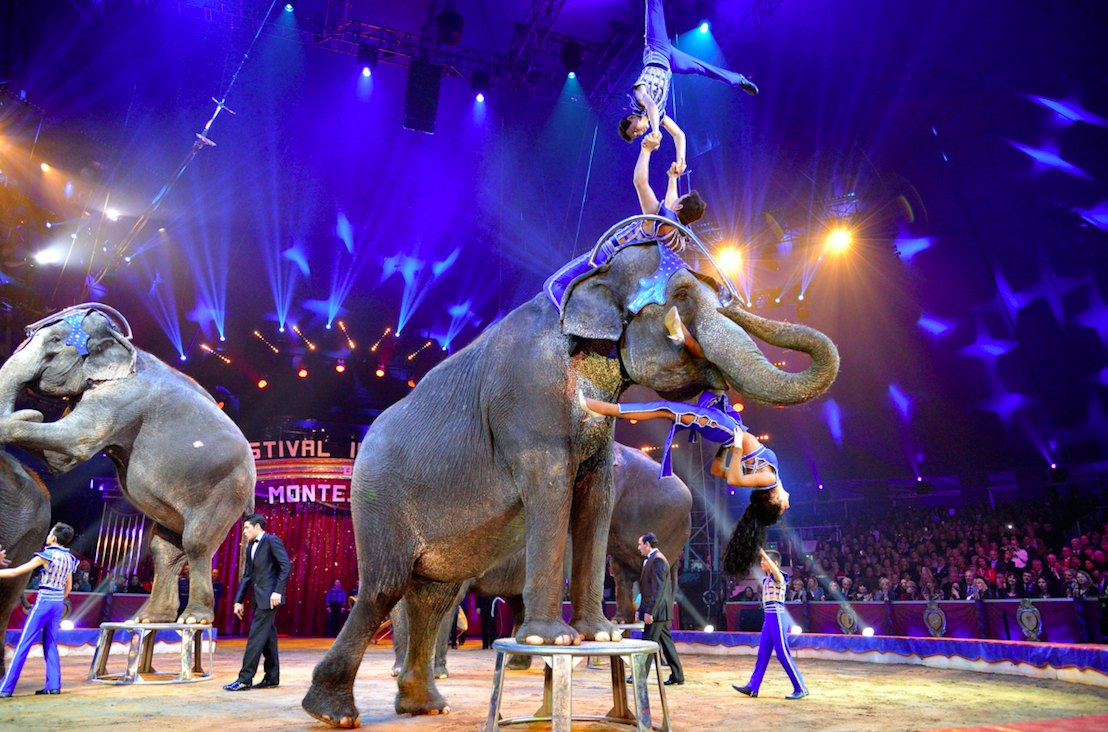 If prom ideas could be graded, this one definitely deserves an “F”. During the “Welcome to the Jungle”-themed Christopher Columbus High School prom in Miami on May 11, live, exotic animals were put on display.

These included a lemur, two macaws, an African fennec fox – and a tiger that was rolled out in a much-too-small cage. As human fire dancers performed, the tiger appeared very agitated, as you can see in videos taken by prom attendees.

By Monday morning, outrage was growing over the disturbing videos, which had been posted on social media and were making news headlines.

Instead of apologizing, Christopher Columbus High School released a statement that downplayed the incident. It said the tiger “which was displayed for a few minutes in a cage, was never harmed or in danger, was not forced to perform, was always accompanied by his handlers, and for the great majority of the time, was laying down in a relaxed state, facing away from the audience.”

At least some of the prom attendees and their parents had the good sense to know this was no way to treat animals – not to mention that it put both the tiger and the teenagers in danger.

“That tiger was in distress,” Maria Castellanos, one of the parents, told Local 10 News. “The reason he is pacing up and down and his ears (are) going back is because he is showing you distress.”

Like thousands of others who have viewed the videos, Magill doesn’t understand what school officials could have been thinking to allow live, exotic animals at its prom.

The school apparently did nothing illegal, according to Florida Fish and Wildlife Conservation Commission (FWC) spokesman Rob Klepper. “Provided all rules and regulations are followed, exhibition of wildlife at public events is not prohibited by Florida law,” he said in a statement.

However, the animals were from Predators Unlimited, which in the past has been cited “for failing to provide animals with safe and secure enclosures and adequate veterinary care, among other violations of the federal Animal Welfare Act,” according to PETA, which sent a letter to Christopher Columbus High School principal David Pugh condemning the school’s exploitation of wild animals.

After hearing from PETA, Pugh promised that the school will never again use wild animals at any events.

“As a school community, we regret the decision to have had live animals at our prom,” he said in a statement. “This incident in no way reflects our school’s Marist values and/or accomplishments of our young men nor our sensitivity to animal rights. We will immediately evaluate our current policies and procedures regarding all school activities and events. We can assure the Columbus community and all who have expressed concern, that we are sorry. We have learned a great deal from this experience.”

No other schools – or anyone at all – should use exploited wild animals from Predators Unlimited or other companies.

Please sign and share this petition urging the FWC to discontinue Predators Unlimited’s license and asking Florida legislators to ban the use of animals in entertainment altogether.

We invite you to share your opinion whether the use of wild animals in entertainment should be banned? Please vote and leave your comments at the bottom of this page.