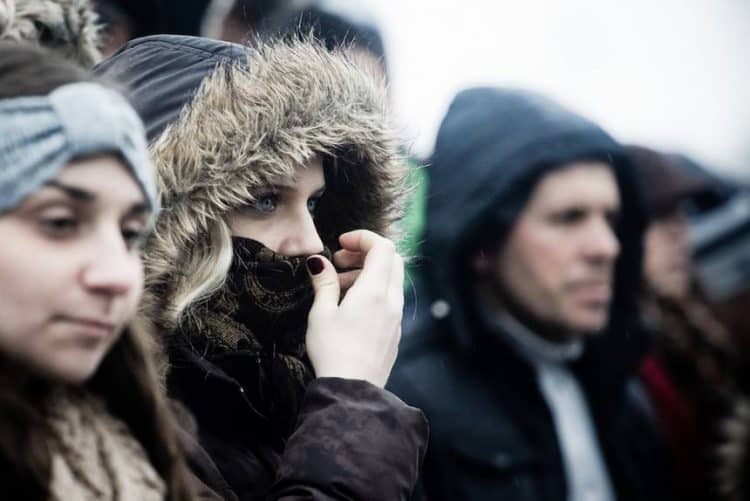 A new report from the UK government calls on retailers to do a better job at identifying what they’re selling.

The debate over fur is heating up in the UK. Just a few weeks ago, Parliament argued about whether or not to ban fur imports, a discussion that was triggered by a petition with nearly 110,000 signatures. Parliament opted against a ban, saying “it believes the most effective way to fight to improve animal welfare is to work toward global animal welfare standards and phase out inhumane farming and trapping practices.”

But a subject so near and dear to many hearts cannot be dropped that easily. The government had launched an inquiry back in February in response to investigations by the BBC, the Humane Society International UK, and Sky News that found real fur being marketed as fake. The resulting report was just published last week — and once again, banning fur imports is a hot topic.

The report, titled “Fur Trade in the UK,” is, in the words of The Guardian, “highly critical of both retailers and trading standards.” While it is true that many stores were found to be selling ‘faux fake fur’ (real fur, in other words), the committee chairman Neil Parish pointed out that retailers needed to take responsibility for knowing what they were selling.

“Reports of real fur being sold as fake fur show that retailers are flouting their responsibility to consumers,” the MP said. “Retailers of all sizes are complacent about the issue of fake faux fur. It is illegal to give misleading information, and Trading Standards have been poor at identifying and acting against those who are doing so.”

While Parish says he’s a believer in letting people choose what they want to buy, he says it’s time for a public debate on whether or not fur imports should be banned altogether: “Let’s see what the public say – if they want an all-out ban then it’s something we should have.”

Many see the UK’s allowance of fur imports as a double standard. Fur farming is not permitted in the country anymore — it hasn’t been since 2000 — and yet, all furs (except for dog, cat, and commercially hunted seal) can be brought in from other countries, where, arguably, oversight may be less strict than it was in the UK.

In 2017 India banned imports of mink, chinchilla, and fox, a much-lauded decision that resulted in a supply glut in China, home to many of these fur farms. Many of these eventually made their way surreptitiously into UK stores:

“That led to unethical manufacturing practices where real fur was passed off as faux fur, especially on smaller, cheaper items such as ‘fur trims on hats and gloves, pom-poms on hats and clothing, and fur trims on footwear’, the report said.”

It’s a conversation that’s not going away anytime soon. Neither fake or real fur has much going for it in the public eye these days, from the animal cruelty issues associated with the real stuff to the environmental implications of the petroleum-based synthetics. If a public consultation occurs, there’s a good chance that the UK could be the first country in the world to ban fur outright.

We invite you to share your opinion whether there be an all-out ban on fur imports? Please vote and leave your comments at the bottom of this page.