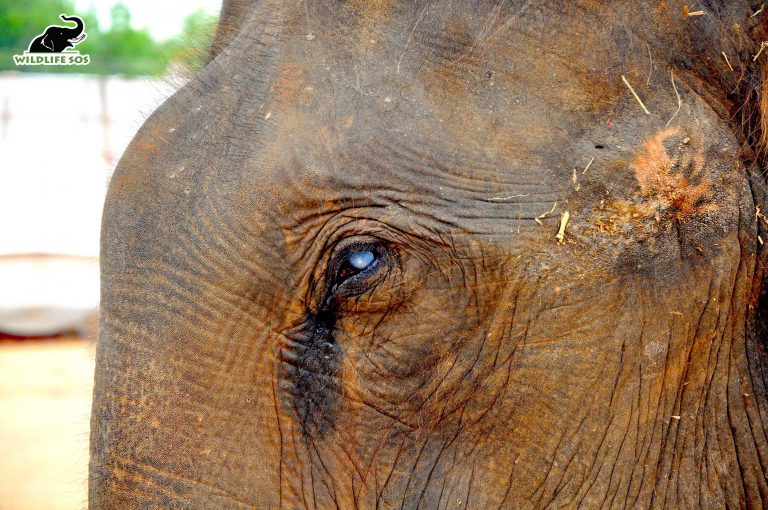 Elephants are social and sentient beings that express pain, joy, discomfort, and anger just like humans. As a traveler, you might not know that captive elephants that are used for begging, riding, in parades, weddings, or processions go through horrific training methods in order to be ‘tamed’.

Repeated thrashings, starvation, prodding of bull-hooks, heavy chains restricting their movement, and the unending psychological abuse that an elephant undergoes is just the first step of a lifetime of abuse and neglect.

Be watchful of the following signs as they may help you understand that the elephant is being abused:

The most commonly noticed behavior in captive elephants that displays the immense stress that they are under can be observed as the repetitive and monotonous motion of head bobbing, weaving, and swaying. The overused excuse that follows is that the elephant is merely enjoying their surroundings by shaking their head in joy! Elephants that are used for ceremonies and processions, surrounded by loud music, display their discomfort by head bobbing that many people assume is “grooving to the music”. For an elephant in the wild, with nothing but natural wild calls, the cacophony of traffic and loud music is unnatural, painful, and nothing short of torture.

If you notice an elephant displaying this behavior, understand that they have been traumatized and are under severe stress.

The elephants used for tourist rides have their distinct, protruding spines that are usually masked under brightly colored, ornate garb. The overbearing weight of a wooden or an iron carrier that exceeds 400 kgs sits on the elephant’s back for the most part of the day wherein they receive little or no respite from their monotonous routine. With their sunken temples showing signs of dehydration and old age, these elephants have spent most parts of their life walking on unnatural surfaces in scorching heat and bone-chilling winters.

Older elephants require special care and in no way should be exerted this way for the purpose of entertainment. Most elephants in old age lose their teeth and gradually, tend to lose vision as well, in spite of their deteriorating condition, they are not allowed to rest.

Opacity in the Eyes

Opacity or a white layer covering the elephant’s eyes is a telltale sign that the elephant is suffering from impaired vision and a major cause for this is severe malnutrition as they are deprived of fodder and fruits only to be fed dry grass and water to save cost.

In addition to this, the painful process of ‘phajaan’ involves the elephants being subjected to repeated beatings wherein the bull-hook or the stick with iron nails hurts their eyes and permanently damages their cornea.

These elephants also develop cataracts due to neglect and malnourishment and never receive any treatment for it. Would you really want to ride an elephant who can barely see where it is headed? Not only does it put them under immense stress but also puts your life at risk!

Condition of Their Feet

As tourists accustomed to watching elephants in captive and restrained spaces, we are seldom aware of the reality of elephant behavior in their natural habitat. When you observe an elephant in captivity, you will always notice that their feet are in terrible condition, as they were never designed to walk on roads; they belonged rightfully only in the forest. The elephants foraging through the thick forests often scratch their backs and feet against trees that allow their toenails to not grow beyond a painful point. In captivity, there has to be a proper foot care routine that has to be charted out for their care.

An elephant’s limbs carry the weight of the entire body in a 60 to 40 ratio between the forelimbs and hindlimbs. Overgrown and cracked toenails, severely torn and delicate footpads, and wounded cuticles affect the elephant’s ability to walk comfortably, often leading to fractures in the digits that remain untreated.

The use of spiked chains is illegal but they continue to be used on elephants. When pulled, the spikes tear at the flesh and create immense pain for the elephant and this is how they are controlled. The wounds often don’t heal and can become infected and gangrenous over time.

In spite of their pain, they are forced to walk around on unnatural stone surfaces and tied to concrete floors at the end of the day, where lying on one side gives them painful wounds and bedsores that end up getting infected.

While observing the footpad of an elephant may have its own challenges, it is very important to notice that the truth is right in front of us, should we look carefully.

One may spot visible discoloration of the skin, scars, rope burns, and often, fresh wounds on an elephant. Contrary to the claims that may be made that the elephant hurt itself on “its own” or “while playing”, the elephant would genuinely have been beaten up brutally. The wounds will not be cleaned properly and end up becoming seriously infected, causing the elephant immense and unimaginable amount of pain. If you spot any such visible wound, please understand that the elephant has suffered for your entertainment. Is it, then, really worth it?

While these are some of the most common signs of distress in an elephant, this is certainly not the entire list that highlights the abuse that elephants undergo. As animal lovers and conscientious citizens, it is very important that we are aware of the abuse that an elephant undergoes, in order to be abused for the entertainment and tourism industry.

If you spot an elephant in distress, please write to the Chief Wildlife Warden of the State and request them to take action. You can also reach out to us at our Elephant Helpline (+91-9971699727) or write to us at [email protected]!

Understanding these important signs will bring you face-to-face with the brutal reality that elephants have to undergo when they are poached from their natural habitat and subjected to unnatural urban spaces. Be an aware tourist and acquaint yourself with reality.