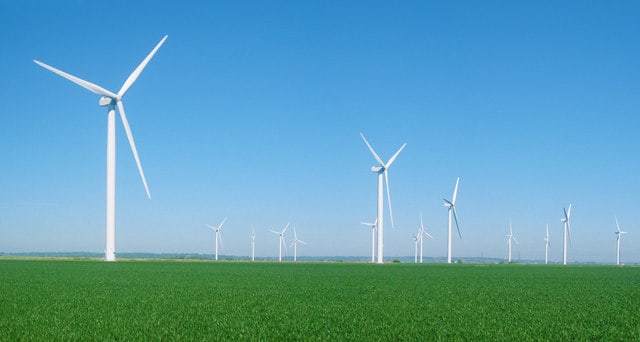 The benefits of green and renewable energy are all too clear to see. The vast amounts of money we could all save would possibly lead to much better lifestyles while the positive impact on our environment would help reduce the effects of global warming, therefore preserving our precious planet and its vital resources.

These positive impacts not only help humans but wildlife and wildlife habitat. If experts can sensitively place large energy sites, such as wind turbine areas, in areas considerate to wildlife, environments will improve and even flourish.

Placing these sites in in well planned areas takes into consideration the value and importance of biological diversity and possible impacts on its local wildlife. A balance is needed to be found to create good local wind resources, electricity (where it is needed) and new exciting projects that further reduce the need for fossil fuels.

Renewable energy companies understand the efforts needed preserve wildlife where they build their sites. This is a huge advancement in thinking compared to the power industries in the past. Green energy groups are actively fighting against the consequences of climate change and have experience in the practical side of finding suitable sites that have less damaging effects on the local wildlife whether that be on land or at sea. Wind turbines are usually placed away from forest land and areas with high biological diversity.

The potential cost competitiveness of wind power companies could cause compromising issues for reducing global warming and protecting wildlife habitat. For over a decade wind power companies have worked tirelessly with trusts and charities such as National Wind Coordinating Collaborative which strives to address the key issues between wind power and its impact on wildlife. These sort of think tanks help research options for mitigating effects on potential wildlife. These are non profit organisations so to ensure there moral obligations.

These organisations have created a list of key principles that outline how green energy suppliers some create their site and the moral framework within which they should build, distribute and sell their energy. A key principle suggests that ‘greenfield’ sites should not be disturbed and land that is already  in use should be the base for future developments. Given the monumental benefits of wild areas, energy suppliers should aim not build any new sites in these areas. Another factor in the decision to build sites such as wind power would be that they have long term strategies to reduce the harmful effects on wildlife and global warming.

Switching to green energy must safeguard our natural areas of wildlife, beauty and communities, especially those that are suffering from poverty. The planet’s natural resources provide so many benefits that we need to ensure we look after them. These areas provide a safe haven for wildlife and they allow them flourish and evolve. There is going to be a period of vast change and a lot of construction is needed before we feel the benefits of green energy. We all need to find a balance during this period to safeguard wildlife. Green energy provides that balance for the future of the planet.