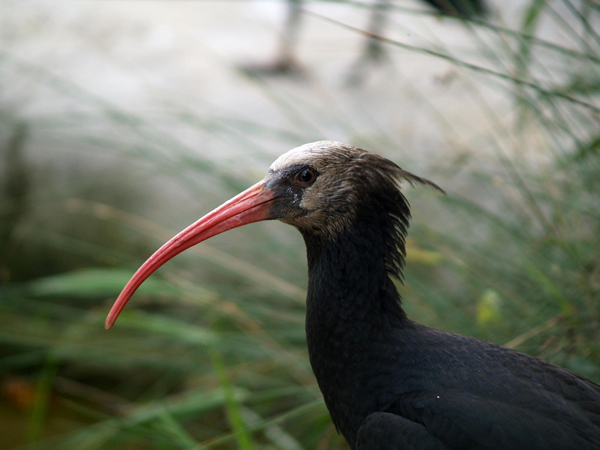 Local extinctions have occurred across a variety of habitats on every continent, affecting a gamut of species from large predators such as the wolves of North America, to tiny amphibians like the Kihansi spray toad of Tanzania. The long trek toward reversing such extinctions has begun, but it is not without its challenges, both ethical and logistical.

Nearly 300 years after they went locally extinct, a group of northern bald ibis was painstakingly taught to migrate from Burghausen and Salsburg in Germany to the Laguna di Orbetello on the western Italian coast. Other efforts include reintroduction of wolves to National Parks in the United States, gaurs and tigers to protected areas in India, and a small group of bison to the forests of the Rothaar Mountains in Germany.

All of these projects are based on the conservation strategy of rewilding. Richard Ladle, a researcher at the School of Geography and Environment at Oxford University, defines rewilding as “restoration through reintroduction, often with the aim of re-booting ecological processes and restoring food webs that were lost with the extinction of keystone species.” Many think that rewilding can be a dangerous game to play, such as in the case of the unpredictable consequences of reintroducing mammoths to the northern hemisphere via preserved genetic material. Accidental reintroductions have also resulted in overwhelming population booms of invasive species, exemplified by camels and rabbits in Australia.

So why disturb the status quo with reintroductions?

In the mid-1990s, Michale Soulé of the University of California, Santa Cruz, proposed a convincing argument for rewilding North America. In his landmark article of 1998, coauthored with Reed Noss of the Florida Institute for Conservation Science, Soulé outlined the three major arguments that support rewilding. First, based on studies from South America, scientists have shown that the structure and resilience of ecosystems is maintained by “top-down” interactions between top predators and their environments. Second, large predators need space to live – indeed, “they justify bigness,” according to the researchers. Finally, since most core areas are not large enough to provide ideal ranges for such predators, they must be connected to surrounding core areas to ensure the long-term viability of these predators and the ecosystems in which they live. Soulé calls these the three “Cs” – Cores, Corridors and Carnivores – representing the critical need for core reserves, connectivity and keystone species.

The consequences of large predator removal are well documented in North America. In his article, Soulé describes the particular case of wolves hunted to extinction in Yellowstone National Park. Without the wolves, elk populations rose dramatically, leading to over-grazing of habitat adjacent to rivers and streams. The loss of bank vegetation led to erosion, muddying the waters and displacing many aquatic species that depend on clear, cool water. With few saplings left to grow into mature trees, beavers and other fauna abandoned the area. Soulé argues that the loss of large predators can also increase the abundance of small predators (known as mesopredators), such as small cats, which then decimate smaller prey such as songbirds. Even ungulate species, the typically booming prey species of the missing large predators, begin to compete with each other for space and food; in fact, this can result in one ungulate species replacing another, irrevocably changing the ecosystem.

Soulé and Noss advocate that “biodiversity and rewilding are not competing paradigms, but complementary strategies,” where the concurrence of the two result in ecosystem conservation. Rewilding is not a one-size-fits-all approach. According to Ladle, efforts in Europe generally focus on the relationships between large herbivores and the environment, whereas those in North America have largely concentrated on the roles played by large predators in sustaining an ecosystem. In other words, rewilding need not apply only to specific groups of species, but can be implemented more holistically, with reintroductions of keystone species ranging from herbivores to plants.

The special case of the Chilean Espinal

Nearly 45 percent of central Chile encompasses a unique biome called espinal, savannahs dominated by a spiny tree called the espino (Acacia caven). Since the espinal lends itself easily to the grazing of cattle, it has been exploited for such use for decades. According to Meredith Root-Bernstein, of the School of Geography and the Environment at Oxford University, in Chile the espinal is widely regarded as unimportant.

The origins of the espinal are a matter of some contention. Some scientists suggest that the espino is merely an invasive species introduced by herders from the Andes, while Root-Bernstein and others are of the opinion that they could have been naturally dispersed across Central Chile by guanacos, a camel-like species native to the region.

The guanaco (Lama guanicoe) is one of the largest land mammals in South America, weighing nearly 200 lbs. It lives in groups of females and infants, as well as bachelor male groups, and is the ancestor of the domestic llama.

Root-Bernstein and her team propose to test the benefit of guanacos to the espinal by reintroducing six male guanacos into a small area to study their interactions with the espino tree. She expects guanacos to browse on the espino, triggering one or both of two major effects. First, the espino could demonstrate “compensatory growth” by increasing in size to better contend with guanaco browsing. Second, seeds that have passed through the guanaco gut could show higher propensities for germination than those that have not.

“Over the long term, we expect increased espino reproduction and canopy cover to translate into greater herbaceous biomass, more water retention in the soil, an increase in biodiversity, and more efficient livestock (sheep and cattle) production in espinals, ” Root-Bernstein told mongabay.com. Her team also hopes to develop a plan to incentivize and support guanaco reintroduction by local landowners.

Rewilding faces many challenges. According to Ladle in his article for Root-Bernstein’s fundraising campaign via Microryza, these include careful examination of the consequences of introducing surrogate species required to replace locally extinct ones, defining realistic baselines for simulating the past and determining whether to focus on smaller or larger animals. It is also important to effectively manage the impressions of local human populations when it comes to reintroducing a species.

“Predators act as a litmus test for what stakeholders really want when they want wilderness,” writes Ladle. “Many existing reintroductions could be rebranded as rewilding by the implementation of monitoring and assessment protocols. There is something innately appealing about reconstructing the past, hence the popularity of historical re-enactment societies, and a vast array of films from 10,000BC to Jurassic Park.”

Root-Bernstein’s work with the guanacos is one of many projects investigating rewilding around the globe. Organizations such as the Rewilding Institute and the Wildlands Network are working on large-scale conservation projects within North America, such as the creation of four large, protected corridors of land running coast to coast and north to south. Rewilding Europe is committed to rewilding one million hectares of land within Europe by 2020, creating ten large wilderness areas throughout the continent. Across Australia, an ambitious project called Gondwana Link aims to rewild 1,000 km of connected bush, and has already put over 900 km of bushland in place. Given the rapid rates of deforestation and habitat destruction occurring across the globe to adapt to a ballooning human populace, many scientists agree that rewilding can serve as a solution to rehabilitate and restore even human-modified areas that have lost their economic value.

This is well considered. I hope the Chilean government approves because there is ONLY good that can come of this program…much better than allowing the area to become desert!