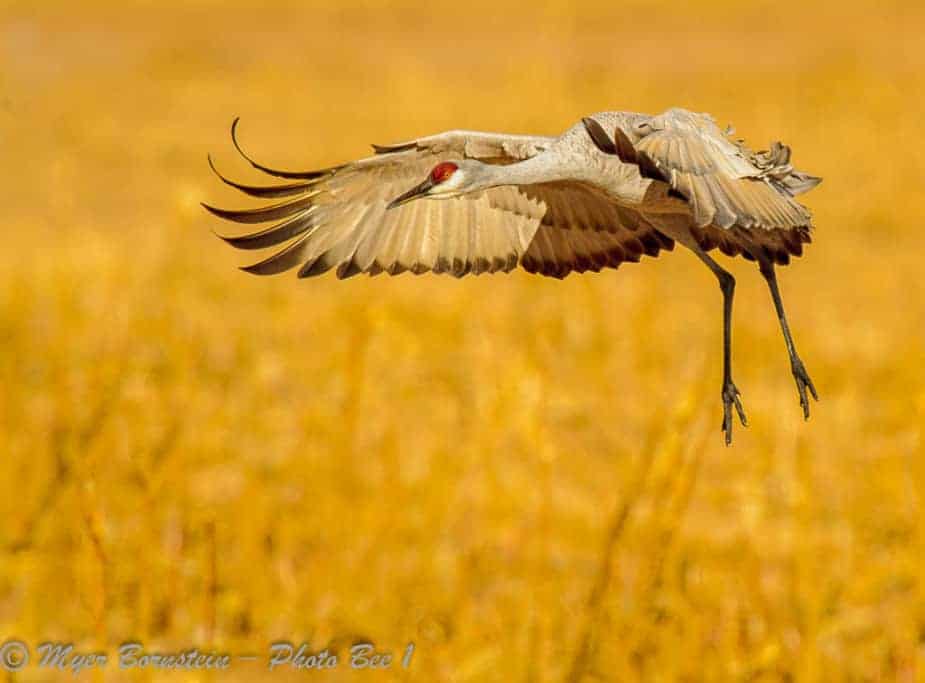 Sandhill cranes are one of my favorite birds. I have yet to see them during spring migration in Nebraska, where it gets its name because of the Nebraska’s sandhills. However, I have observed them, and photograph them in Florida, the subspecies in Florida is considered endangered, New Mexico at Bosque del Apache, and the cranberry bogs of Massachusetts and just recently in the middle winter in a field in Rhode Island.

What is interesting about Sandhill cranes is that it has one of the longest fossil records of any bird that is still found today. There was a 10-million-year-old Crane fossil found in Nebraska, which is thought to be a prehistoric relative of the modern day Sandhill Crane. The earliest remains may be those found approximate 1.8 million years ago. If you get a chance to get out and see one of these gorgeous birds.