At the end of January last year I was surfing the internet, reading birding blogs, when I discovered a January 14th post by Kimberly Kaufman titled “Help us prevent paradise island from becoming paradise lost…”, about the 75 year-old Audubon Camp located on Hog Island in Muscongus Bay. Her message was so compelling that I immediately went to the Hog Island Audubon Camp website and registered for a summer environmental educator’s workshop called “Sharing Nature”.

Fast forward to mid July, 2011: After wending my way up the coast from Portland, with a stop at Reid State Park (an important and scarce sandy beach habitat fornesting Piping Plovers),I arrived at the dock in Bremen, Maine on the first afternoon to board the boat for the short trip across the channel to the camp.

Upon landing, I found my dorm room in one of the early 20th century cottages. There was ample time for some coffee or tea and to chat with other campers-some of whom were there on scholarships from their local Audubon societies, as well as to explore a bit of the island before dinner. 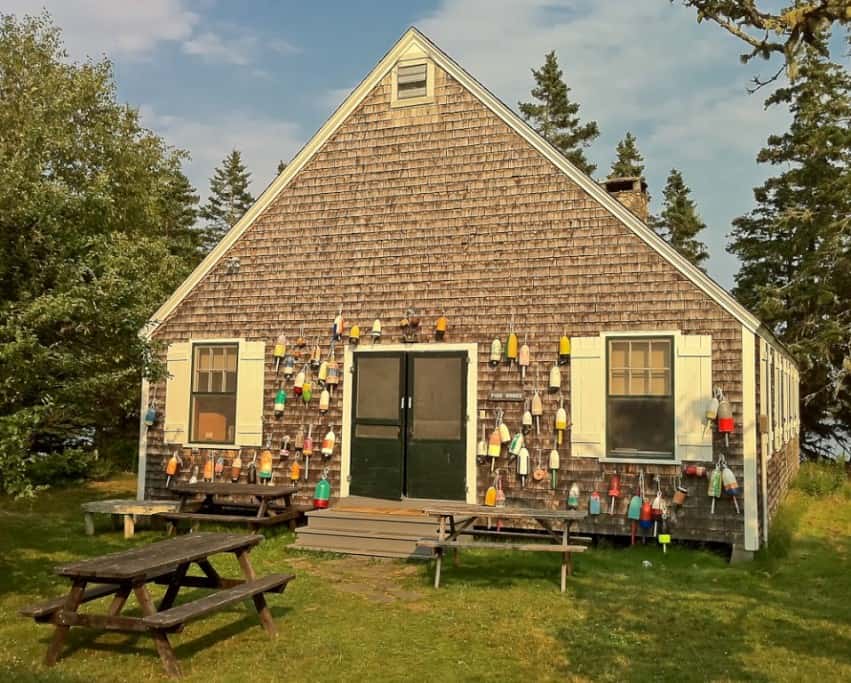 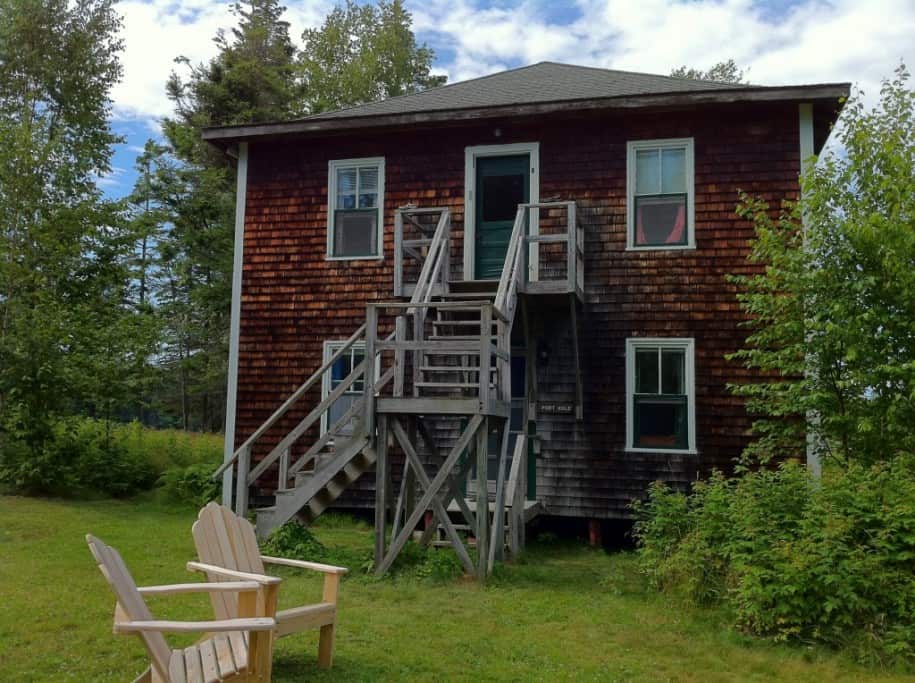 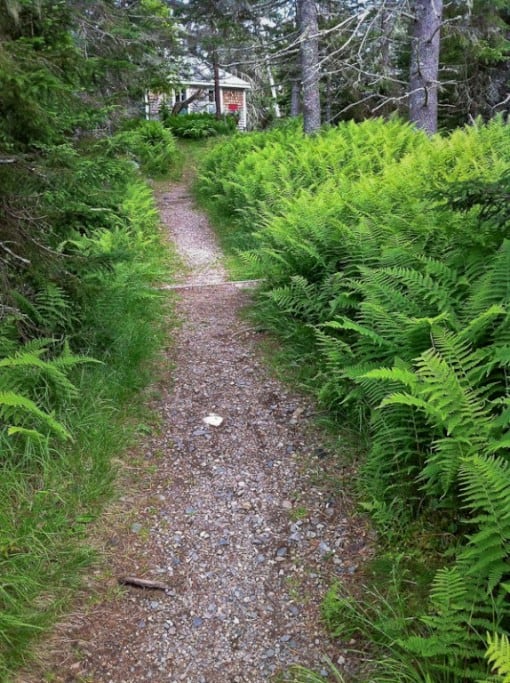 As I walked the trails that first afternoon, looking and listening for birds, I savored the beautyandpeacefulness ofthe place, and thought about its history.

Not having been to Maine before, I had learned, prior to my visit, that summer 2011 was a watershed season as well as the 75th anniversary of Maine Audubon Camp.

The camp had been on the brink of closure due to financial losses, but a newly formed group of passionate conservationists called “Friends of Hog Island” had been instrumental in saving it.

I would find out for myself over the course of the next four days why this was a worthwhile endeavor.

On the second day, a boat tour around the island gave us a chance to see the inner channels of Muscongus Bay, which were dotted with numerous colorful buoys, each one indicating a submerged lobster trap. 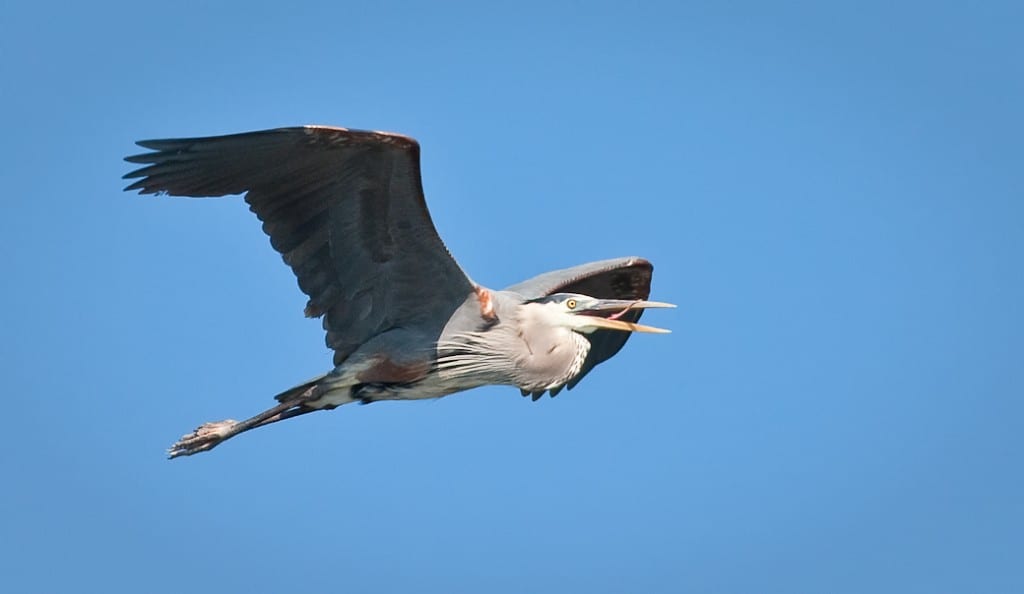 Each morning and afternoon we had a choice of workshop activitiesthat included birdwatching, wildlife hikes, writing andsketching, pond and bog explorations on the mainland, and an intertidal exploration for the entire group on the last full day of the workshop. 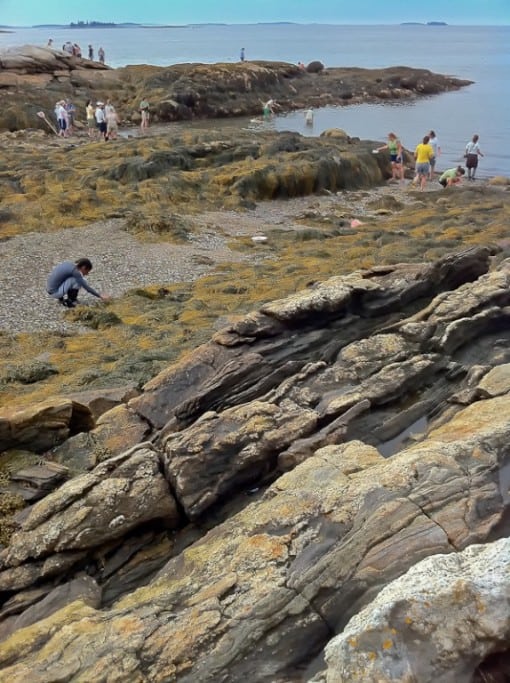 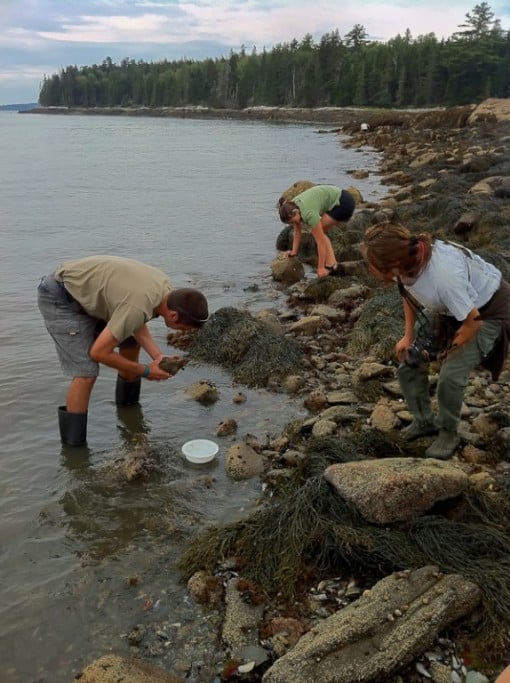 The highlight of the week was a trip out to Eastern Egg Rock, an important nesting site for Atlantic Puffins, which have been restored to the island through the efforts of Project Puffin. Everyone boarded the boat with binoculars in anticipation of seeing lifers. Fortunately, the weather was gorgeous and we all got great looks at the puffins, Eiders, Cormorants, Black Guillemots, Terns, and hordes of gulls as we circled the small island. It was both fun and challenging to shoot photographs of seabirds from a moving boat. 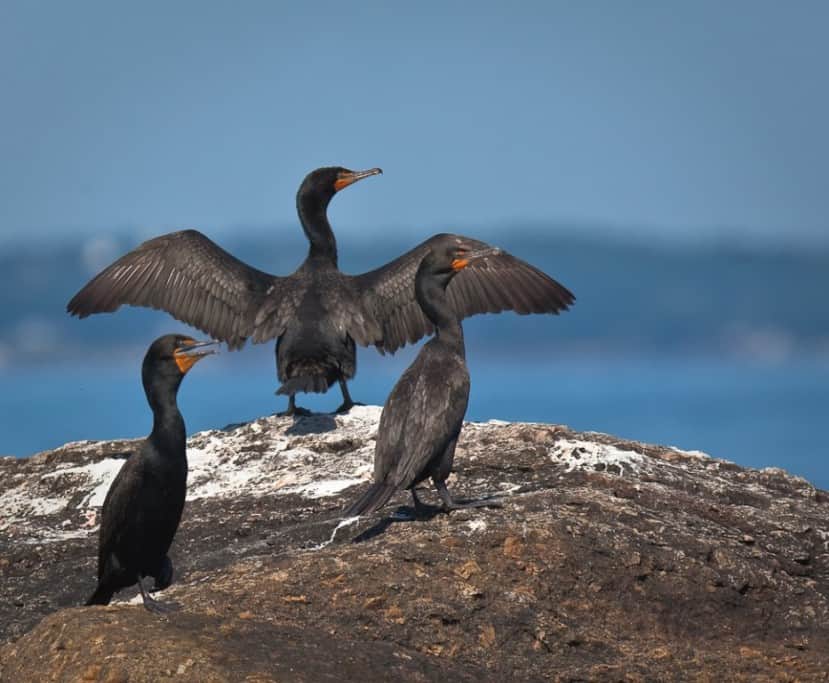 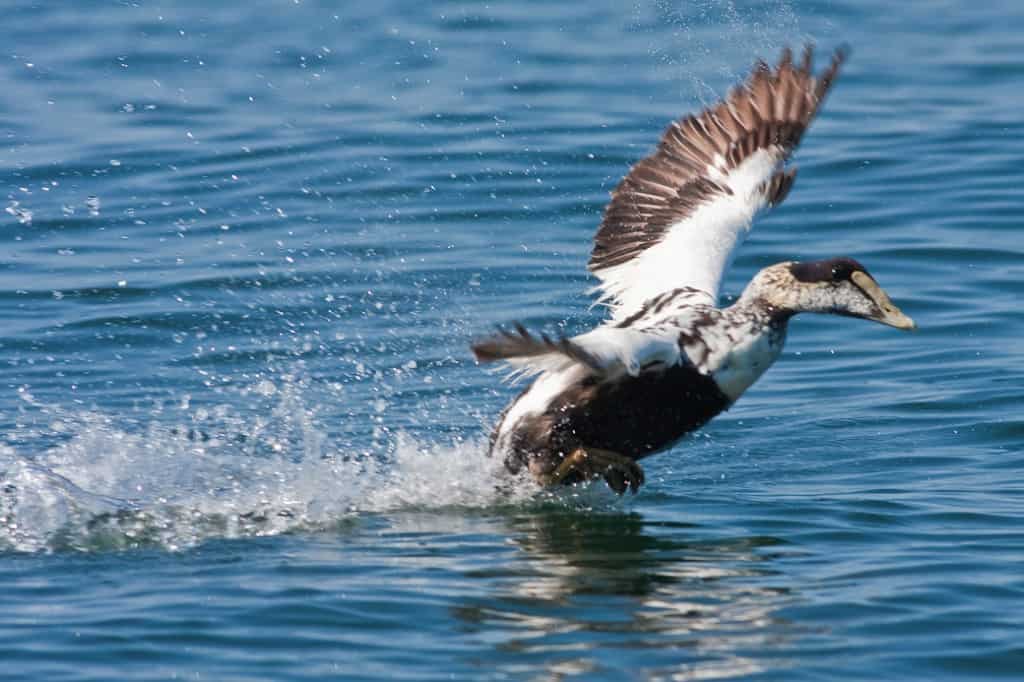 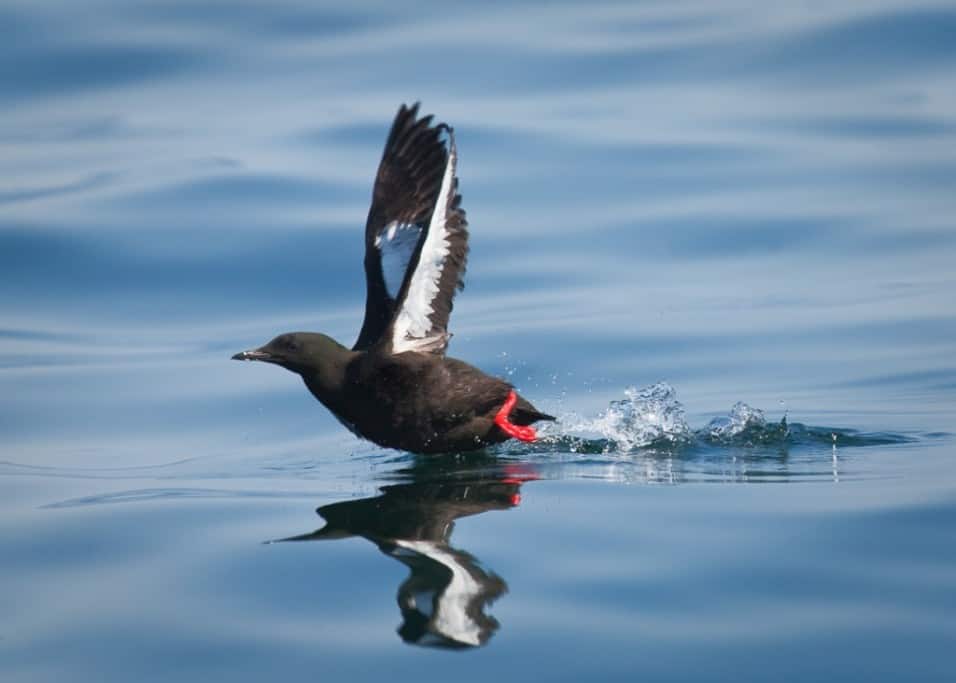 Combine the location with a wonderful group of generous and giving instructors, fellow environmental educator campers, friendly camp staff-most of whom had been campers here before, with the gourmet meals served family-style at long tables, and you have a recipe for memories that will last a lifetime.

The entire collection of photographs from my week on Hog Island can be viewed here.

These images were also part of a series on my photoblog.