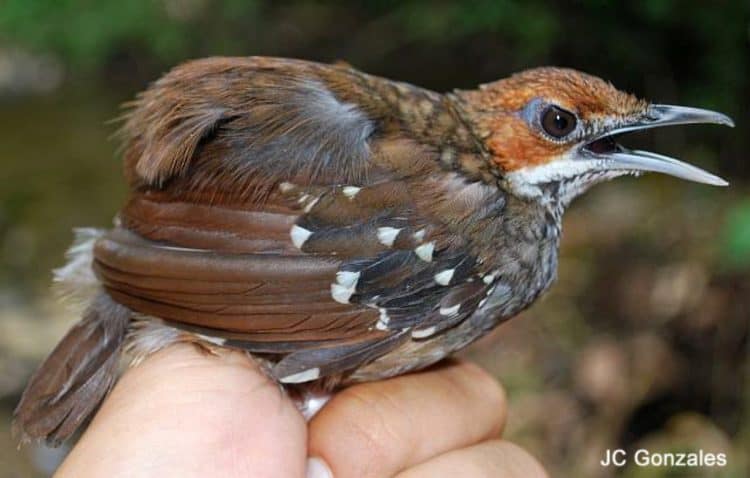 A ground-warbler from the Philippines is the twenty-third species of bird described in 2013. The species, dubbed Robsonius thompsoni, is described in the August issue of the journal The Condor.

“When we noted the different plumage coloration between adult birds in the Cordillera and the Sierra Madre in northern Luzon, we sequenced DNA to determine if the plumage differences were individual variation within a species, or if the two plumage forms were also genetically diagnosable,” Hosner said.

“We found that Cordillera and Sierra Madre birds were highly divergent in their DNA, almost as different as the distinctive Bicol Ground-Warbler in southern Luzon.”

The new species is named after Max Thompson, a retired professor from Southwestern College and a research associate in the Biodiversity Institute at the University of Kansas (KU).

“He received his master’s degree from KU in the ’60s for his studies on the birds of Borneo, and he has conducted avian research on every continent,” Hosner said. “When Max retired a few years ago, his extensive research collection came to the KU Biodiversity Institute. We wanted to name the bird after Max for his decades of avian research around the world and thank him for his contributions to KU ornithology.”

The Sierra Madre Ground-Warbler is the twenty-third species of bird described for the first time in 2013. Three of the “new” species were also described by researchers at the University of Kansas’ Biodiversity Institute

There are around 10,000 bird species known to science.