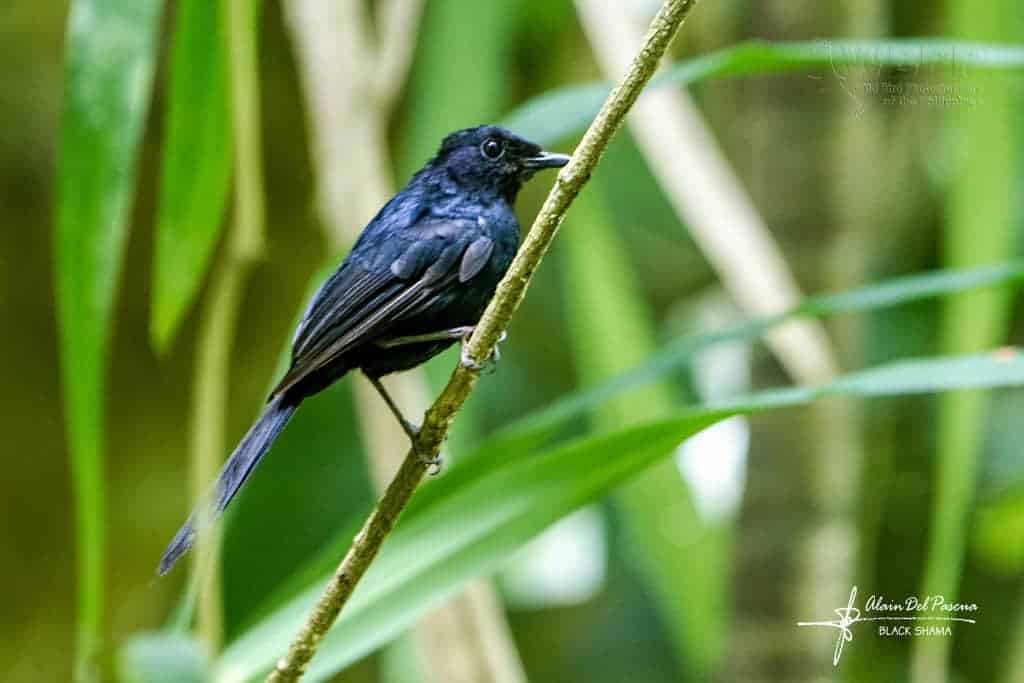 “SILOY,” that is what this Philippine Cebu Endemic is locally called. I have thought that photographing this bird would be a walk in the park, but it was quite difficult for us. Our local guide Pedro Villarta, who is one of the wardens of Nug-as forest in Alcoy, said that the bird is territorial and responds to calls which he perfectly mimicks. He said that it always posed for quite some time allowing for good photographs to be taken, but this time it was elusive. We visited four separate known territories, and yet this endangered bird just flew by or back and forth without giving us clean view and precious moments. Luckily on the fifth site it suddenly perched in front of me. Though it just stayed there for a couple of seconds, I managed to get some shots and got this docu click.

The BLACK SHAMA is considered to be “endangered” as listed by IUCN. It is one of the three Philippine endemic birds found in Cebu Island, the two being Cebu Hawk Owl and Cebu Flowerpecker. We were actually gunning for the later, considered to be “critically endangered,” but we know that’s almost impossible since until now no photograph nor docu shot has seen the light of day of this bird considered extinct since 1906 but rediscovered in 1992. The Black Shama filled-in the void as it comes second in our list.

I was attending with the Manila Youth Bureau an off-site seminar of the SK of Manila in Badian when I sneaked out on the last day to meet up with Cebu-based bird photographers and WBPP fellows Gerald Abao Yuvallos, Ceasar Azanza and Lanze Leo Berro Amparado. Godfrey Jakosalem linked us up with Pedro whom we picked up as we enter the forest. Thanks fellas for the ride and the company. It was great birding with you.