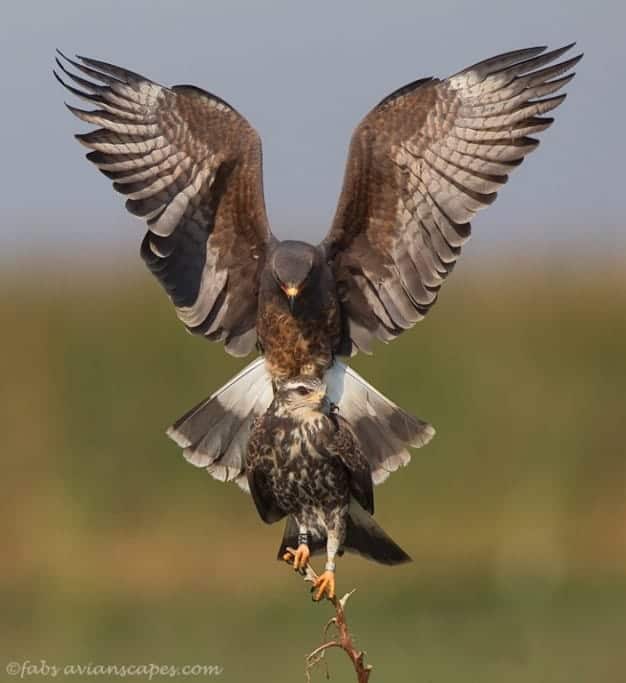 Dawn begins to break as the sun rises slowly on the horizon and a female Snail Kite shakes her feathers briskly as she prepares to begin her day. Her two-toned feathers have the luster of youth and her pose is proud. Her keen eyes scan the horizon and she bobs her head as she gets ready for the hunt. It is the time of the year when nature’s call brings pairs together to assure reproduction.

Snail Kites have a very specialized diet, feeding almost exclusively on the Apple Snail,although they will occasionally take a small turtle when the opportunity arises. Species that have more varied food sources are more likely to survive. The first step to extinction is extreme specialization.

There was a time when all the land south of the lakes had provided nearly endless swamps and marshes where the Snail Kite could find an abundance of food. Man’s relentless destruction and draining of swamps and marshes resulted in a huge reduction in Apple Snail habitat in a matter of only a few decades, resulting in the decline of a species unable to rapidly adapt to a change of diet.

She shook her feathers again and waited for the sun to get higher so that she would be able to spot her prey which would be no more than two inches under the water surface. When the light was right she would begin hunting, flying around her territory, her sharp vision not missing one target. The amount of energy she spent on this was enormous. She could hover for a long periods looking into the water from above, and she would spend almost as much energy hunting as she gained from every juicy morsel.

She was lucky to be in this part of the lake. The water here was pristine and fairly abundant; necessary requirements for the Apple Snail to thrive and grow. She would find an abundance of prey here, and she would be able to do her part to perpetuate her species

At one time, there were as few as 12 Snail Kites reported in the State of Florida.The Kite, a hawk-like bird, has different breeding behavior than the typical Accipitridae. Snail Kites change nesting locations depending on water levels. They nest in the summer in loose colonies and choose trees as nesting locations. Both parents hunt for food during the nesting period. One of the pair may abandon an active nest to start a new one with another partner, leaving the original mate to fend for the chick alone. Their call is similar to laughter and can be quite loud. They are listed as Federal and State endangered species due to their small population in the United States and their extreme habitat specialization. They are very common in Latin America, where they are called Gavilan Caracolero; Spanish for Snail Kite.

Although the Kites were known as Everglades Kite in the past, they are no longer commonly seen as far south as Everglades National Park. Loxahatchee National Wildlife Refuge and Grassy Waters Preserve, both in Palm Beach County, are locations where you can see and photograph Snail Kites. Lakes in Central Florida, such as Lake Kissimmee are also a good place for them. Last year, their nesting site at Loxahatchee National Wildlife Refuge was fairly close to the service road where photographers are allowed, and there were a few nests within long lens reach.

As photographic subjects, Snail Kites are majestic in flight or perched, but difficult as an overhead target because their dark colors make them hard to illuminate unless the water is reflecting some light onto the underwing area; but females are a bit easier due to their lighter two-toned feathers.

We can only hope that enough Apple Snail habitat is preserved so that these specialized birds can continue to reproduce an thrive in Florida.