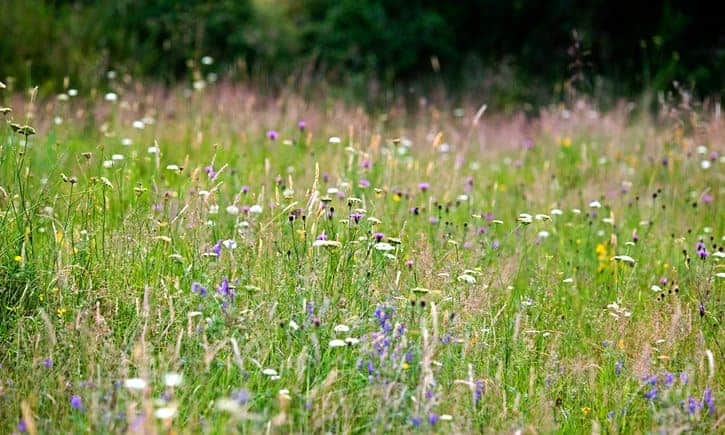 Threatened wildlife including turtle doves and skylarks could benefit from a scheme which has been launched to create natural habitats at solar farm sites.

The project by wildlife charity RSPB and clean tech company Anesco aims to boost wildlife at the firm’s solar farms across England and Wales.

Wild flower meadow areas and seed-rich planting in the “unused” margins of the farms and where tracks go between the panels will help boost insects such as bees and butterflies and provide food and nesting areas for birds, the RSPB said.

The scheme will reinstate habitats which have been lost in the face of agricultural intensification, hitting farmland bird species.

It is hoped that struggling species such as tree sparrows, which have seen numbers fall by 94% in the last 40 years, turtle doves which have seen an 89% reduction in numbers, lapwing (58% fall) and skylarks (51% fall) will be helped by the project.

Butterflies, reptiles, mammals and amphibians could also be helped by the move.

The project will see the RSPB advising Anesco on providing for “priority” species – those in most need of help – at its existing solar farms, in places ranging from Cornwall to Suffolk, Yorkshire and the Isle of Anglesey, with the advice also helping to form plans at new sites.

Darren Moorcroft, RSPB head of species and habitats conservation, said: “It is an excellent opportunity to develop habitats for nature in need of our help, showcasing how a renewable energy business and wildlife conservation can be delivered in unison; whilst providing clean energy and sustainable development we can still continue to give nature a home.”

He added: “We’re interested in renewable energy because the threat of climate change is the biggest threat to nature and to people.

“The opportunity of this partnership is both mitigation and adaptation. The panels are helping us to reduce our carbon emissions and the habitat within the solar farms can create the places for priority species to live and survive and thrive.”

Adrian Pike, chief executive of Anesco, said: “Encouraging biodiversity has always been a priority for us and we’re thrilled to be working with such a respected and knowledgeable organisation as the RSPB to build on our existing commitment.

“We will be maximising the positive impact that our sites have for local wildlife, while focusing on supporting those species that really need it.”

This article was first published by The Guardian on 07 Mar 2016.