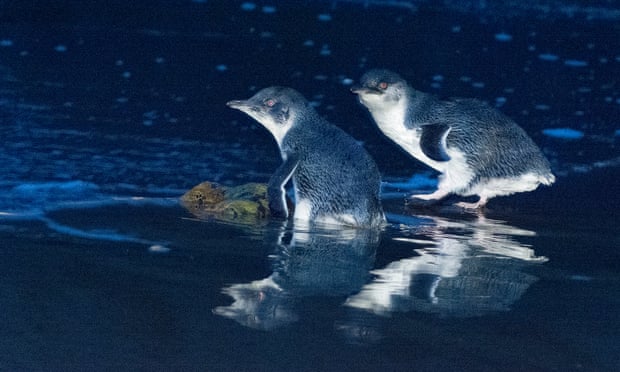 An attempt to save the Tasmanian devil by shipping an “insurance population” to a tiny Australian island has come at a “catastrophic” cost to the birdlife there, including the complete elimination of little penguins, according to BirdLife Tasmania.

Maria Island, a 116-square-kilometre island east of Tasmania, was home to 3,000 breeding pairs of little penguins around a decade ago.

Their populations have dwindled since Tasmanian devils were introduced in 2012, but according to BirdLife Tasmania, the most recent survey conducted by the parks department showed penguins had completely disappeared from the island.

Dr Eric Woehler, the convenor of BirdLife Tasmania, said the loss of birdlife was a sad but unsurprising outcome.

“Every time humans have deliberately or accidentally introduced mammals to oceanic islands, there’s always been the same outcome … a catastrophic impact on one or more bird species,” he said.

“Losing 3,000 pairs of penguins from an island that is a national park that should be a refuge for this species basically is a major blow.”

A 2011 report conducted by the Tasmanian Department of Primary Industries, Parks, Water and Environment predicted the introduction of the carnivorous marsupials would have “a negative impact on little penguin and shearwater colonies on Maria Island through devil predation”.

“Because of their larger size and ability to dig, devils had greater impacts on nesting shearwaters than either cats or possums [which also prey on the birds],” the study found.

Woehler also noted anecdotal evidence of behavioural changes in Cape Barren geese on Maria Island, which are normally ground-nesting birds. “We’re getting reports of geese trying to nest in trees to avoid devil predation,” he said.

“It’s very clear that the devils have had a catastrophic ecological impact on the bird fauna on Maria Island.”

The rationale a decade ago for putting an insurance population of devils on Maria Island was valid, said Woehler, because at the time the impact of the facial tumour disease was not well understood.

Research published in 2020 found the facial cancer was unlikely to wipe out devil populations because the spread of the disease seems to have slowed.

Maria Island was initially deemed to be an ideal location for the devils, as it has no public vehicles and roads, and also has introduced macropod species the animals could prey on. The island has Tasmanian pademelons, Forester kangaroos and Bennett’s wallabies, whose populations were previously managed by annual culls.

A Tasmanian government spokesperson said its Save the Tasmanian Devil program continually monitored and evaluated the devil population and program activities.

“All effective conservation programs are adaptive and the STDP will continue to evolve in line with new knowledge in science and emerging priorities,” the spokesperson said.

“This also applies to Maria Island, where active monitoring and management occurs, and Maria Island remains an important part of the broader devil program to help restore and maintain an enduring and resilient wild devil population in Tasmania.”

This article by Donna Lu was first published by The Guardian on 21 June 2021. Lead Image: Little penguins – the species has been eliminated from Australia’s Maria Island by introduced Tasmanian devils. Photograph: Eric Woehler.