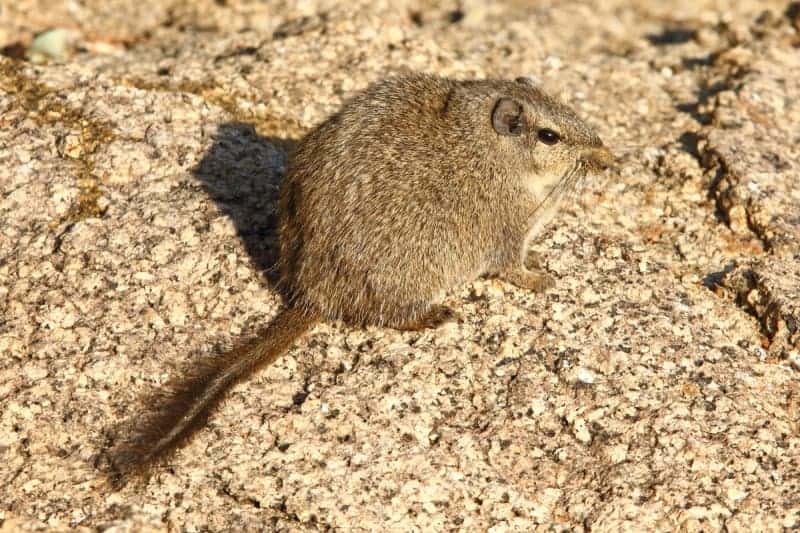 The Dassie Rat (Petromus typicus) is endemic to the Southwest Arid Zone of Africa. Their range encompasses northwestern South Africa (Northern Cape Province), central and western Namibia and southwestern Angola. These cute, squirrel-like, long tailed rodents occur regularly and sometimes commonly in rocky areas within this vast swathe of desert and semi-desert land. What makes this creature rather sought-after is that it is the only surviving member of the family Petromuridae. Translated as “rock mouse”, the Petromuridae family used to be a widespread and diverse group of rodents known from fossil and subfossil records throughout Africa. They are believed to be most closely related to the giant Cane Rats that still occur in grasslands and canefields of more moist areas of Africa. The name Dassie Rat is derived from the Afrikaans word for a hyrax; “dassie”, and is a rather apt name as Rock Hyrax co-habit the same rocky outcrops that the Dassie Rats enjoy, and superficially, a Dassie Rat resembles a young hyrax, that is until its long fluffy tail is spotted! The Dassie Rat’s alternative name is the Noki.

A Dassie Rat sun basking in the early morning rays 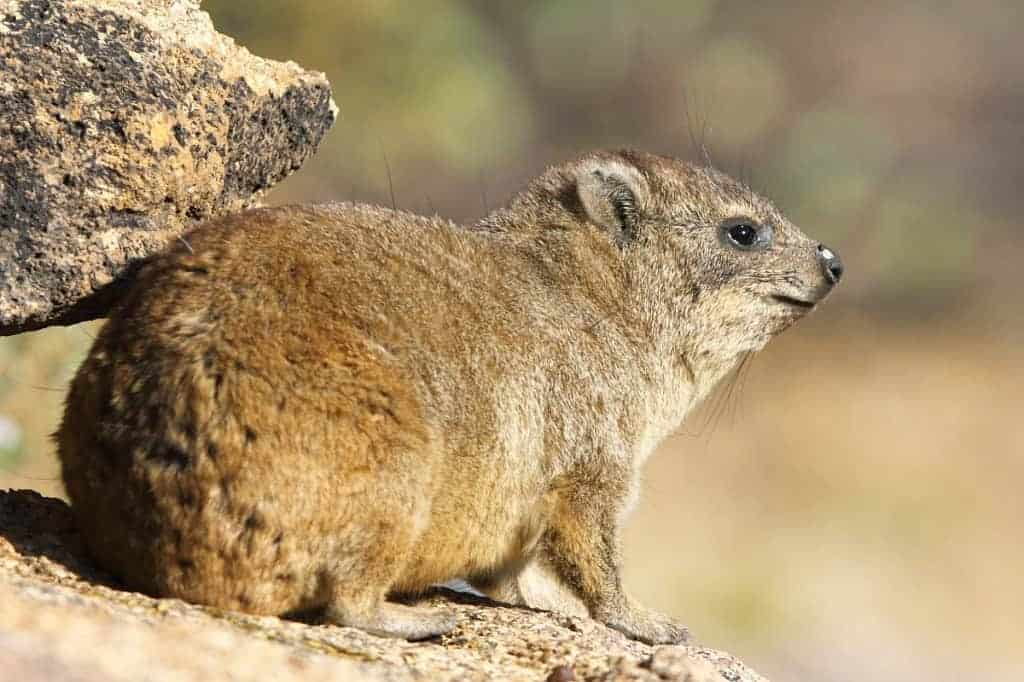 Rock Hyraxes are much larger than Dassie Rats but co-habit the same rock outcrops. The Dassie Rat’s name originates from the Afrikaans word “dassie” meaning “hyrax”

Dassie Rats are well known for their ability to wedge themselves into extremely narrow crevasses from which they are almost impossible to extract. They have evolved narrow, flattened skulls and very flexible ribs to master this talent. Female Dassie Rats even have teats on the sides of their torso, rather than underneath, so that their young can nurse in the very confined and narrow spaces in which they den. Dassie Rats usually give birth to a pair of offspring and only once per annum, a particularly slow reproductive rate for a rodent. As their gestation period is an extremely protracted period of three months, the young are well developed when born; fully furred, with eyes and ears open and ready to run! These young are known as ‘kittens, nestlings, pinkies or pups’, whereas female Dassie Rats are termed ‘does’ and males ‘buck’. They feed predominantly on soft vegetable matter, especially grass stems and leaves and flowers of the daisy family, but will also take fruit, seeds and insects when available. They have been observed climbing trees to pluck leaves and are also coprophagous, meaning they eat feces, sometimes even their own. Dassie Rats obtain all their moisture from their diet and are thus able to survive without drinking, another essential characteristic in their arid environment. 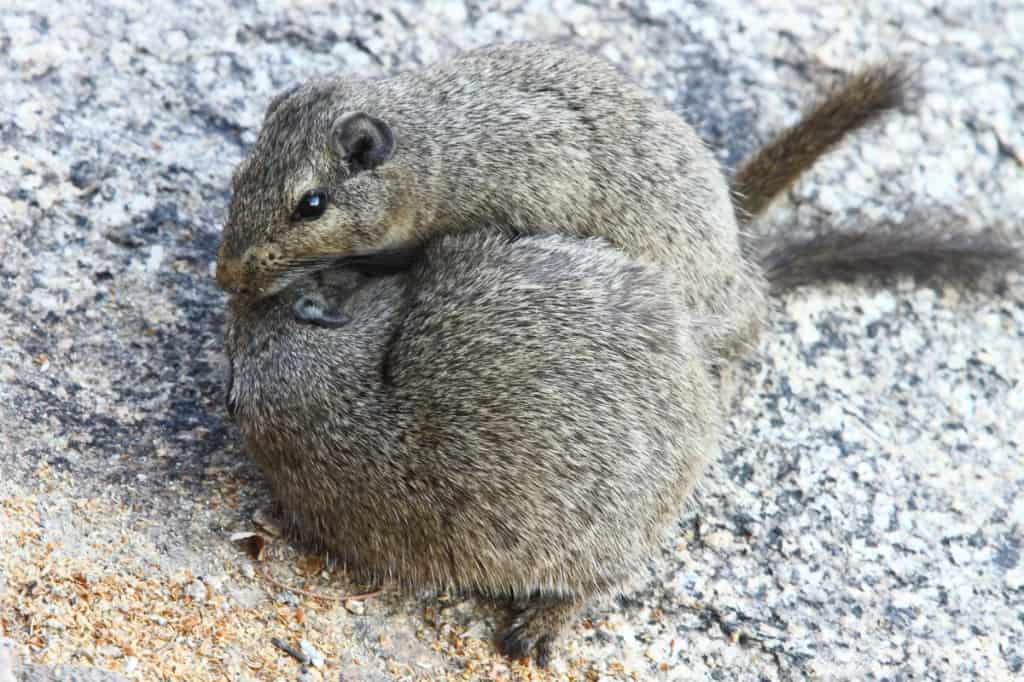 A pair of Dassie Rats during courtship 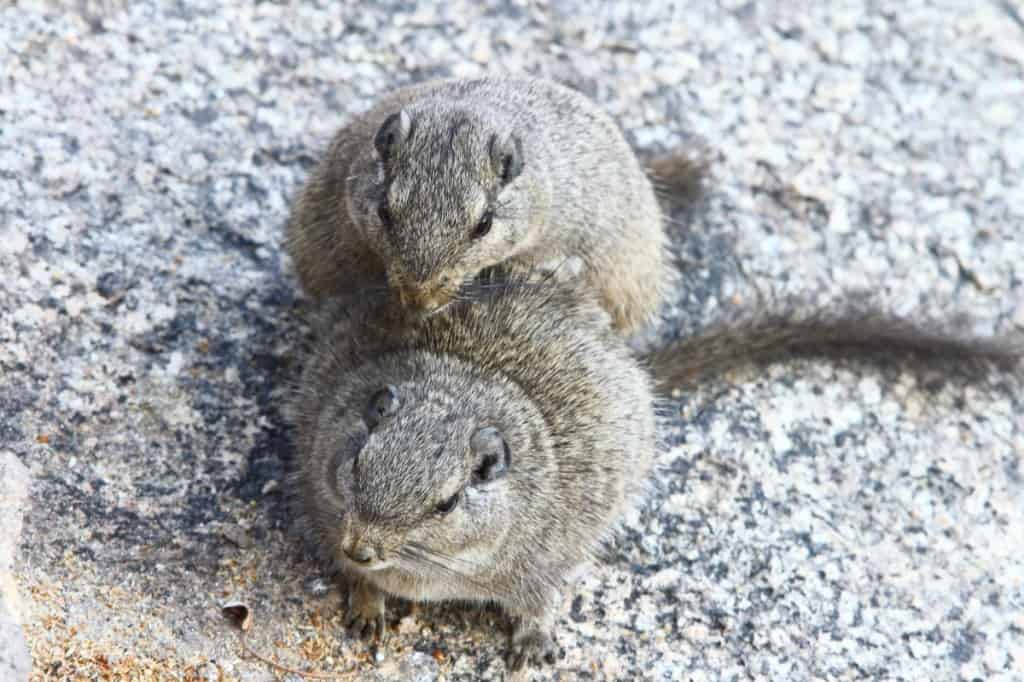 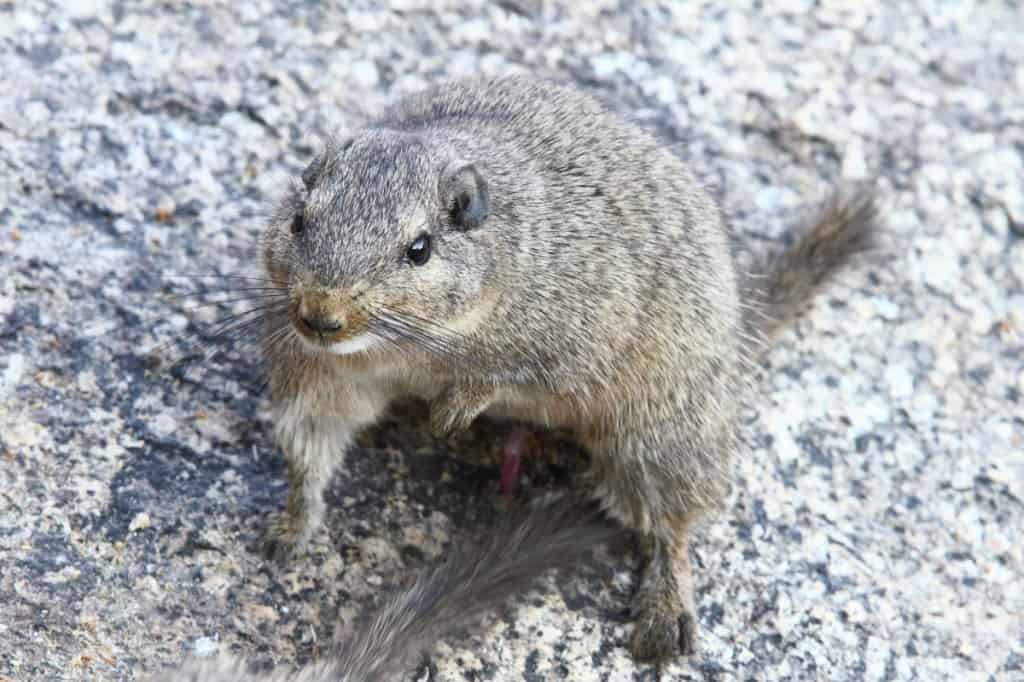 A male Dassie Rat is left exposed after copulation

Other physical features of this species include unusually large eyes, a prominent yellowish nose, bare feet with pads and short, silky fur (however their bellies are naked) of a grey, brown or buff colouration that is perfect camouflage in their rocky environments. As with other rodents, their front teeth continue growing throughout their lives, however their cheek teeth are not evergrowing. They groom themselves with their hind claws which have evolved stiff hairs that are believed to act like combs. Adults weigh from 6 to 11 ounces (170 to 300 grams) and reach a length of 5.5 to 8.3 inches (14 to 21 cm), with their tails adding an additional 6.69 inches (17 cm). 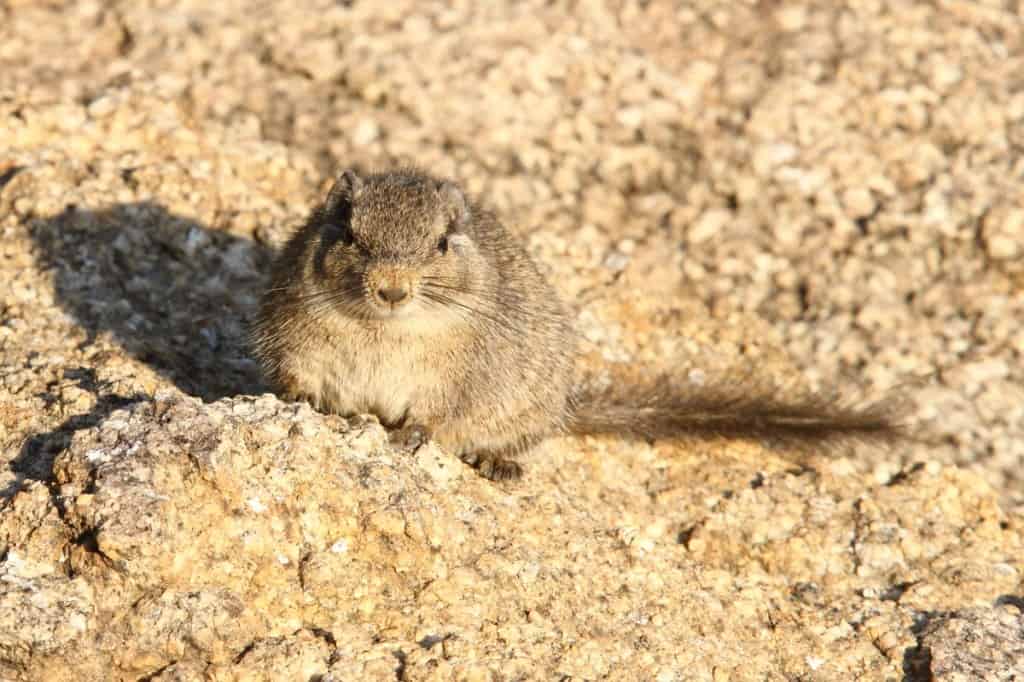 Dassie Rats are colonial, living in small family groups of several adults and young (maximum recorded group size is 22 individuals). They have numerous predators including snakes, mongoose, jackal and avian raptors. Group members give off a distinctive whining whistle as a danger warning. Hyraxes don’t predate on Dassie Rats but do chase them away from food sources. They are diurnal and most active at dawn and dusk, and enjoy basking in early and late sunlight. This solar basking also conserves energy, a useful trait due to their slow metabolic rates and low nutrient diet. Their favourite basking spots are close to their shelters and are often stained yellow from their urine. Dassie Rats are very docile yet playful animals. Reliable sites where I have encountered these lovely creatures include the Erongo Mountains, Spitskoppe, Twyfelfontein and Spreetshoogte Pass, all in Namibia. 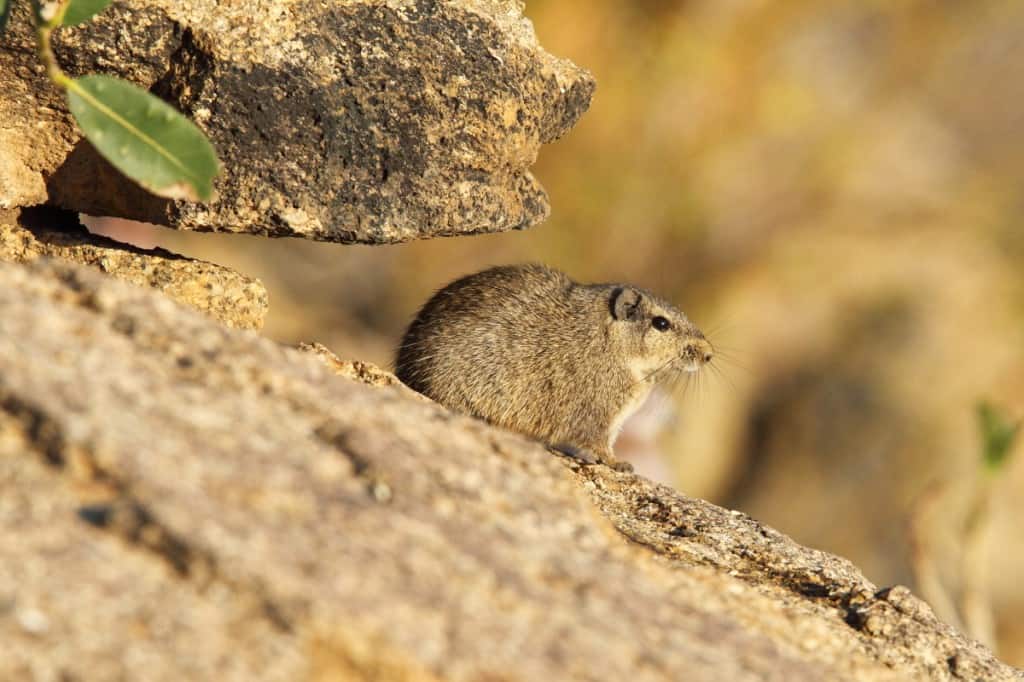 All images by Adam Riley www.rockjumperbirding.comwww.indritours.com