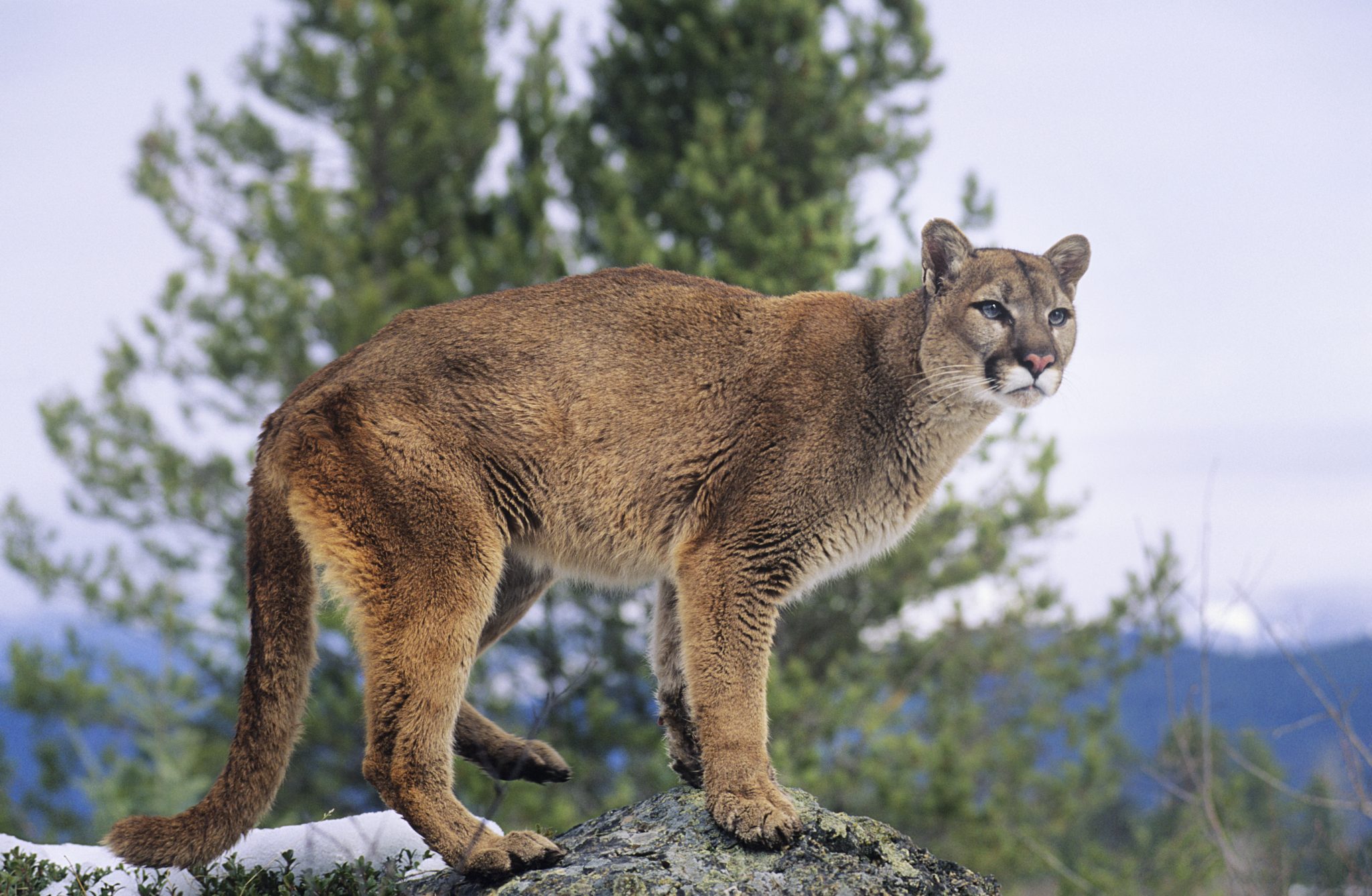 For some, freedom means the right to use nature, even to the point of destruction. Others view freedom as involving an enormous duty to present and future generations: to protect native wild species and their habitats that make America one of the world’s most fascinating places.

We believe that protecting wildlife is a patriotic thing to do, which is why we’ve sought to engage people in a difficult fight to save America’s native lion: the mountain lion. This fight has been going on for decades but is now at an especially crucial juncture.

A short history of the mountain lion

Mountain lions were already at home in the Americas 40,000 years ago, when the first human beings reached the North American continent via land bridge from Asia.

Even as human populations grew, mountain lions still roamed throughout the continental U.S., from coast to coast. Then, with European colonization, came the trophy hunters.

Mountain lions were eradicated from most of their natural range because of intense killing for trophies and “predator control.” And while mountain lion populations have rebounded in many Western states, they remain in only a fraction of their historic range—just 16 states.

To this day, despite their history of struggling to survive, mountain lions are consistently under threat from rampant trophy hunting across their U.S. range.

This persistent threat is especially astounding given that most Americans oppose the trophy hunting of mountain lions.

Trophy hunting may be viewed as a holdover from America’s pioneer days when wildlife and entire landscapes were seen by European settlers as commodities for the taking.

Some areas of the country, like Southern California, are implementing ways to protect their few remaining mountain lions—for instance, by building wildlife bridges—others are putting mountain lion lives up for sale. In June, the Nebraska Game and Parks Commission voted to allow yet another trophy hunt on its very small population of 20-30 adult mountain lions. While the hunt, which would begin in January 2022, will only allow hunters to kill four mountain lions and generate an expected $5,000 (barely a blip in the agency’s annual budget), it could mean the eventual extinction of Nebraska’s Pine Ridge lion population. And Texas remains the only state with a resident population of mountain lions and without a single regulation protecting these cats, which means they can be hunted and trapped without limitation; even kittens can be killed.

The alarming demise of mountain lions across much of the U.S. makes protecting these cats in Midwestern states even more critical. Surviving populations in Nebraska, the Dakotas, and Texas could make it possible for mountain lion families to expand into parts of their historic range, hopefully allowing them to someday call states like Iowa, Minnesota, and Michigan home once again. While we see the occasional mountain lion wander into these states in the hopes of finding new territory and a mate, wildlife agencies have yet to identify any breeding populations.
Nebraska Game and Parks’ insistence on permitting trophy hunting of mountain lions goes against sound science and responsible management. Habitat analysis shows that Nebraska’s landscapes could support many more mountain lions, and federal data show that mountain lion conflicts with livestock are slim to nonexistent in the state. There is simply no need for a trophy hunt on mountain lions.

Not only is Nebraska’s mountain lion population already too small to withstand a hunt, but the loss of additional breeding lions means a reduction in the genetic diversity of the population. As we’ve seen in states like California and Florida, such small populations can suffer from inbreeding which leads to issues like sterility in male lions, meaning an even further reduction in the population—not to mention the death of dependent kittens who cannot survive once their mothers are killed by trophy hunters. It’s a vicious cycle that could all be prevented if Nebraska Game and Parks prioritized mountain lions and the state’s ecosystems over the special interests of trophy hunters.

Our fight to protect mountain lions across their range has gained traction in recent decades. California stands out as a leader, banning the trophy hunting of these cats through a moratorium in the 1970s and then finally through a ballot measure in 1990. Oregon and Washington followed suit soon after, with voters banning the use of hounds to chase down and kill mountain lions during trophy hunts.

Our efforts to protect mountain lions often mean working with decision-makers like legislators and state wildlife commissioners to push humane, science-based policies that reduce the cruel and unnecessary killing of these iconic cats. We also connect engaged advocates with their representatives to help pass new policies or fight against bad policies that harm mountain lions, as well as working with state wildlife agencies to promote sound wildlife management.

In recent years, we’ve made small but noteworthy progress to protect mountain lions in other states. For example, the Arizona Game and Fish Commission voted in 2018 to end year-round lion hunting, prohibiting the recreational killing of these cats during summer months when vital resources like water are scarce. In 2019, New Mexico ended the use of traps to trophy hunt mountain lions.

What you can do to protect mountain lions

None of these changes would have been possible without public pressure from advocates who are willing to speak out to their state’s wildlife commissioners and legislators on behalf of mountain lions. But our work is far from done and we will need your help to keep fighting for mountain lions.

Together, we can achieve national ideals that include valuing the lives of our own native wild animals.

This article by Kitty Block was first published by OneGreenPlanet on 13 July 2021. Lead Image Source : sirtravelalot/Shutterstock.