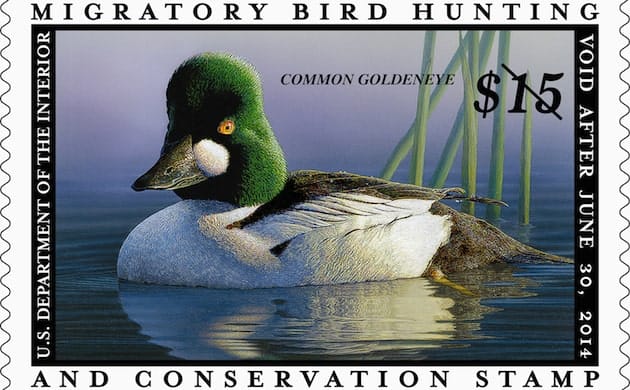 The National Wildlife Refuge system is one of America’s greatest treasures. It preserves habitat, protects wildlife. and provides diverse nature experiences for visitors from around the world.

Coinciding with these figures is something we have suspected for a long time, the majority of Recreational Visitor Days are attributable to non-consumptive activities, followed by fishing activities and hunting activities.

Due to some erroneous numbers thrown about by Duck Stamp advocates, I feel that some explanations are in order.

The MBCF receives money from: sale of Duck Stamps, import duties on firearms and ammunition (not excise taxes which are paid to the states for wildlife and habitat management), appropriations from the General Fund, right-of-way permit and/or easement fees and the sale of surplus refuge lands, any monies remaining after refuge revenue sharing payments have been made to the counties each Fiscal Year, and any Federal Aid monies that are unexpended by a state each Fiscal Year. Collectively, these MBCF funds have purchased about 2.7 million acres or about 3% of refuge land2. To be clear, Duck Stamp proceeds make up only a portion of the 3% of refuge land purchased by the MBCF.

Now, as the popularity of hunting has declined, so too have the sales of Duck Stamps. In 1972 the greatest number of stamps were sold at over 2.4 million. In 2011 that number has decreased to 1.5 million, a 37% reduction3.

Because of these declines, there has been a recent push to encourage birders and other non-consumptive users to buy the Duck Stamp; however, these programs face some understandable resistance. They don’t take into account the valid concerns non-hunters have about buying the stamp, which fall into two main areas:

1. Many wildlife watchers, birders and photographers don’t want to support a stamp that is so intimately and historically associated with hunting.

2. Duck Stamp sales to non-hunters are not accurately calculated to reflect their contributions – which tends to short change the conservation goals of non-consumptive users.

Case in point. On March 5, 2014, the U.S. Fish and Wildlife Service Director Dan Ashe announced the agency will expand hunting and fishing opportunities throughout the National Wildlife Refuge System, opening up new hunting programs on six refuges and expanding existing hunting and fishing programs on another 20 refuges. The rule also modifies existing refuge-specific regulations for more than 75 additional refuges and wetland management districts4.

Is it just me, or does this make no sense?

With all the talk about loss of revenue from the dwindling number of waterfowl hunters, you would think that the U.S. Fish & Wildlife Service would be ecstatic about the growing number of wildlife watchers and non-consumptive users of the National Wildlife Refuges. You would think they would look at these numbers and try to figure out a way to tap into that huge demographic right?

They haven’t, but we have. We have a very simple solution.

Create a second fund-raising stamp for wildlife watchers. A new stamp that says to all non-consumptive users, “You matter, your choices matter, your conservation priorities matter.”

A new stamp that establishes an unambiguous revenue stream for our National Wildlife Refuges while resonating with the values and ethics of the non-hunting community.

Is this idea so difficult to grasp? From the comments we have received over the last year there are thousands of birders, wildlife photographers and others that think this is a great solution to a simple problem. Create a more appealing alternative for non-consumptive users of our refuge system and give people a choice.

There is no competition here. Simply an alternative. An additional choice. One that would obviously be the only choice for some conservationists who want to directly support our National Wildlife Refuge System.

I have yet to hear one substantial argument opposing this proposal. There is just no downside to offering the overwhelming majority of refuge visitors an additional choice. It’s a no-brainer.

Support creation of a Wildlife Conservation Stamp. If you are an individual wanting to support this proposal, check out our “About Us” page and fill out the submission form at the bottom of the page. If you are an organization wanting to add your support, check out our “Organizations In Support” page and fill out the form at the bottom of that page. You can also show your support by liking our Facebook page and following us on Twitter!

Thank you Mary! We believe that millions of wildlife lovers will buy them once we create the stamps!

Great idea, Mr. Jordan! I would buy one.