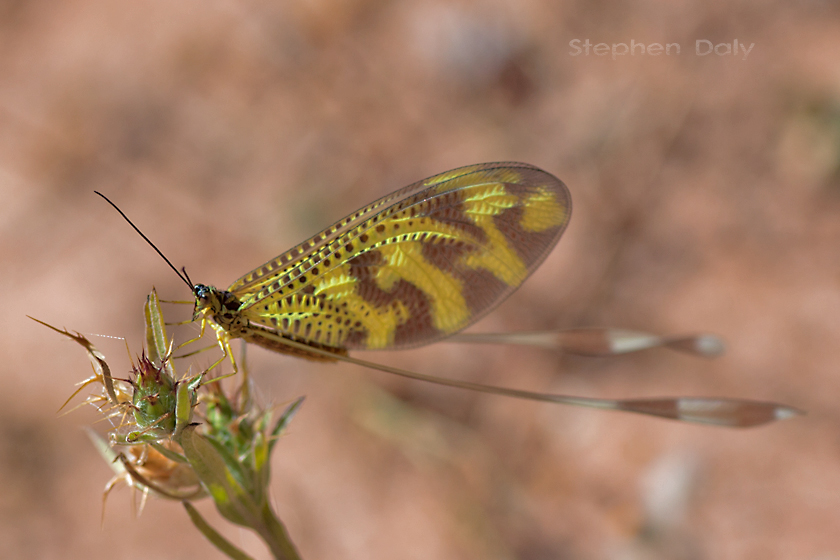 One of the most beautiful Iberian insects is the Wood Fairy or Thread-winged-Lacewing (Nemoptera bipennis), known as Duende in Spanish which translates as an elf or a fairy. My two younger daughters and I went out to look for them in one of the smaller pine woods on the edge of Barbate Marismas.

Within a short time we found a group of twenty or so ‘fairies’ dancing through the grasses and low flowering plants, settling for a while to feed and then off again, skipping through the sunlight and shade with their slow erratic flight. 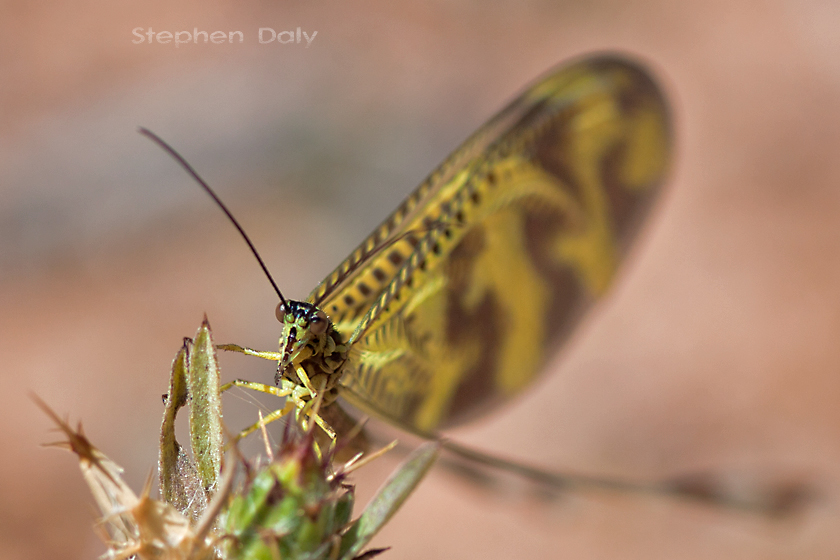 They really are amazing creatures with thier large teardrop wings and long streamers and the girls were both delighted and fascinated at their antics as they put on a dance right in front of us. 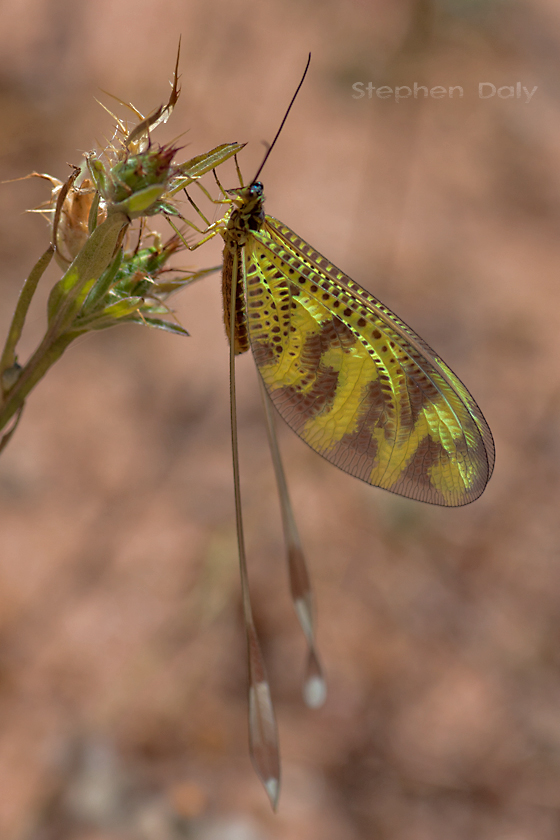 Patience and a bit of stealth is required to get up close enough to them for good macro photos. 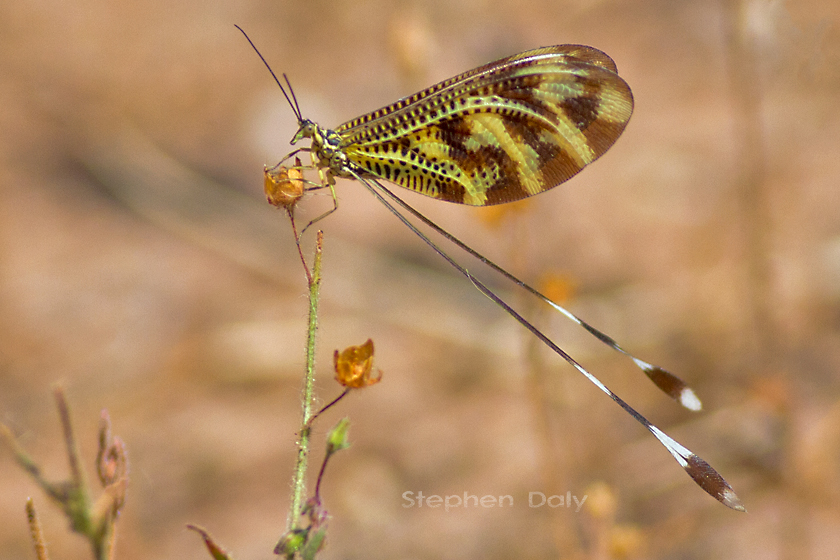 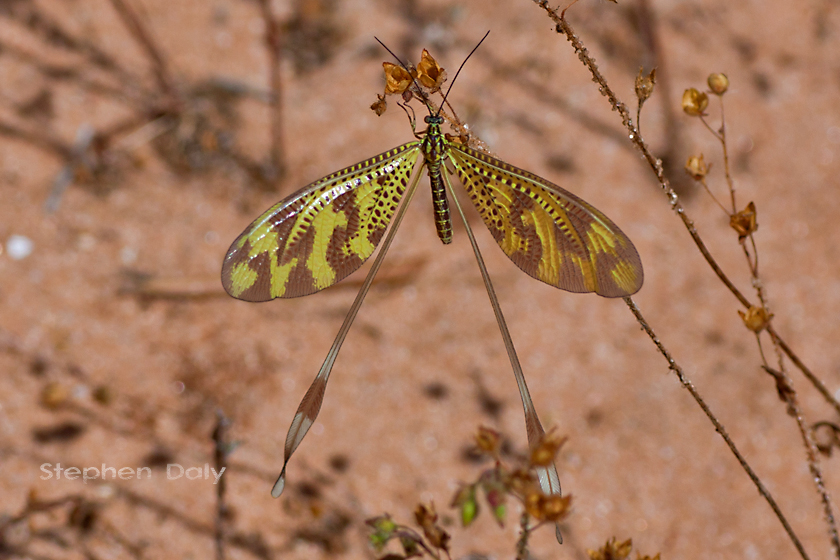 The beauty and diversity of nature never ceases to amaze me and I may have to go back there, sit down quietly on my own and watch them dance one more time…