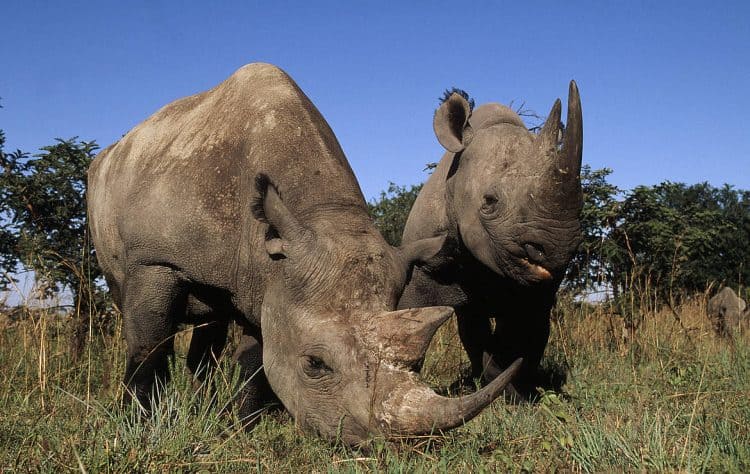 To combat the destructive force that mankind has brought to the planet, various samaritans have sought to conserve, regenerate and protect the endangered species of the planet.

There are a number of threats human life poses to the animal world. These include: polluting the natural environment of animals and often their food supply, destroying areas of habitat for profit or housing, overfishing, eating meat, causing climate change with the use of non-renewable energies which again interferes with animals’ environment and hunting for sport.

Of all the projects in action at the moment, there are a few that stand out as doing work tantamount to saintliness. Below are five top animal conservation projects as well as examples as to the incredible work they are doing.

1.International Rhino Foundation – During the 1980’s there was a wave of sport hunting in Zimbabwe causing the Black Rhino population to decline at an alarming rate, so much so that it had dropped to 1,300 by 1985. This is staggering when you consider that in 1980 this population was as high as 9,500. As a result, in 1989 the international rhino foundation was founded – originally known as the international black rhino foundation – and set about combating illegal hunting and restoring the rhino population. After this amazing work, the species had increased by 400% before 2010.

Celebrating Nature: The Species that are Bouncing Back

2.The World Wildlife Fund (WWF) – Founded in 1948 by zoologist society associate Fairfield Osborn, the WWF operates with the aim of protecting the earth’s natural resources, with a focus on animal life. This organisation has never shied away from the brutal truth that these sort of projects cost money. In their original manifesto, the organisation called for a need of money to; buy land where animals are being threatened, fund mercy missions, pay guardians of wildlife sanctuaries, recruit and educate people who would passionately help the cause. Incredibly, following an art fundraiser, a secret project – now known as project ‘Lock’ – was carried out, whereby a group of (mainly british) mercenaries were sent to fight poachers in nature reserves. Interestingly, their logo – which is of a panda – refers, not to the general vulnerability of the giant panda, but specifically to Chi-Chi, a giant panda who arrived in the US in 1961.

3.Project Aware Foundation – a very modern and innovative non-for-profit organisation, Project Aware is more focussed on the life and health of the oceans. Project Aware was started in 1989 by the association of diving instructors with the main goal of cleaning the oceans and educating people as to the effects that pollution can have on aquatic life. This organisation has used social media and modern technology to recruit a swarm of over 180,000 volunteers, whom the project are reliant upon. The project has now removed over 1 million pieces of litter from the ocean, runs regular volunteer diving missions removing debris from the ocean and has recently launched an app whereby divers from all over the world can report areas that they have noticed pollution, which are then targeted by the foundation.