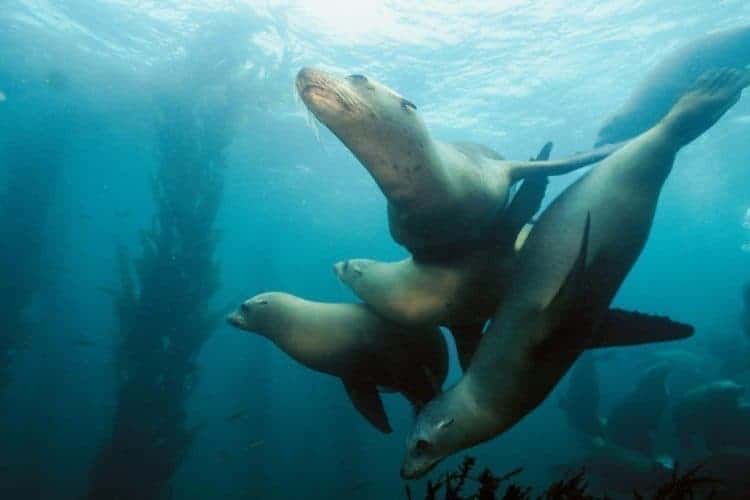 Large growths, or blooms, of the algae off the coast of California may have contributed to the unprecedented number of starving sea lions that have washed up on the state’s beaches since 2013.

The algal toxin affects not only sea lions, but dolphins, fur seals, sea otters, and other species. And the problem is unlikely to go away, particularly because warming ocean waters and nutrient-rich agricultural runoff tend to fuel algal outbreaks.

“The blooms are just going to get bigger and bigger. Sea lions are just the tip of the iceberg,” says Peter Cook of Emory University, who reported the behavioral effects of domoic acid at a conference of the Society for Marine Mammalogy. “It’s a grim story.”

Since 1998, scientists have known that domoic acid causes seizures and other neurological problems in California sea lions (Zalophus californianus). At high enough levels, it can even kill the animals. But until now, only anecdotal evidence suggested effects on behavior.

Researchers studied how 30 sea lions performed on two learning and memory tasks, and found that those suffering from domoic acid poisoning had trouble with a short-term memory task that involved navigating through mazes to find fishy rewards.

They also performed far worse than unexposed animals on a longer-term memory task requiring them to recall which of four buckets contained fish.

“What we found was really striking. It had a huge effect on spatial memory…to the point where their performance on these tasks was not significantly above chance,” Cook says. “Animals with healthy brains are doing much better.”

As reported this week in Science, the scientists also observed large lesions in the animals’ hippocampus, a portion of the brain crucial for navigation, learning, and memory. Brain imaging revealed that the toxin disrupted communication between the hippocampus and the thalamus, which is important for coordinating and relaying signals.

“The guys with hippocampal damage were sort of lost at sea,” Cook says.

Domoic acid is produced by the diatom Pseudo-nitzschia australis. Shellfish and other prey species eat the diatoms, and then sea lions and other predators eat the shellfish. In the sea lion brain, domoic acid mimics a neurotransmitter called glutamate, eventually overwhelming and killing neurons in the hippocampus that use glutamate to talk with one another.

In recent years, blooms of this diatom have been increasing in both frequency and duration. This year’s bloom spanned from California to Alaska, shutting down crab fisheries and sending oddly behaving sea lions to California’s beaches and marine mammal rescue centers.

Normally, sea lions forage for fish in near-surface waters, returning to the same general areas year after year in search of sardines, anchovies, and market squid. But when those prey species move or become scarce—as has happened in the last five years—sea lions with hippocampal damage may be unable to find food, remember where it is, and take care of themselves and their pups.

Scientists think these difficulties could be contributing to the waves of sea lion pups that have been washing up on the California coast.

“The thinking is that the sea lions aren’t able to find the fish because they really don’t have the memory to locate them,” Johnson says. “If you change their normal patterns, they don’t have the ability to figure that out.”

This article was first published by National Geographic on 14 Dec 2015.