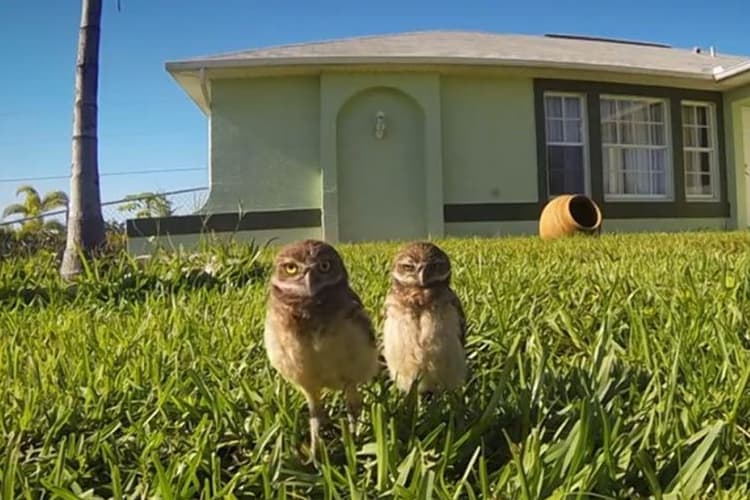 Wildlife photographer Megan Lopez captured two burrowing owls in a front yard bouncing to the beat. But GoPro added some hip hop music — and the clip has become a hoot!

These birds sure know how to bounce. Hilarious footage shows two burrowing owls appearing to have a dance-off in a front yard.

One nods and bobs his head before inching his way towards the camera. His feathered friend looks on in bemusement, perhaps waiting for a more up-tempo beat to kick in.

The adorable clip was captured by wildlife photographer Megan Lopez. She left a GoPro on in the grass and the cute critters were filmed after she’d left for work one morning.

This article was first published by the Daily News on 09 Feb 2015.