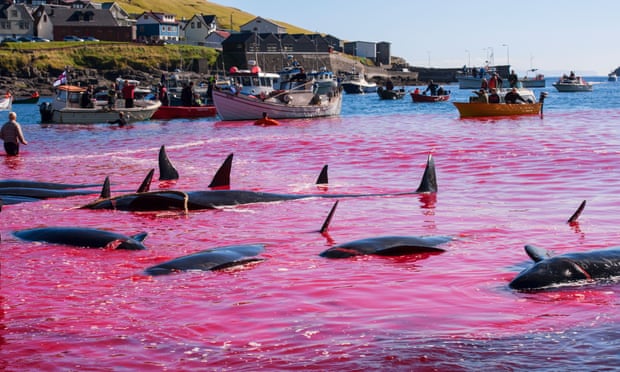 We already know some of the earth’s largest animals are facing a range of threats from climate change and pollution to habitat loss, but according to a new study our demand for their meat is now one of the biggest threats to their survival.

For the study, which was just published in the journal Conservation Letters, an international team of researchers looked at 292 species who are considered megafauna using weight as a threshold. For mammals, ray-finned fish and cartilaginous fish it was 220 pounds, and for amphibians, birds and reptiles it was 88 pounds.

They then used the IUCN Red List of Threatened Species to assess the extinction risk these species are facing, and the findings aren’t good. According to their work, at least 70 percent of these species are declining, while 59 percent are now facing extinction, while the biggest threat to many of them is human consumption.

Some of them are among the world’s most iconic and beloved species, like elephants, rhinos and sea turtles, while others may not be getting the attention they deserve, like the Chinese giant salamander, whale sharks, dugongs and the Somali ostrich.

“The most common threat was harvesting, which is another word for killing them directly through fishing, hunting or trapping,” the study’s co-author, William Ripple, distinguished professor of ecology at Oregon State University’s College of Forestry, told Popular Science. “Direct harvest for human consumption of meat or body parts is the biggest danger to nearly all of the large species.”

Our growing ability to hunt large animals at a distance has played a major role in the loss of large species, who are being killed both legally and illegally has increased the death toll, but many species are also suffering as a result of being killed unintentionally in snares and traps on land, or by gillnets, trawls and longlines in the ocean.

Not only is their disappearance inherently disheartening, it’s going to have an impact that will cascade through the ecosystems they help keep healthy. The study’s authors hope to see global action to protect megafauna by reducing the demand for meat and parts of large species, limiting trade and protecting critical habitat, in addition to creating and promoting educational campaigns about the importance of these imperiled species.

They point to the success of the International Whaling Commission, which adopted a moratorium on commercial whaling that nearly all countries still abide by today, as an example of how international cooperation can help species survive and recover.

“Preserving the remaining megafauna is going to be difficult and complicated,” said Ripple. “There will be economic arguments against it, as well as cultural and social obstacles. But if we don’t consider, critique and adjust our behaviors, our heightened abilities as hunters may lead us to consume much of the last of the Earth’s megafauna.”