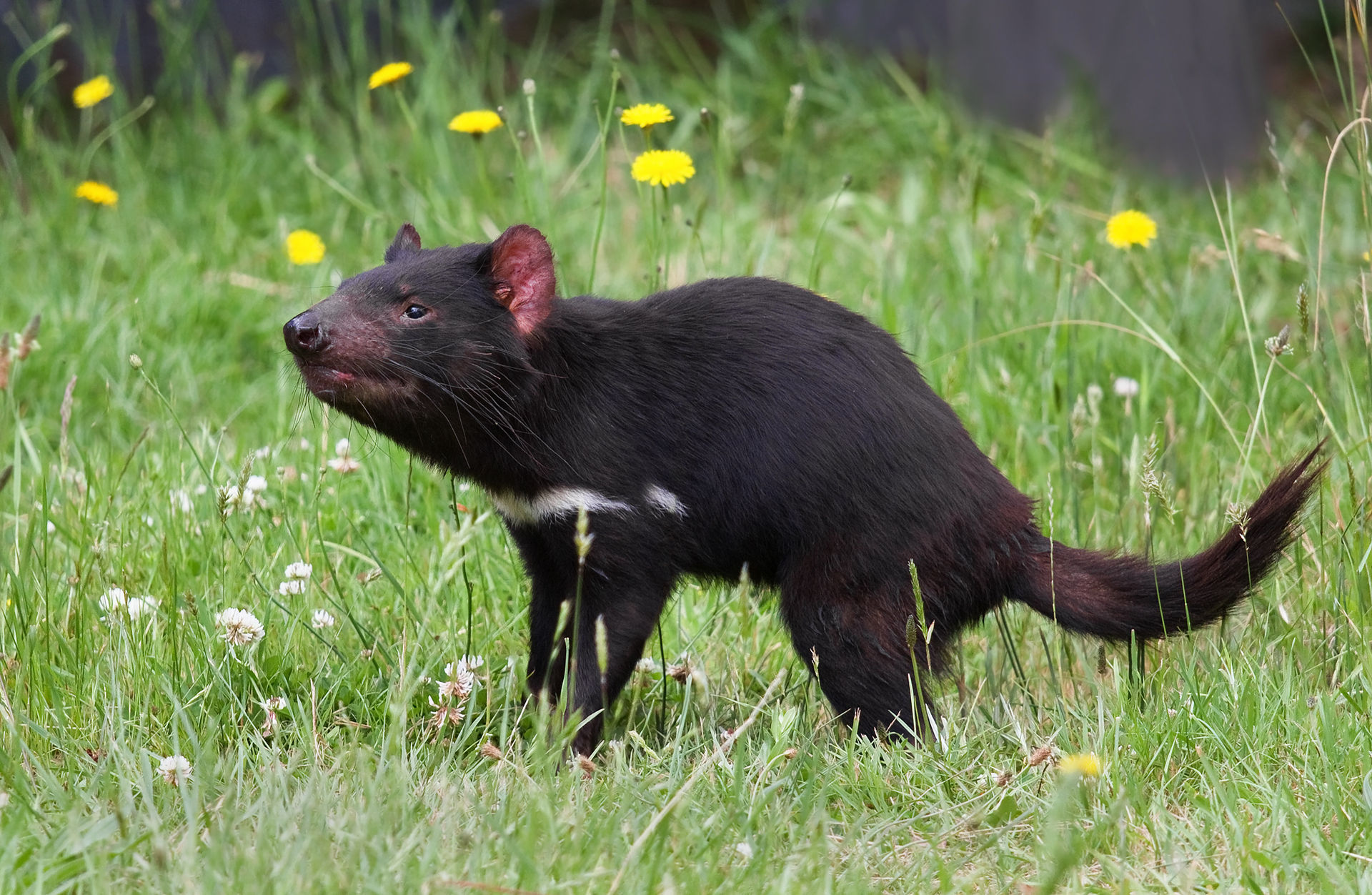 Camera traps bring you closer to the secretive natural world and are an important conservation tool to study wildlife. This week we’re meeting the largest carnivorous marsupial in the world: the Tasmanian devil.

Tasmanian devils (Sarcophilus harrisii) used to live in Australia but now they can only be found in the island state of Tasmania, Australia.

This nocturnal marsupial lives in open forests, grassy woodlands, coastlands scrub and brush where it spends most of its days alone in hollow logs, caves, or burrows, and only emerging at night to feed.

Did you know that Tasmanian devils have four toes in their hind feet but five toes on their forefeet? That’s what makes these devils so good at eating their food. Also, like other marsupials, their tails swell with stored fat when they are well-fed.

Special thanks to Dr. Christine Hosking for sharing this footage with us. Dr. Hosking is a semi-retired researcher with the University of Queensland.

As a conservation biologist, she is always interested in the environment and wildlife around her.

The images were taken with her wildlife camera at a private property on the East Coast of Tasmania, in an area called the Chain of Lagoons.

This article by Romi Castagnino was first published on Mongabay.com on 23 June 2020. Lead Image: Photo by JJ Harrison via Wikimedia commons (CC BY-SA 3.0).