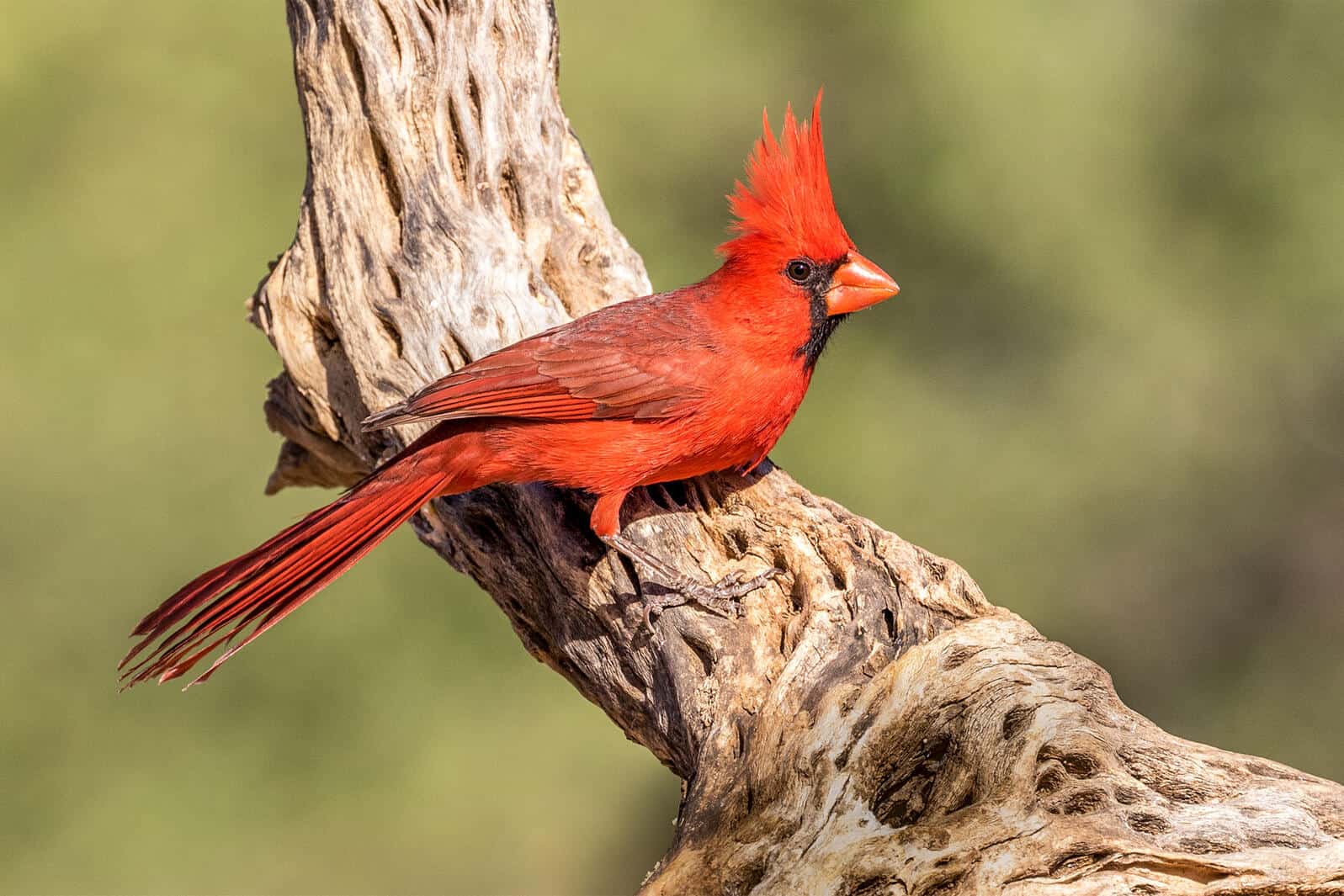 This audio story is brought to you by BirdNote, a partner of the National Audubon Society. BirdNote episodes air daily on public radio stations nationwide.

Male Northern Cardinals, Scarlet Tanagers, and House Finches all have striking red plumage that’s thought to play a role in attracting mates. To develop red feathers, they need to eat seeds or fruit containing pigment molecules called yellow carotenoids. Their bodies then change those pigments from yellow to red.

Males with the brightest red feathering tend to have the best luck with the females. Scientists think that a male’s redness signals to females that he has just what it takes to help produce superior offspring.

But just because a male is a brilliant shade of red, does that mean he’s stronger or more fit than his duller-colored competitors?

Scientists think one answer may lie in a male’s mitochondria, the energy powerhouses inside the body’s cells. Research indicates that red carotenoids are concentrated in the mitochondria. And bright coloring is linked to mitochondrial performance.

In general, birds with the brightest color also tend to have better immunity, winter survival, foraging ability, and skill at avoiding predators.

So those bright red males may not be all feathers and no substance after all.

Today’s show brought to you by the Bobolink Foundation.