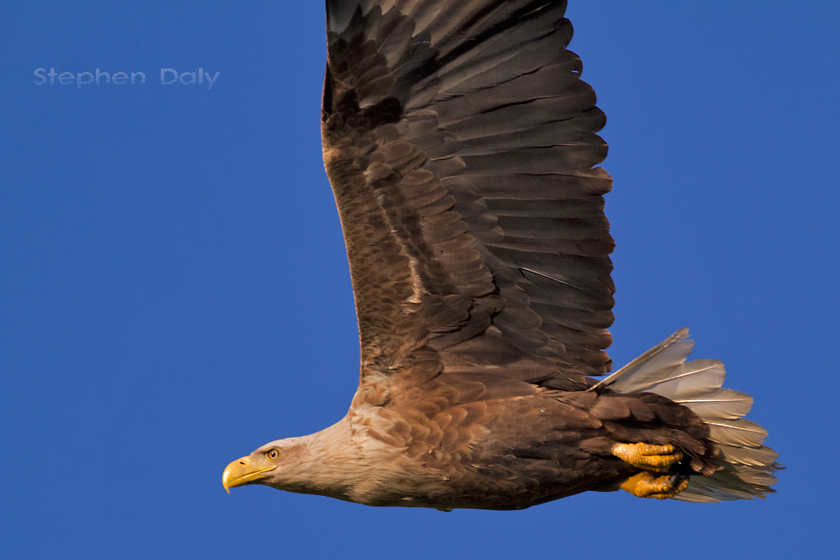 During this month’s group tour to The Danube Delta we we had returned to our floating ‘pnton’ or hotel which was berthed on one of the many tributaries and courses of the old Danube, relaxing with a beer on the mid-deck when this lovely adult White-tailed Eagle flew towards the boat and landed directly opposite us in a tree.

My camera gear was down below in my cabin and I decided this was too good an opportunity to miss, so I crept slowly backwards and out of view from the bird and went as quietly as I could down below. What seemed like ages to me I climbed back up to the middle deck, switching on my Canon and checking the settings. I came onto the deck as slowly as I’d left and to my delight the bird was still there. I then started to take many static shots and kept my camera held high looking through the viewfinder waiting for the bird to leave its perch. The moment came and I was rewarded with some very satisfying action flight shots of this massive bird of prey. 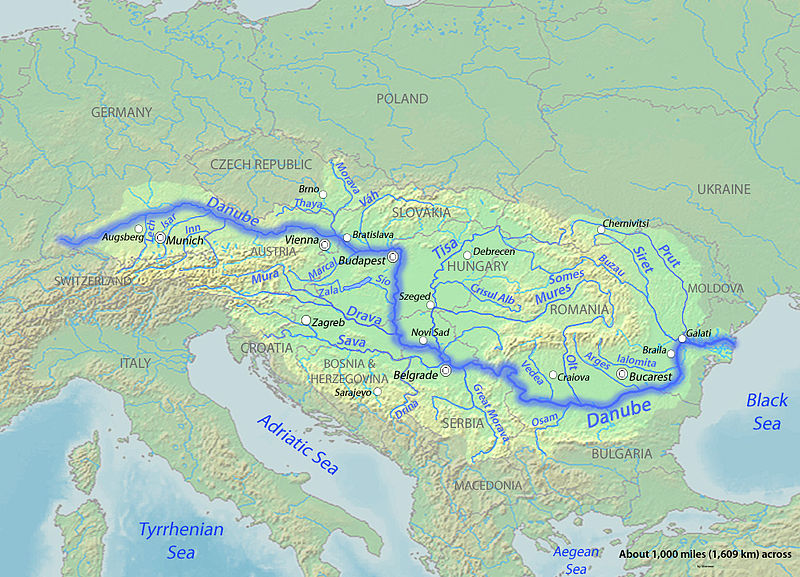 The Danube Delta situated at the end of the mighty Danube River an international waterway which starts it’s course in my wife’s homeland in The Black Forest in Germany. The river flows south-eastwards for 2,872 km /1785 mi) passing through or touching ten different countries before reaching Romania and Ukraine on the Delta and finally pouring into the Black Sea.

White-tailed Eagles are magnificent creatures specialising in wetlands, sea coasts and larger lakes and rivers. It’s a very large raptor with a long and broad wingspan which is over 2.45m (over 8 feet). Birds in the wild can live over 20 years and are usually non-migratory.

Severe cold in winters can devastate first year or young bird populations and generally speaking with all birds of prey, 60-70% of all birds that fledge successfully don’t survive their first winter.Recent introduction of this once native species in Scotland have gone through tough times with Man being an additional hazard to the re-colonisation of this species.

White-tailed Eagles have no natural predators but egg-collectors, intense human activity, lack of food and deliberate poisoning are the main factors that add to their struggle for survival. 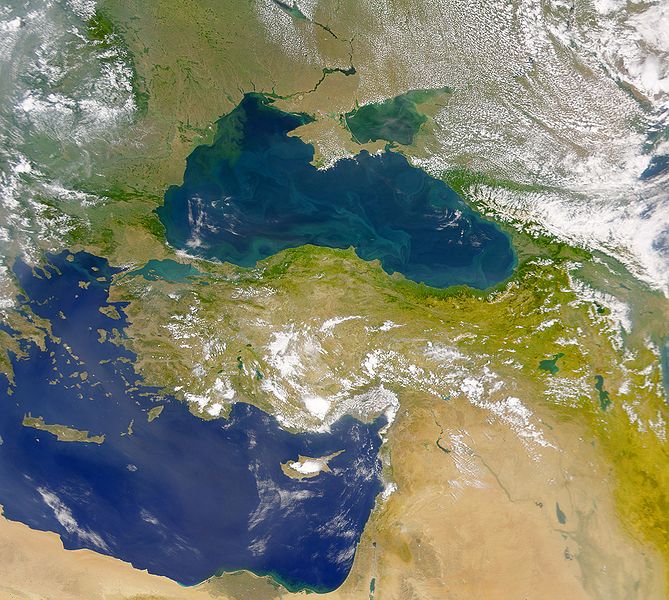