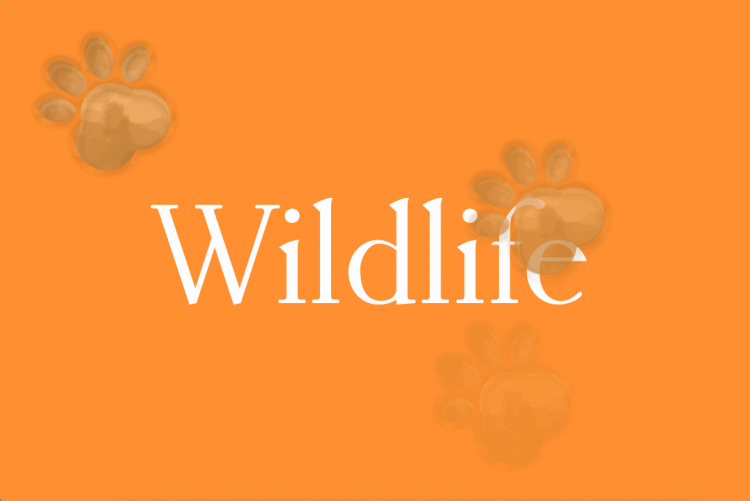 Wildlife is concerned with the protection of species, the preservation of their habitats and the rewilding of natural spaces. It encompasses but does not limit to the animal world. All living things fall under the wildlife theme. Yes. Even sea cucumbers.

What is the inherent importance of wildlife at the scale of our planet? Well, it’s everything. Before any live matter appeared on the globe, planet Earth was but a scorching planet not so different from Venus and Mars. If it weren’t for living things and their innovative photosynthesis technique, our planet would be a very different, very lifeless place. Plan A, the first data-driven crowdfunding platform in the fight against change create a series of video explaining the 6 battlegrounds against climate change.

Once the process of transforming CO2 into O2 using solar rays was figured out by single-cell algae, the transformation of the Earth’s dynamics, and especially its atmosphere, became inevitable. The living component of the planet is therefore arguably the most important tipping point for the advent of a planet fit for human life.

The biosphere is the most sensitive and adaptable layer of the planet. Living forces regulate the levels of mineral and atmospheric components of the planet, just like the aforementioned levels of CO2 and O2.

When there is an imbalance, the most adapted species rises to a point where it depletes the environment from resources it needs to survive (reminds you of anyone?). When this point is reached, the species’ population falls back to a level that can be handled by its environment.

This is a state-of-the-art check and balance system to regulate the planet’s equilibrium on a local as well as on a global level. But there is a catch. The interdependence and correlations between all of the species and ecosystems also make the whole system fragile. If too many species fail at the same time, then the entire structure menaces to collapse, and drag in its wake the rest of the planetary structure, such as the atmosphere’s composition and the richness of the soil.

It is one thing to understand the fundamental importance of biodiversity for the entire structure’s safety. It is another to do everything we can to thwart or at least limit the World’s Sixth Mass Extinction Event that humans are responsible for. Visit Plan A’s wildlife page to find live climate action projects across the world that support biodiversity on our planet.

The first fully-fledge fundraising platform in the fight against climate change.

Plan A is a fully-fledged fundraising platform in the fight against climate change. We strive to provide accurate, on point, and fun information to raise awareness on the anthropocene and its negative impact on nature, humans and wildlife alike.