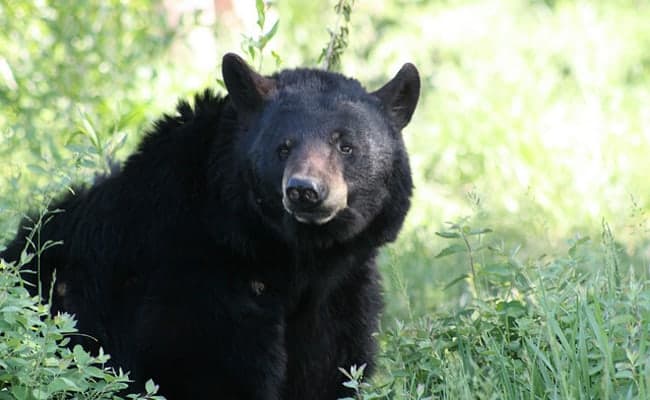 If you’ve ever wondered whether public outcry really has any effect, look no further than Florida. Based almost solely on public pressure, the Florida Fish and Wildlife Conservation Commission (FWC) decided this week against authorizing a black bear hunt in 2017 or 2018.

Wildlife advocates are extremely happy with the news. Hunters, not so much.

Yes, pity the poor Florida hunter — like in 2016, he’s got one less species to blast at with his gun this year.

This conflict is a direct result of the disastrous 2015 Florida bear hunt. Black bears had not been legally hunted in the state since 1994. Furthermore, the bears occupied Florida’s Endangered and Threatened Species List as recently as 2012, when they were removed. Their recovery was a state success story.

Nevertheless, a mere three years later, the FWC decided to hold a hunt in 2015. Within the two preceding years, four women were attacked by bears. Those maulings prompted concerns that too many bears were approaching thesuburbs to forage. The bears are attracted to human trash, as well as yummy palmetto berry bushes.

Conservationists sued the FWC to stop the proposed hunt a week before it was to kick off. The FWC’s bear expert, Thomas Eason, testified in the 2015 preliminary injunction hearing that the hunt wasn’t primarily intended to reduce the number of bear attacks.

In a 2015 statement, the FWC said, “The primary purpose of a limited bear harvest is to manage the bear population while providing carefully regulated hunting opportunities, and the proposed hunt has been aligned accordingly.”

Well, fine, but why are we “managing” that population?

Apparently the bears are not so populous that they’re starving. Is it because they’re “a danger” to humans? Or are encroaching on their territory just to eat?

When concerns about bears in suburbia arise, hunting shouldn’t be the first line of defense. It turns out that people can do a lot to discourage bears.

Stop allowing unfettered human harvest of palmetto berries, for one. Leave the berries to the bears. After all, they need them as part of their diet. For another, require the use of bear-proof trash cans. They make such a product– how about using them?

So why couldn’t the FWC try these non-lethal measures before authorizing a hunt to “manage” the population? Well, that’s precisely what conservationists wanted to know.

In the end, the judge rejected the bid for an injunction to stop the 2015 hunt. Tellingly, though, he noted that “The commission could have had some better timing,” and indicated its bear population estimate could have been stronger.

“It appears to me that the commission had a sufficient scientific basis” for the 2015 bear hunt, the judge explained at the time. “Could they have had a better one? Yes.”

Despite the flawed science and weak population numbers, the judge found the hunt’s limit of no more than 320 bears wouldn’t cause irreparable harm to the species.

As it turned out, Florida sold a whopping 2,360 bear licenses at $100 a pop for state residents in 2015. Non-residents had to pay $300. Ah yes, that’s a nice influx of cash to state coffers isn’t it? Hunters from all parts were itching to shoot a bear.

“If there are not too many bears in the woods, and conflicts with humans in suburbia can be almost completely solved with simple changes in human behavior,” Adam Sugalski, campaign director for “Stop the Florida Bear Hunt” told The Washington Post in 2015. “Why is the state authorizing the killing of 320 bears?”

Lots of people wondered the same thing. In fact, they were concerned enough that ahead of 2015′s hunt, 40,000 individuals lodged objections with the FWC. That’s a solid 75 percent of those voicing an opinion one way or the other.

The public, without question, did not want a bear slaughter.

Does the science behind”bear management” require another hunt?

“The science is absolutely rock solid to support a sustainable bear hunt (in 2016),” FWC executive director Nick Wiley Wiley told The Tampa Bay Times. However, with such insistent public opposition, “we’re not ready to go back into another hunting season.”

Ultimately, in 2015 officials had to call off the week-long hunt after only two days. Because so many bears were killed so quickly, the public insisted that the hunt end. By the second day, 304 bears were dead.

In addition to those killed in the hunt that year, 248 died in collisions with vehicles, and 107 more were killed because they’d become “nuisance or conflict animals.”

In the fall of 2016, the FWC polled almost 1,300 people. Nearly half — 48 percent — said they’d oppose another bear hunt in 2017. That’s a high number for this kind of poll, especially when 70 percent of the same respondents claimed to support hunting overall.

That kind of resistance demonstrated to the FWC that they’d have strong opposition yet again if they tried approving another hunt so soon. Animal activists get the lion’s share of the credit for that decision.

Good for you, Florida animal lovers! The lesson learned here? Public outcry works. Never stop speaking out about loud and long about something you deeply object to. If enough people join you, you can turn the tide and make a difference.

Never give up the pressure to help animals! It is time that government must listen to what the people want and brutal hunting is something that is totally reprehensible and savagery at its worst!

There’s no need this wanton slaughter. For God ‘s sake, stop this.

I don’t think two years is enough but it gives Florida a chance to change and people to be more aware and stop these crazy hunts for money and sport!..Killing ANY animal for sport is disgraceful. Hunting to feed your family is another thing, and there is NO reason now adays for that either!

The only good hunter is a dead one. Hunt the hunter!